Each of the following columns supports a block of identical mass, m. The columns are fixed at the bottom and free at the top. The height of the first column is twice the height of the second column. The modulus of elasticity, E, and moment of inertia, I, for both columns are the same. The systems have natural periods of vibration of T1 and T2, respectively. Neglecting the weight of the columns, what is the natural period of vibration for the first system? 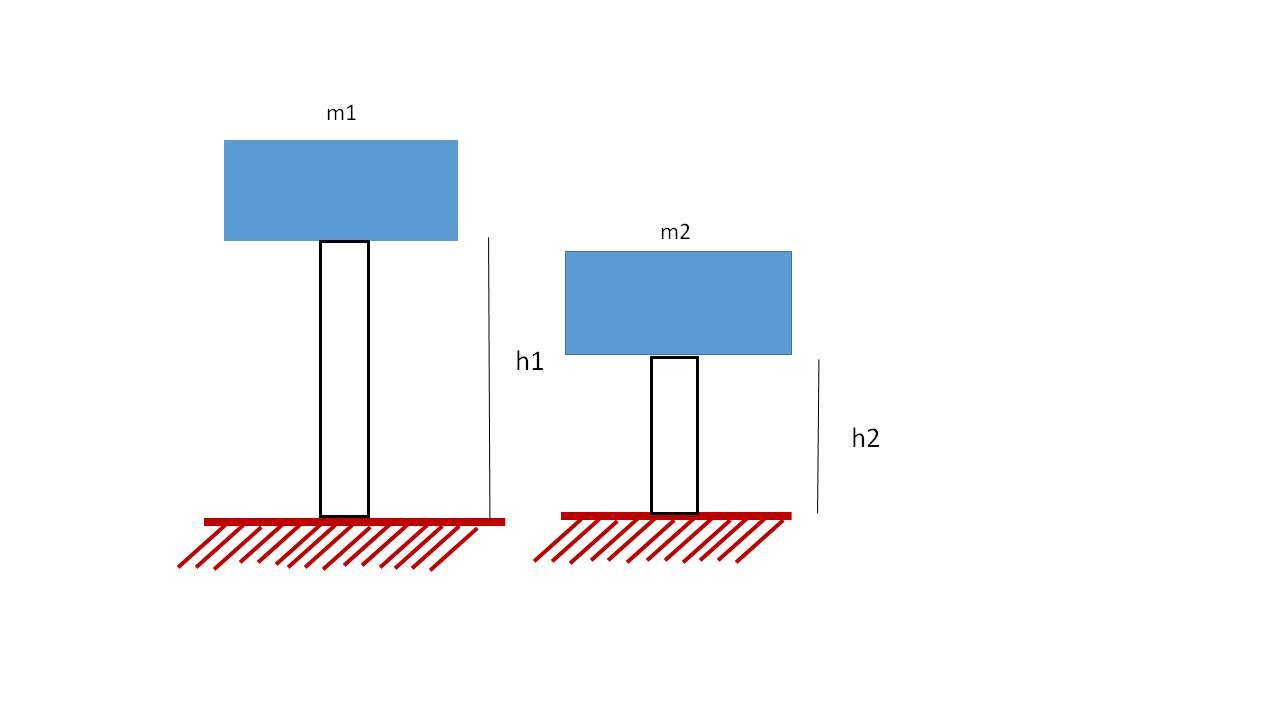 The stiffness of a cantilever beam is described by

Introduction to Diaphragms As diaphragm is consid...

When a structure is subjected to sufficiently high...

When a nonlinear relation holds between applied fo...

The moment distribution method is a structural ana...

Fatigue is the initiation and propagation of crac...

Elasticity is ability of a deformed material body...