Interesting bridges around the world

Each one of them is unique in its own way! 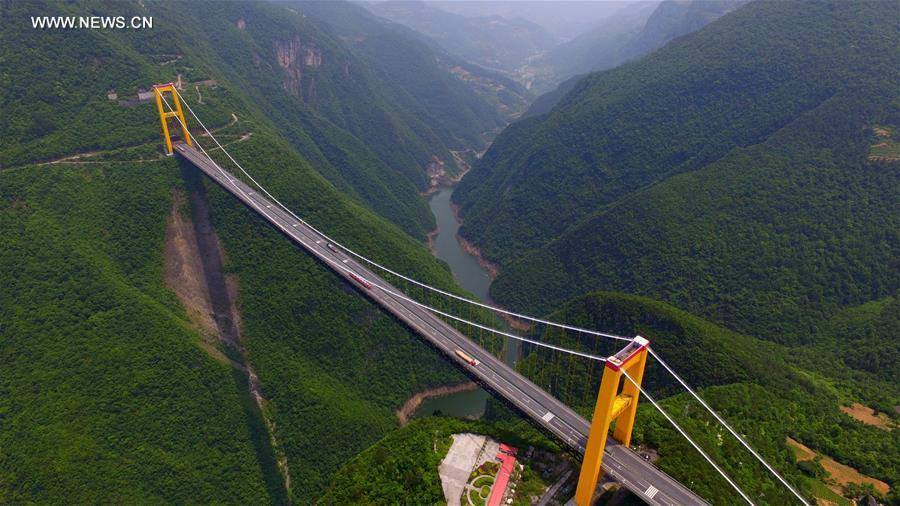 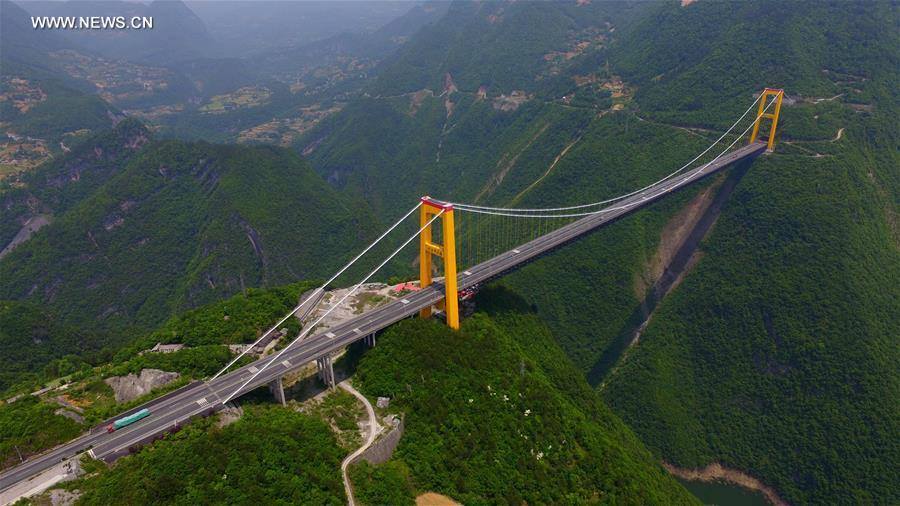 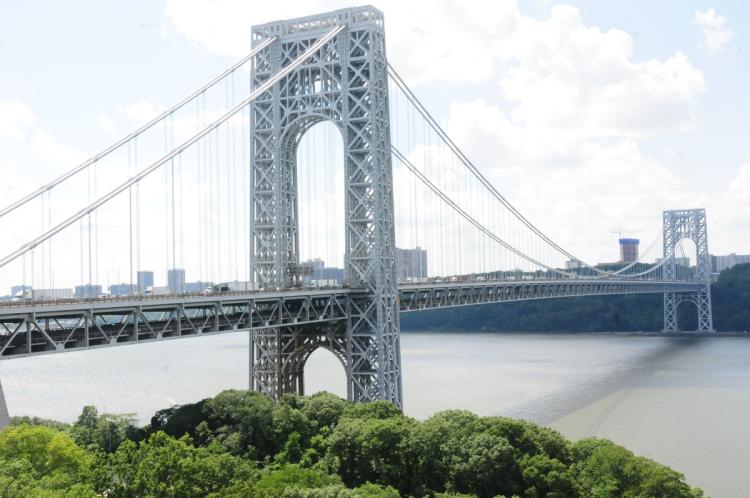 Also known as GW Bridge, it is the busiest bridge in the world, with 140,000 vehicles passing over it per day. 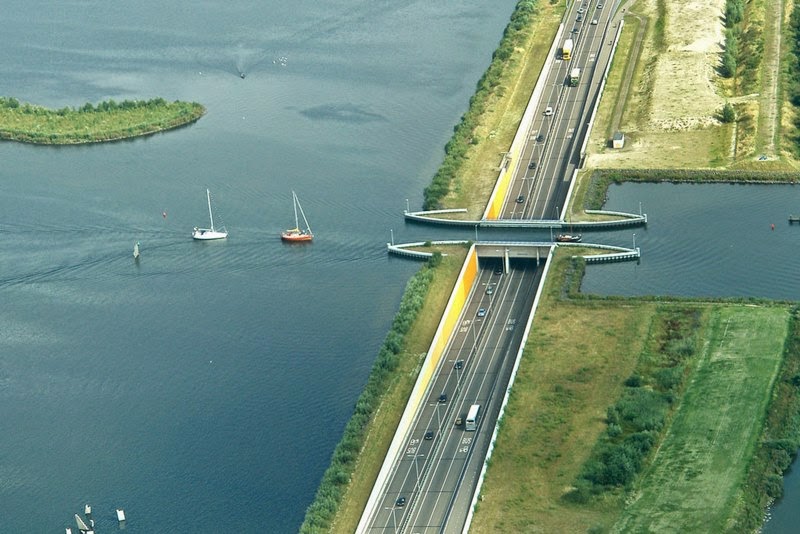 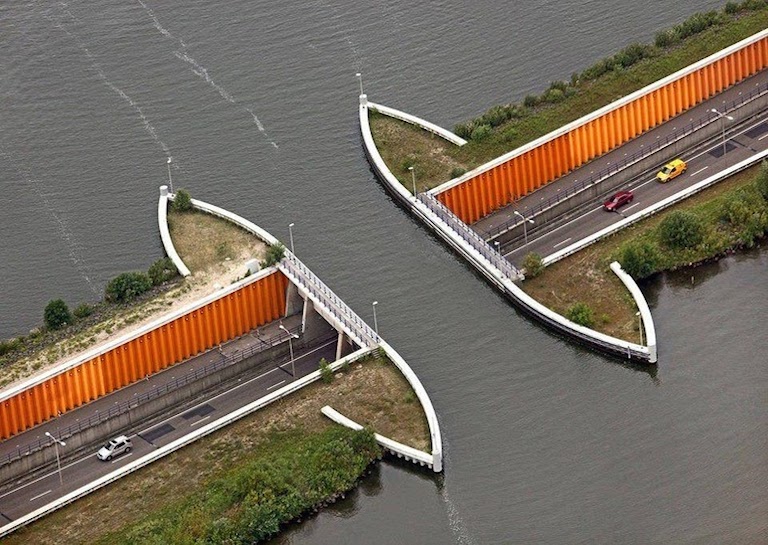 The Veluwemeer Aqueduct is 25 meters long by 19 meters wide and its design allows constant traffic flow both on the road and in the water. Opened in 2002, this shallow 3-meter deep water bridge allows for small boats and other water vehicles to pass with ease. Engineers selected this design to other waterway passage techniques as a tunnel would have required much more time and effort with the same end result, and a road bridge would have meant a larger budget and longer construction. 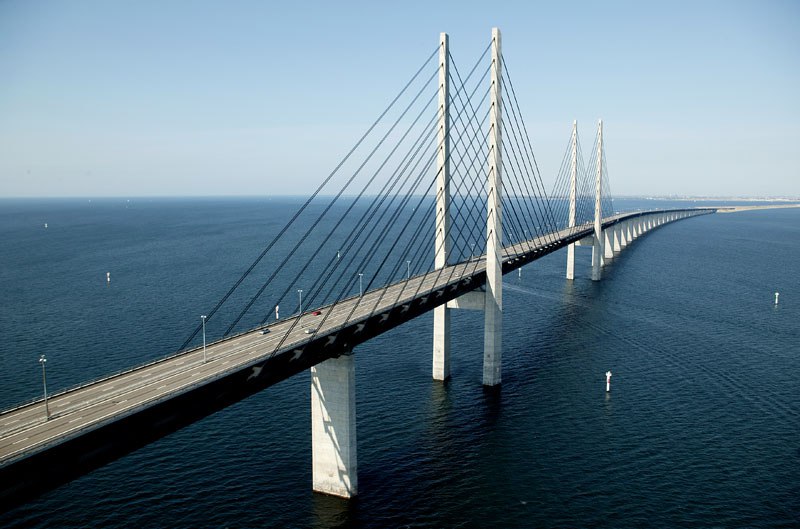 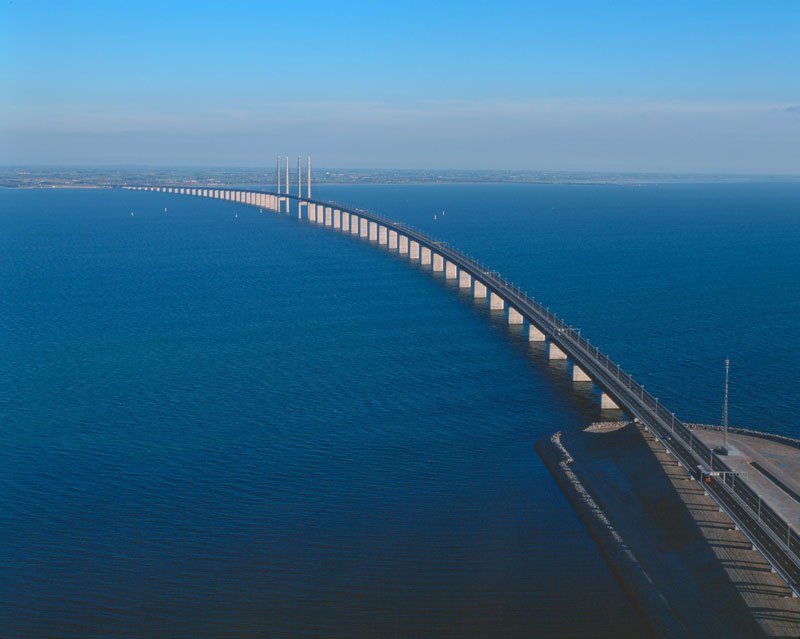 The Oresund Bridge crosses the Oresund strait and connects Sweden to Denmark. It begins as a cable-stayed bridge in Sweden and ends as a tunnel in Denmark. A small artificial island was built around the tunnel's entrance to keep water from creeping in. 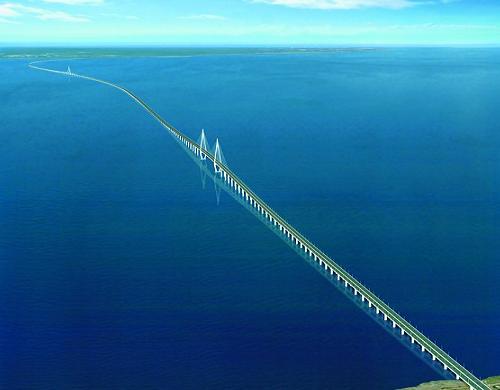 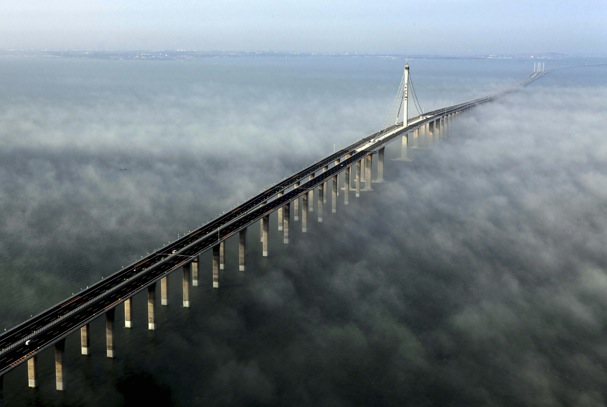 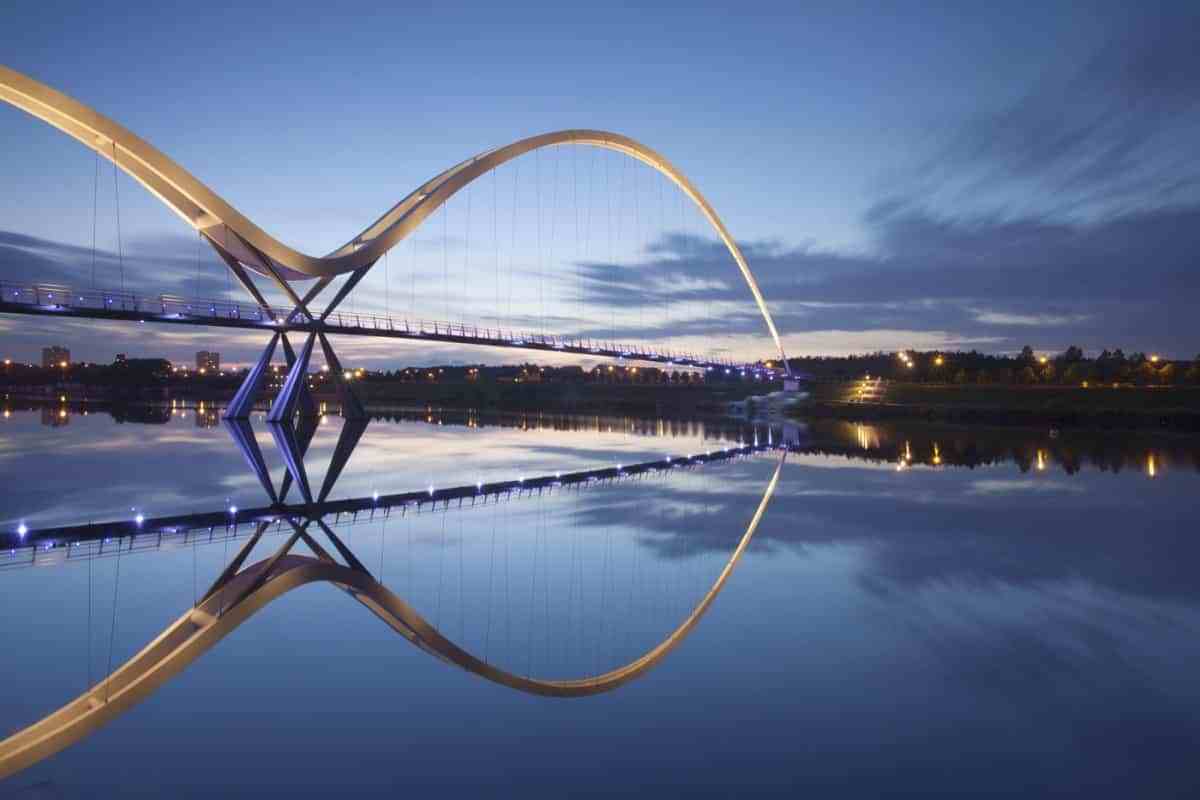 The name of this pedestrian and cycle footbridge derives from the infinity symbol formed by the bridge and its reflection. It has a total length of 240 m(787 ft) and is 5m (16 ft) wide. 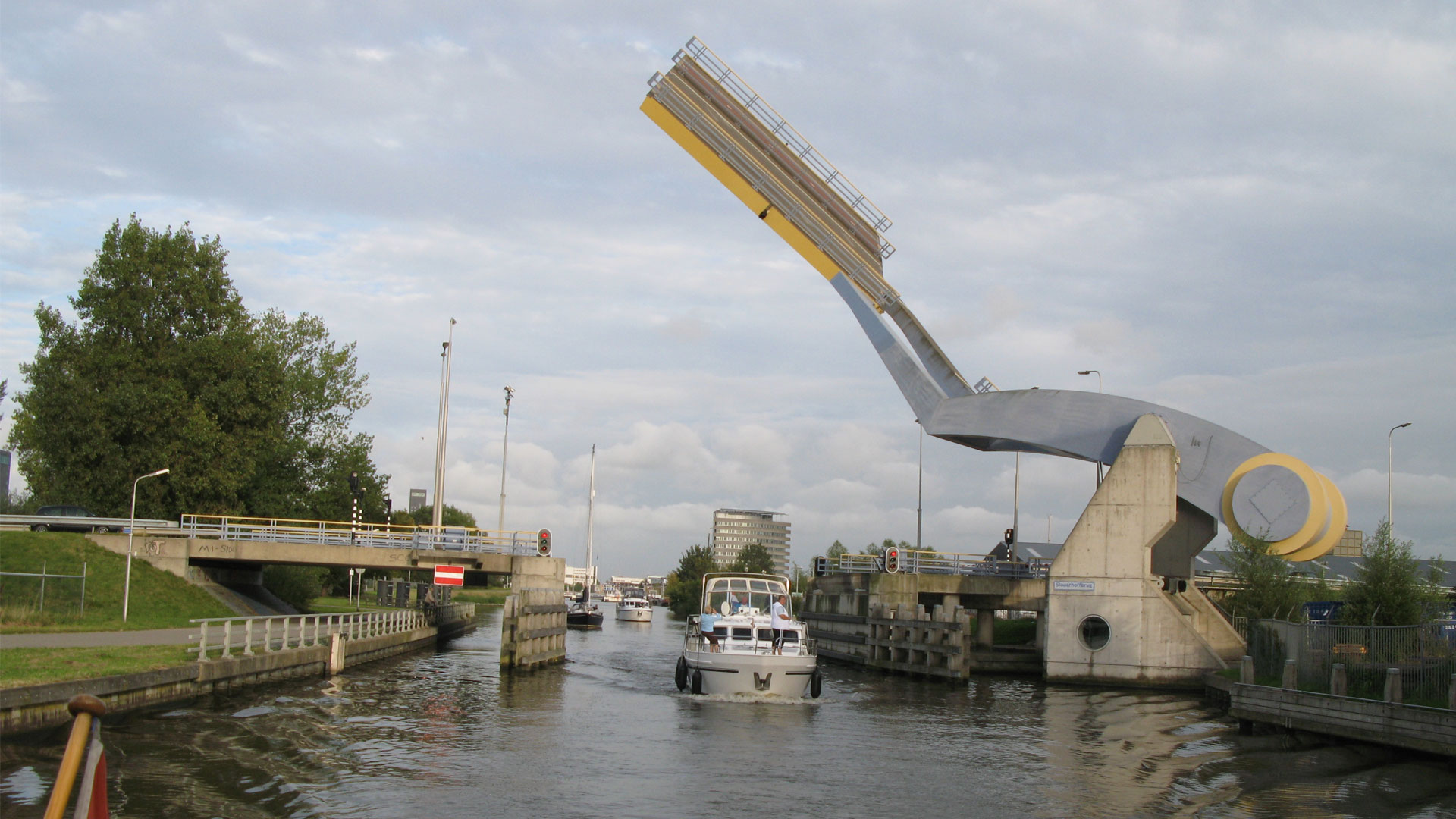 The Slauerhoffbrug is a fully automatic bridge with the ability to detect traffic and switch its position to allow either ships or vehicles to pass. 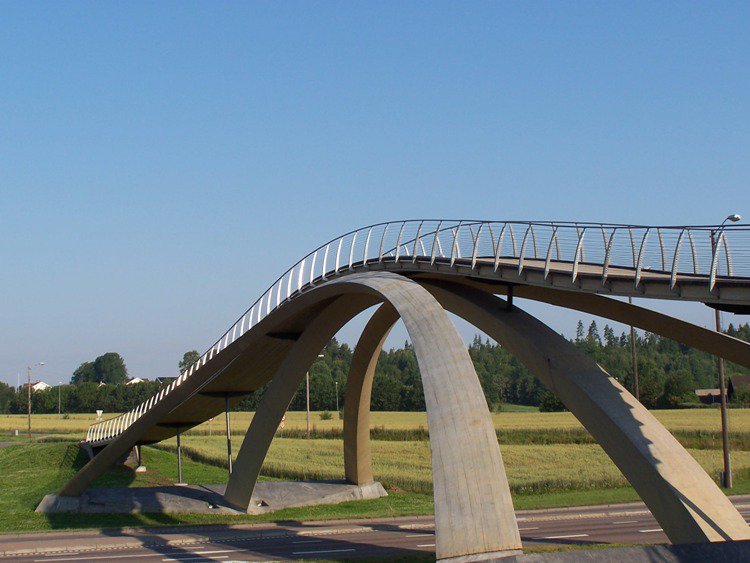 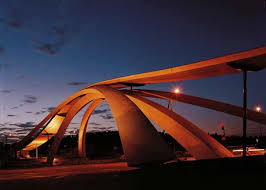 This pedestrian and cycle bridge is the first major civil engineering project to be built from da Vinci's drawings. Da Vinci first sketched the bridge for Sultan Bayezid II of Constantinople, but none of the Sultan’s engineers thought it could be done! 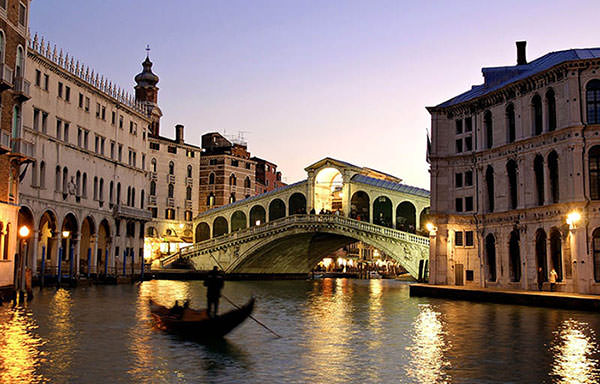 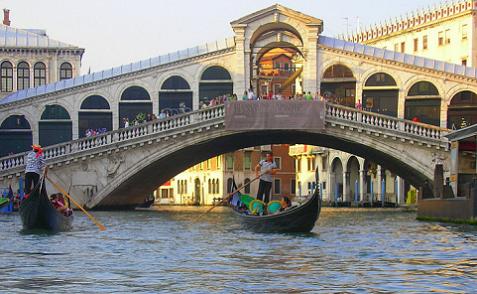 The Rialto is the oldest of the bridges that span the Grand Canal. In 1591, when Antonio da Ponte submitted his design, the engineering was considered so outrageous his peers practically laughed him out of his gondola, predicting that the bridge would soon fall down. 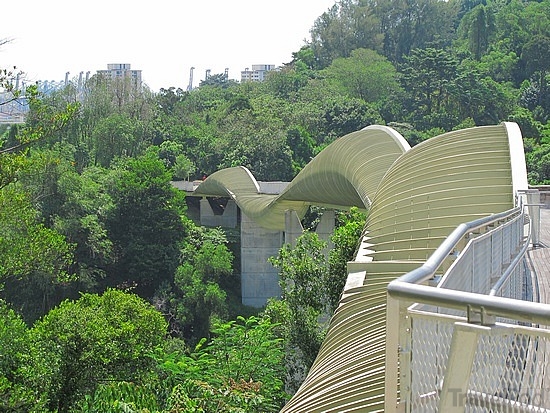 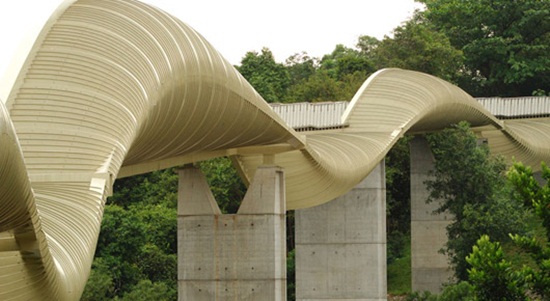 This ultra-modern foot and cycle bridge was built to connect three parks and gardens located in the hills of Southern Singapore. Resembling a wave, a snake, or even a giant slinky, it was designed around mathematical principles and depending on your position on the bridge, your perspective of the surrounding city and countryside is constantly changing. 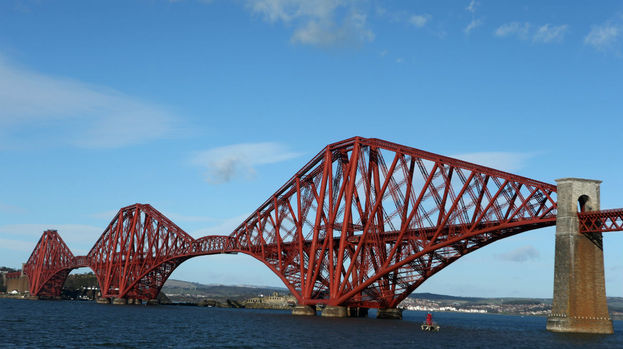 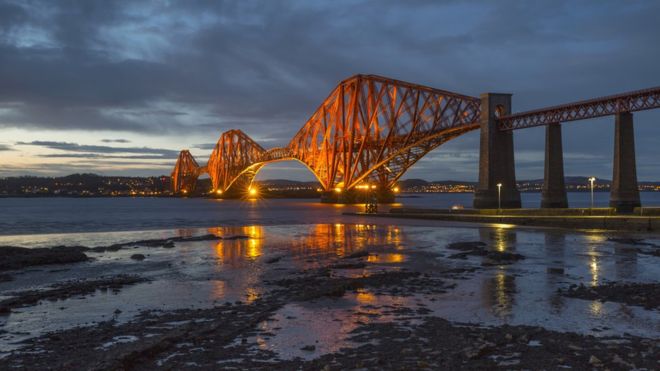 11. The Forth Bridge, Edinburgh, Scotland

The Forth Bridge, which opened in 1890, is an iconic structure and a symbol of Scotland. In 2015, this railway bridge was listed as an UNESCO World Heritage site. 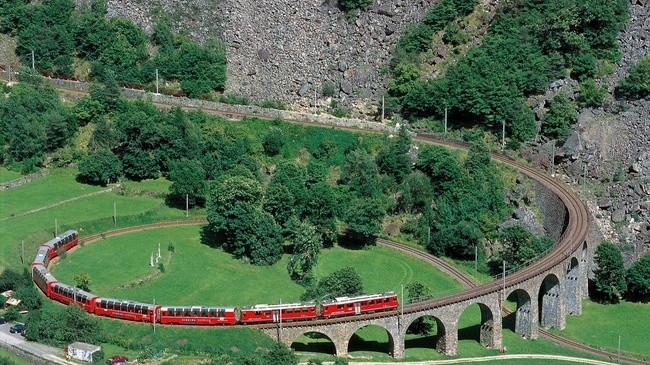 This single-track nine-arched stone spiral railway viaduct, located near Brusio, Switzerland, was built to limit the railway's gradient at that location within its specified maximum of 7%. 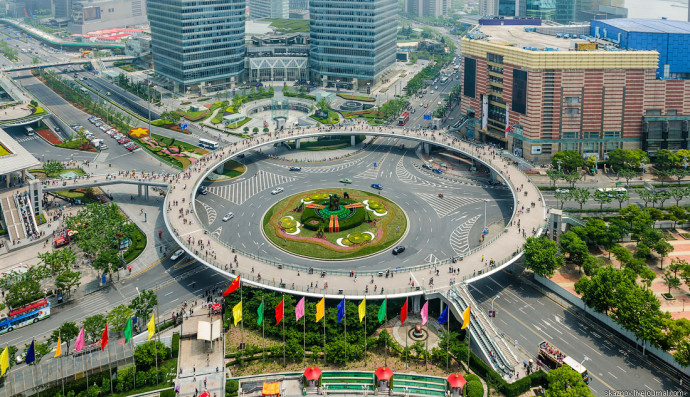 Built 5.5 m (20 ft) above the Lujiazui Road, this pedestrian bridge is a tourist attraction as it offers privileged street views of the city. It allows people to avoid the busy traffic in the Lujiazui round-about, while connecting leisure areas such as malls and cafés to transit stations and office buildings. 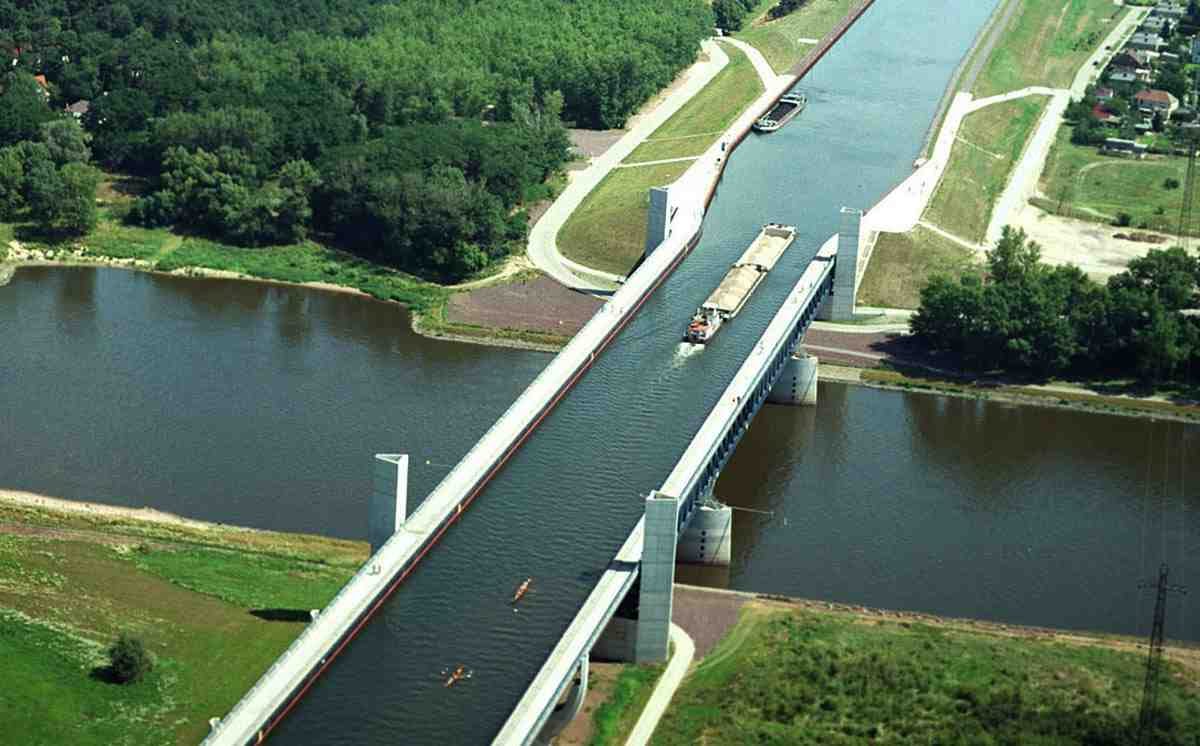 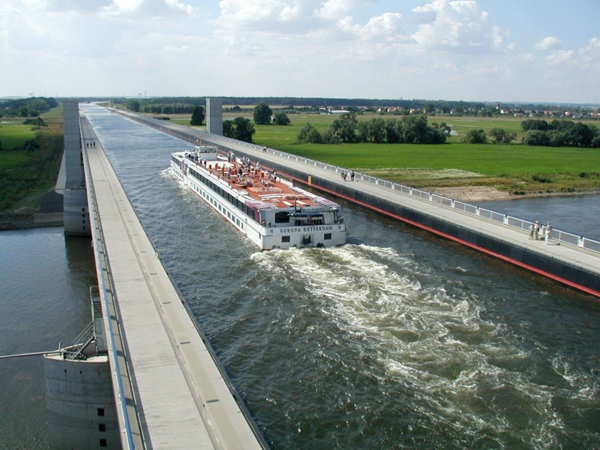 The longest navigable aqueduct in the world at 3,012 feet, this water bridge was completed in 2003 to connect the Elbe-Havel Canal to the Mittellandkanal. Construction was initiated in the 1930's but World War II and the division of Germany thereafter suspended work for more than 60 years. 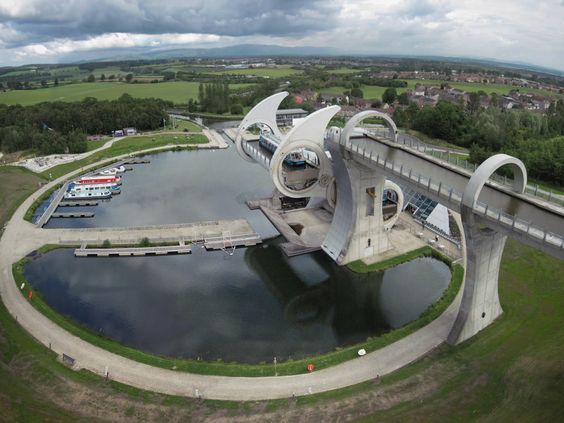 The Falkirk Wheel, that opened in 2002, reconnected the Forth and Clyde Canal and the Union Canal for the first time since the 1930s. The wheel raises boats by 24 metres (79 ft), but the Union Canal is still 11 metres (36 ft) higher than the aqueduct which meets the wheel. Boats must also pass through a pair of locks between the top of the wheel and the Union Canal. It is the only rotating boat lift of its kind in the world, and one of two working boat lifts in the United Kingdom.