The most famous bridges of the world

There are so many bridges in the world in different styles, like old stone bridges or steely, footbridges, expressway bridges.

Bridges unite the world and allow us to see the world from above. Let's see the most incredible architectural achievements.

According to the American Community of Civil Engineers, this bridge is one of the miracles of the modern world, while the famous travel guides consider it as the most beautiful and the most photographed bridge in the world.

The oldest suspension bridge in the world is located in New York and connects Manhattan to Brooklyn over the East River. It appeared in numerous films and television series.

The landmark of london around the world. It consists of two towers connected by two horizontal platforms.

Recognized as the oldest bridge in Europe and the only one in Florence that "survived" during the Second World War, it is made entirely of stone, and it is one of the few bridges in the world that hosts shops. It seems that the word 'bankruptcy' was invented there. When a shopkeeper didn't have the money to pay the debts, then the soldiers broke (roto) the table (banco) that was used as a counter in his shop. This practice was called 'bancorotto' (broken table).

Its architectural style is Safavid. The name 'Si-o-se Pol' means "Bridge of 33 Arches" because it is composed of 33 arches.

Known also as the Chapel Bridge, it is the oldest wooden bridge in Europe and one of Switzerland's most important sights. In the beautiful bridge there is the water tower (wasserturm) with 43 meters height, and it used to be a place of torture and prison.

It is the first bridge in Shanghai made of steel and concrete and it is resting on wire ropes. With a total length of 8346 meters, it is the third longest bridge of this kind in the world. Its spiral shape was preferred to occupy the least possible space on the ground.

That bridge was made of wood, and it was the first dry crossing in Venice in 1181. The current stone bridge was completed in 1591 and it is a faithful copy of the original.

The uniqueness of this bridge is that it forms a huge X. It is the only one in the world with two curved patterns based on a single concrete support.

It is about 9 km long and it is part of two national American routes (I-275 and US 19). It took five years and 177 million euros for its construction. In 1994 it was named Bob Graham Sunshine Skyway Bridge in honor of the governor of Florida Bob Graham.

This is the only one tilting bridge in the world. It crosses the River Tyne and gives access to pedestrians and cyclists.

At an altitude of 700 meters above sea level, on top of Gunung Mat Chinchang, there is the footbridge Langkawi Sky Bridge with length of 125 meters. A look at the pictures is just enough to see why the word 'sky' contained in its name. Only via cable car can someone has access to the bridge (Langkawi Cable Car). From this bridge one can enjoy the spectacular view of the virgin forest of Pulau Langkawi. 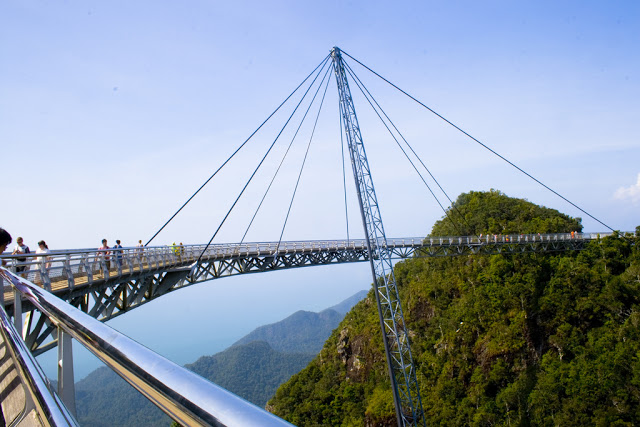 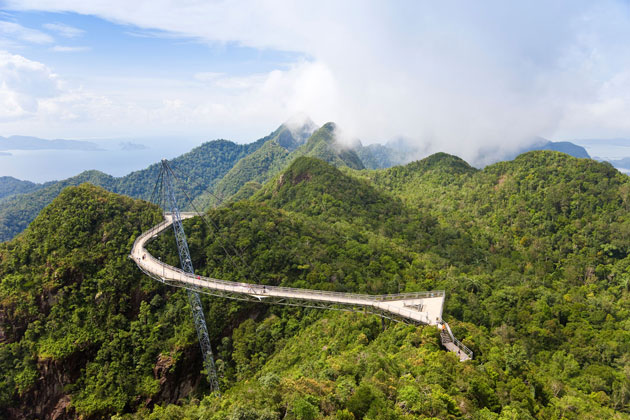