Turkey’s 4th connecting bridge between Europe and Asia is expected to be completed on March 2022.

The project is named after the 1915 Gallipoli World War I naval battle, an important historical event for Turkey and the region. At this stage of project development, the construction teams are working on the platform that connects the two sides of the bridge.

Once completed, the bridge, crossing the Dardanelles Strait, will be the longest midspan suspension bridge in the world, with a central span of 2,023 meters. It will be 32 meters longer than the world's longest bridge – the Akashi-Kaikyo Bridge between Kobe and Awaji Island in Japan. Moreover, the bridge towers will reach 333 meters in height. 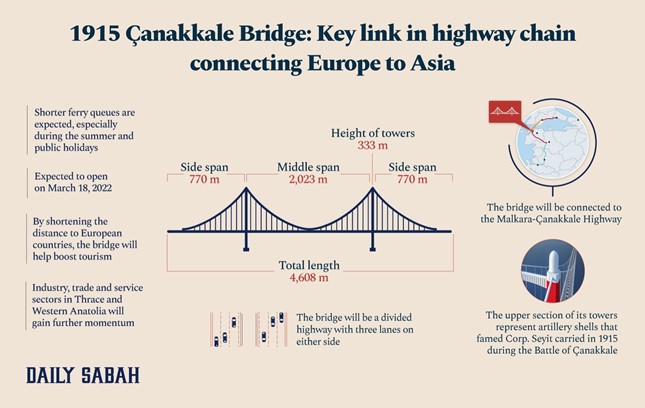 The megaproject will be a key element in the region’s expanding infrastructure network by creating facilitating transportation from Istanbul and Thrace provinces to the Marmara and Aegean regions, as it will be an important link to the Malkara-Çanakkale Highway.

The “1915 Çanakkale Bridge” is expected to result in a reduction in ferry traffic, especially during the summer months, by reducing the travel time between the two sides to about only four minutes.

Setting one more example of the expanding use of...

A decorated figure within the Structural Engine...

Keller team is working on the iconic Brooklyn Bri...

Keller has delivered one of its largest projects,...