The cable-stayed bridge, whose collapse killed 10 construction workers, was set to be opened in March as part of a major highway linked to the capital Bogota

On January 15th, a partially constructed bridge in central Colombia collapsed, killing 10 workers and injuring 8 more during scheduled drainage work. The Chirajara bridge, located in the Cundinamarca Department crossing a ravine at a height of 280 meters (920 ft), was part of an expansion of National Route 40 between BogotÃ¡ and Villavicencio.  It was estimated to be 446 meters (1,463 ft) long, with about 80 m (260 ft) still being incomplete when the incident occurred. The structure was held by stay-cables from two support pylons, of which one collapsed. According to Coviandes, the Bogota-based infrastructure firm being in charge of the project, the part of the bridge that collapsed was already completed. The National Infrastructure Agency is investigating the case, while experts from the American Institute of Concrete (a non-profit organization) also visited the site in order to determine what might have caused the tragedy.

The first indications show that â€œunusual loadsâ€ during construction could be blamed for the collapse, and due to the geologically challenging terrain, there was probably an issue with the foundation of the main pylon that started it all. â€œCable-stayed bridges often experience larger (and more different) forces during erection than those applied later on in life from the road traffic and environmental effects.  This applies to any cable-stayed bridge, built anywhere. However in the developing world, the levels of quality control, management control systems, understanding, thoroughness, checking and independent review can be lower and less robust than one would see in the developed world.  And therefore, unusual forces during construction might become more dominant, and sadly catastrophicâ€, says independent bridge consultant Simon Bourne. Furthermore, it has been observed that the still-standing other half of the bridge is at risk of collapsing as well and its demolition could take about two months, according to experts.

The bridge and road overhaul are a part of the countryâ€™s massive â€œ4Gâ€ infrastructure program that is attracting billions of dollars in private-public partnership investments to improve Colombiaâ€™s transportation system with eight bridges and five tunnels. 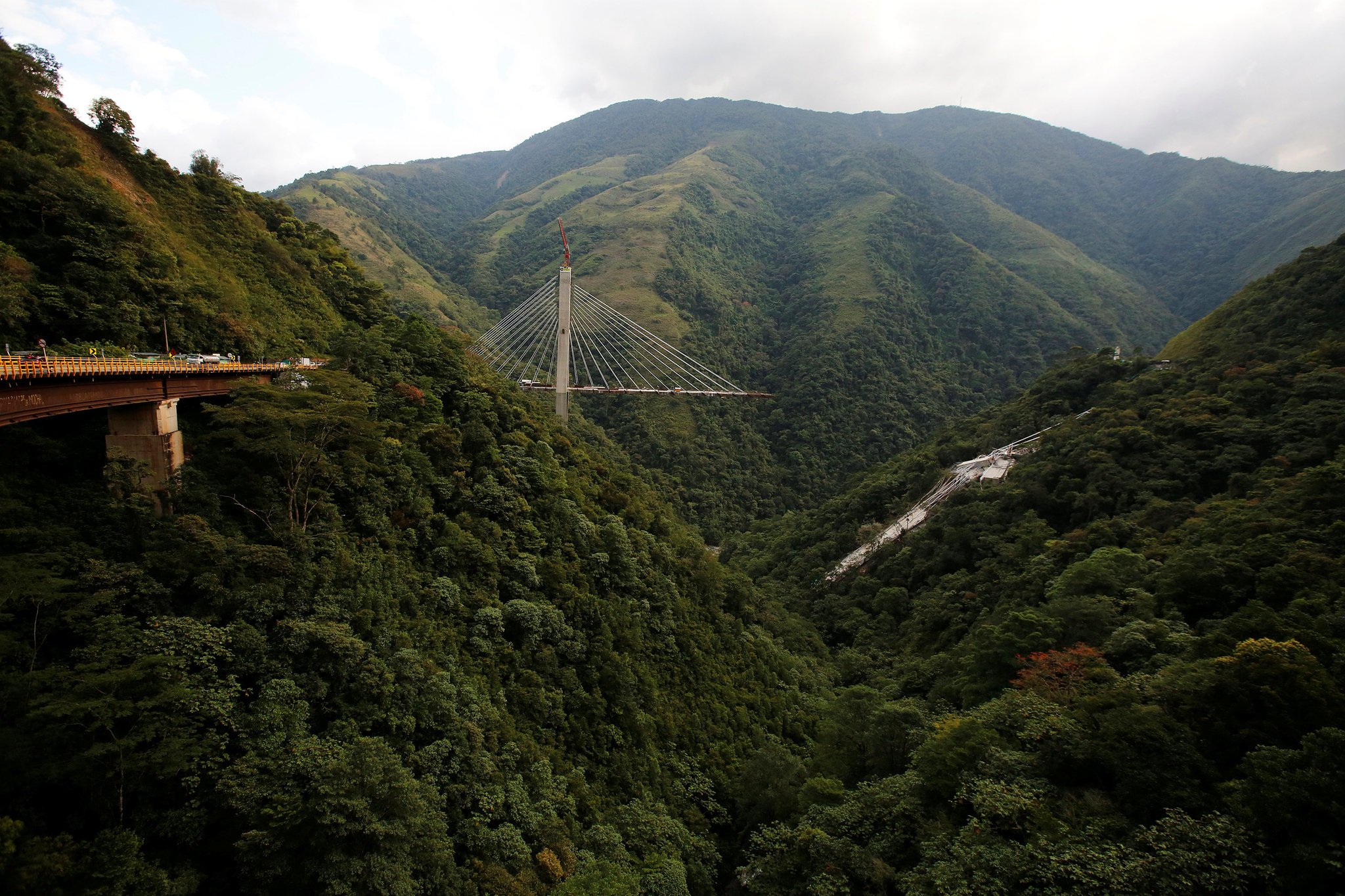 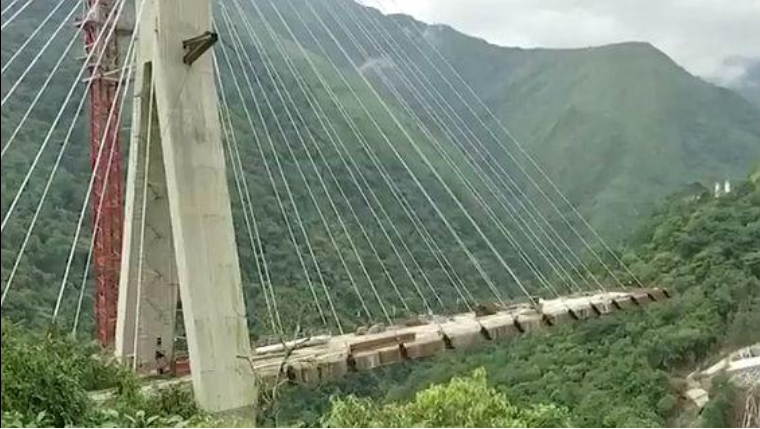 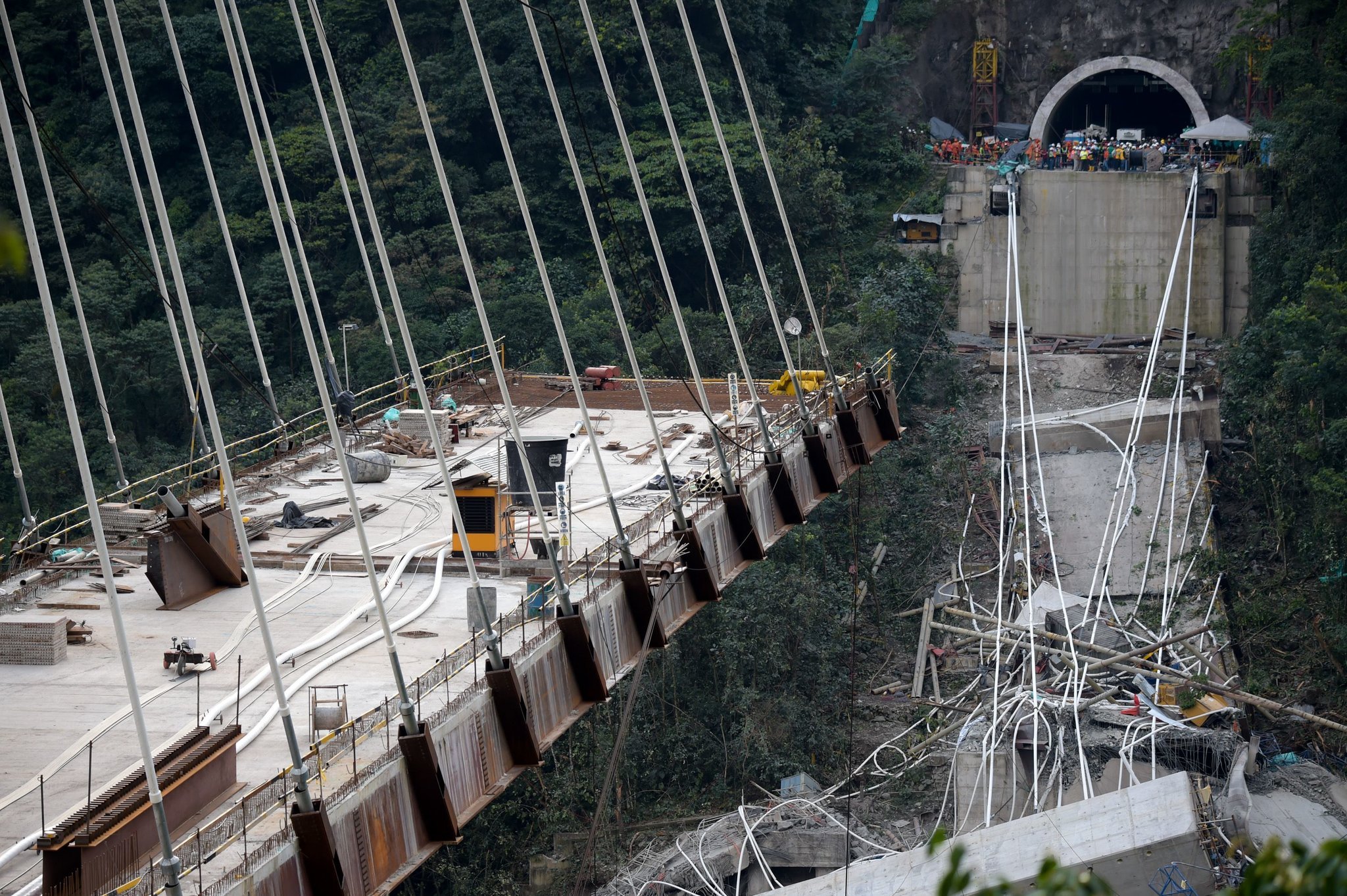