The bridge, which was expected to open in January 2019, was being built using a method called accelerated bridge construction

The main 174-foot section of a pedestrian bridge at Florida International University (FIU) in Miami collapsed on Thursday, March 15th at around 1:30 p.m., killing six people and injuring another ten. The bridgeâ€™s purpose was to connect the Universityâ€™s campus with a neighborhood in Sweetwate, home to more than 4,000 of its students. It was designed by FIGG Bridge Engineers and constructed by Munilla Construction Management, using an accelerated construction process meant in part to reduce the time that street traffic was halted. According to the president of Florida International University Mark Rosenberg though, the University followed required processes during the bridgeâ€™s construction and all contractors were certified by the state. The walkway was designed to withstand a category 5 hurricane and was supposed to last for more than 100 years, while FIUâ€™s website mentions that its construction cost of $14.2 million was funded as part of a $19.4 million grant from the US Department of Transportation.

The National Transportation Safety Board is trying to determine the cause of the accident, and the Miami-Dade Police Department is conducting a separate homicide investigation to determine if anyone should face criminal charges. Although the bridge was still missing a central column and cables that appeared in the design, federal investigators and bridge designers claimed that they were decorative and not needed to support the span.

On March 10th, after the installation of a portion of the bridge, the lead engineer of the project called a state official to warn of cracks that had emerged on the concrete, but insisted there was no immediate cause for concern. In fact, FIU said a two-hour meeting was held at 9 a.m. on March 15th at the construction site to discuss about a crack, some hours before the collapse, but engineers deemed it safe. Jorge Mesa, a 31-year-old university employee that was in his car near the bridge at the same time, said  that he heard â€œa cracking-whip kind of sound.â€ However, whether these cracks contributed to the failure, remains a key question in the investigation and experts have mixed opinions about their significance. Amjad Aref, a professor with the University of Buffaloâ€™s Institute of Bridge Engineering, said that they should have been â€œa big red flagâ€, as â€œBridges are really very vulnerable when they are under construction, when there are just piecesâ€. For Ralph Verrastro though, principal of Naples-based Bridging Solutions, cracks are not necessarily a problem. â€œAny bridge with concrete, thatâ€™s made of concrete, thereâ€™s always cracks. I would be very surprised if itâ€™s determined that they were taking a chance and trying to do something under traffic. Itâ€™s just, as bridge engineers, thatâ€™s just never doneâ€, he said.

The investigation also focuses on the fact that in October 2016, the Florida Department of Transportation ordered FIU and its contractors to move one of the bridge's main support structures 11 feet north to the edge of a canal, to allow for future widening of the road. The widening of the gap between the crossing's end supports required some new structural design and that could also be where the problem resided."Once a design is completed, subsequent modifications tend to be suggested and approved without the full care that went into the original design. This has happened time and again in bridges and other engineering structures," says Henry Petroski, a professor of civil engineering at Duke University and a leading authority on engineering failures, as even seemingly minor changes in a bridge's design can lead to failures. 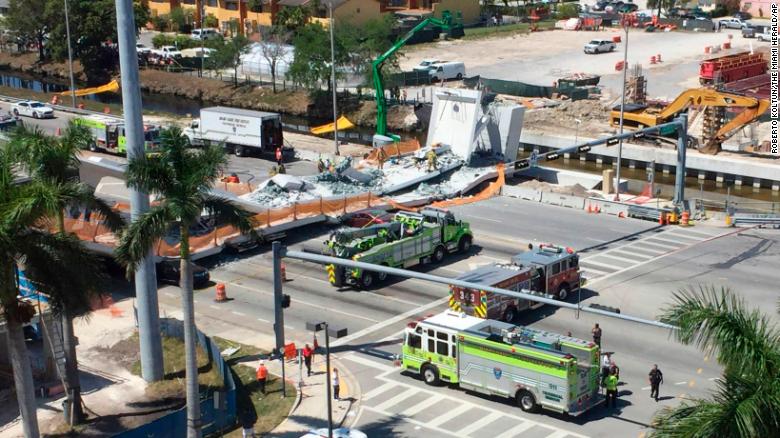 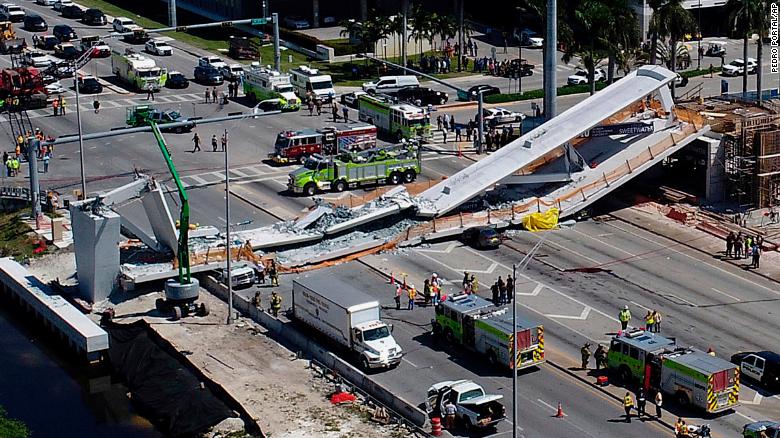 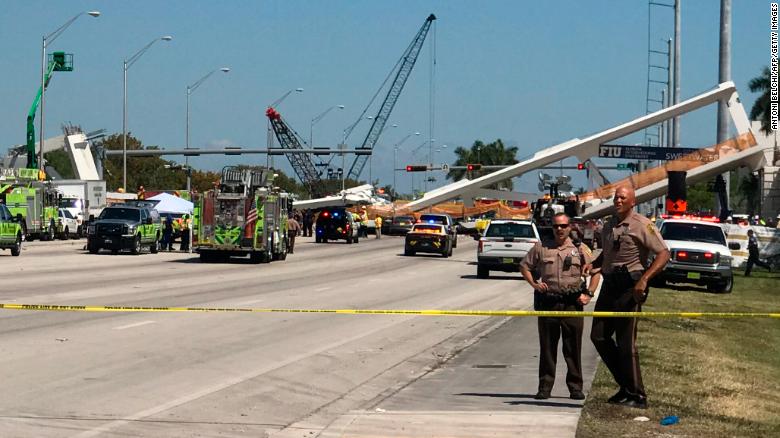 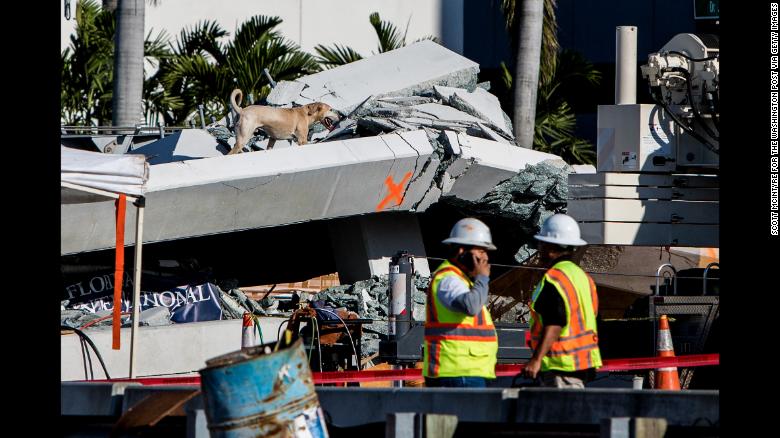 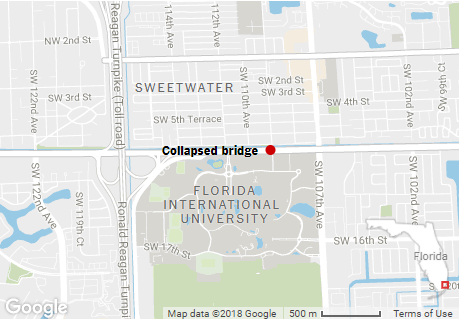