Several bridges along the Thames in London have shown signs of structural deterioration requiring repair works and extended traffic closures.

Many experts have indicated that the public should expect traffic disruptions in the future as repair works will be needed for London’s bridge infrastructure. Crossings such as the Hammersmith, Vauxhall and London, as well as the Tower bridge  face a perfect storm of heavy traffic flows and extreme weather from climate change. Assistant Professor Luke Prendergast from the University of Nottingham stated to BBC: "We have more traffic on our roads than ever before. So we have got a lot more loading on our structures than they're designed to withstand. It is quite likely that we will see a lot more bridge closures for routine maintenance."

Nonetheless, an issue has arisen concerning the required funds and the institutional body responsible for the necessary maintenance works. One of the most evident examples of institutional failure to respond to the deterioration of London’s bridge infrastructure is thecase of the Hammersmith bridge. The Hammersmith bridge, which is currently owned by the Hammersmith and Fulham Council, was installed in 1887 by London’s Metropolitan Board of Works. The bridge was built of iron, with the deck suspended by chains from two pairs of pillars. The bridge required significant maintenance in 1973 and 1997 to deal with the increasing weight of the crossing traffic.

In April 2019, Hammersmith bridge was closed indefinitely to motor vehicles after cracks were spotted in the cast-iron pedestals. In August 2020 the engineering consulting firm Mott MacDonald, reported that the cracks had widened, and subsequently, the bridge was closed to pedestrians and cyclists, and, moreover, river traffic was not allowed to pass underneath the bridge. Repairing the bridge is estimated to cost £141m. The bridge has a significant historic and architectural symbolism, and therefore it needs to be preserved, something that makes the repair works more difficult, costly and slow. The bridge owner, Hammersmith and Fulham Council, claims that it can't afford the maintenance works, since its total annual budget for the 2020/21 is £140.20m. 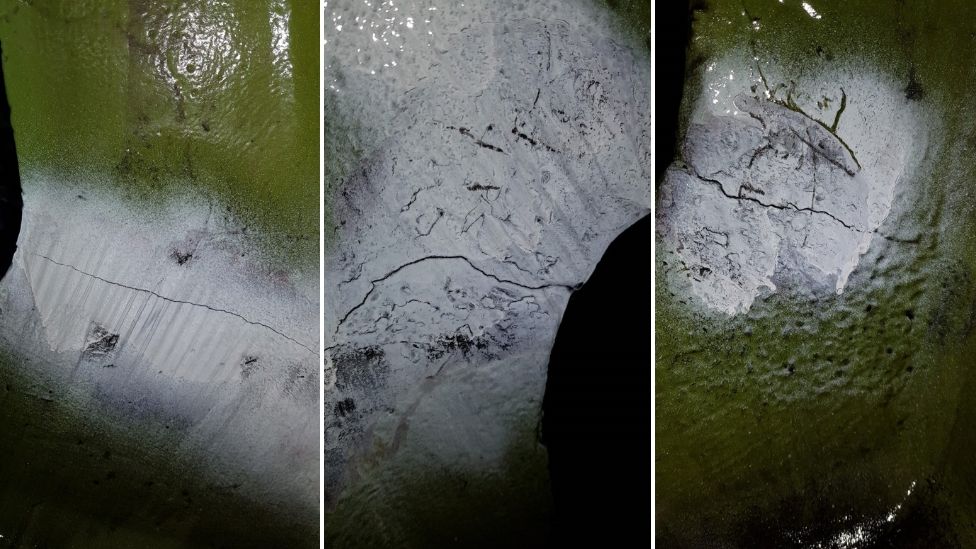 Cracks on the pedestals of Hammersmith Bridge (credits: BBC)

Elsewhere in London, bridges also require regular inspections. For example, Vauxhall Bridge, which has been rated as "poor", is going through extensive maintenance with an estimated cost between £116m and £178m. Seven bridges along the Thames are owned by the Transport for London  (TfL) and five are maintained by the Bridge House Estates. A TfL spokeswoman states to BBC: "All bridges maintained by TfL are safe and have regular structural inspections to ensure that they can remain open to traffic, with maintenance carried out to keep them in good working order. This includes day-to-day maintenance, as well as larger scale works, which typically take place every 20 to 30 years."

A 10-story building collapsed in Cairo, Egypt on...