A small-scale company in Zanzibar transforms waste glass into bricks

The initiative started as a way to deal with the large quantities of waste glass that are produced on the island and stay untreated, ending up into the natural surroundings

Thousands of tourists visit the island of Zanzibar in East Africa each year and have become an important part of its economy. However, they contribute to the waste glass problem on the island as â€“up to now- there was neither a recycling nor a repurposing scheme set up for the huge amount of discarded glass bottles, which are left in piles in the beautiful natural surroundings. The company Bottle-Up was founded in 2015 to tackle this problem, by creating products made locally from waste glass and being sold in hotels on the island, as a collaboration of Dutch designers and local craftsmen. As a next step, they extended their series of products, by creating the bottle| brick, a building block made from glass and cement that is expected to be as strong as conventional bricks and price competitive with the local alternative.

The idea of creating the bottle| brick (bb) to serve as aggregate replacement in bricks came up as a solution for the 15500 kg of waste glass brought to the bottle-up workshop by waste collection company Zanrec each month, out of which only 160 kg is used to make products for the Trending Terrazzo collection. For the glass cullet production, a Farasi hammer mill machine was designed, prototyped and built in Zanzibar. This low-tech and cheaply produced machine can process up to 10.000 bottles a day (8 times as much as the current supply of bottles) and can scale up the production of the bottle | bricks.

As part of his Master thesis, Industrial Design Engineer Lou Van Reemst from the Delft University of Technology conducted research on the bottle | brickâ€™s material composition, in order to find the best strength properties, limitations, possibilities and its feasibility and viability for the island. The bb is made from the chupa (bottle) mix, containing 35% aggregate replacement with glass, which accounts for 42% of its weight. Lou made different sample bricks that were brought to the Netherlands to conduct compressive strength tests on. The results were compared with those of local Zanzibari bricks and were promising in terms of economical and mechanical feasibility, as the new material was found to be twice as strong and price competitive with the local alternative.

Although the product is still in its test phase, the first prototypes prove that it is possible to make strong building blocks from cement, glass fragments and crushed glass, while reducing the relatively expensive import of sand and gravel to the island. Bottle-up is considering to further develop the bb and the recycling process next year and use the income from the sale of bottle-up products to fund its expansion to large-scale production of the bottle | brick, while contributing to a cleaner island. 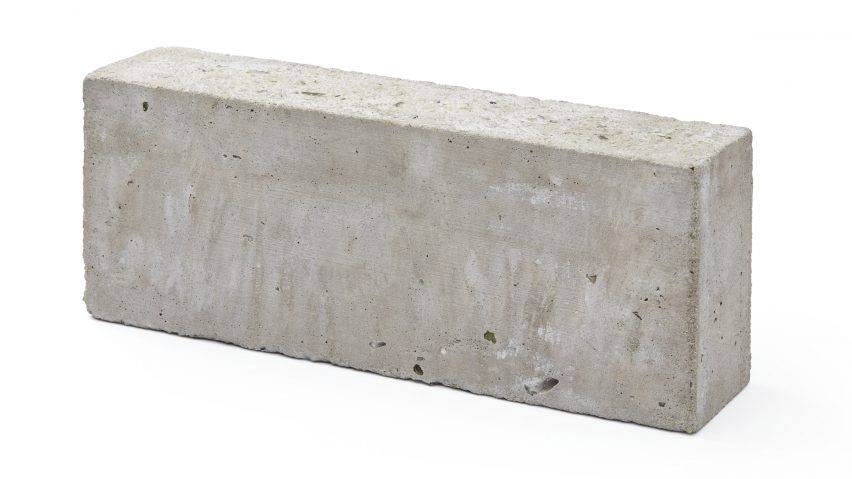