Three firefighters died and one was in serious condition when a building partially collapsed in Baltimore on Monday, Fire Chief Niles Ford said at a news conference.

The firefighters responded to a two-alarm fire at a vacant row home. Four of them became trapped when the building collapsed, according to a tweet from Ford while the cause of the fire is yet under investigation.

One firefighter was immediately pulled out and transferred to the University of Maryland Medical Center's Shock Trauma Center, where he was in serious condition, Niles said at the news conference, while three others remained trapped inside the structure.

Scalea said Sadler and Lacayo suffered cardiac arrest at the scene of the fire and were pronounced dead at the hospital.

"Today, Baltimore has lost three of the bravest among us who made the ultimate sacrifice for our city," Baltimore Mayor Brandon Scott said at the news conference. "This is a gut-wrenching tragedy for our city, for our fire department and most importantly for the families of our firefighters."

"We can't allow this incident today, this horrific incident, to go in vain. But we must ensure that we appreciate the job that they do on a daily basis." 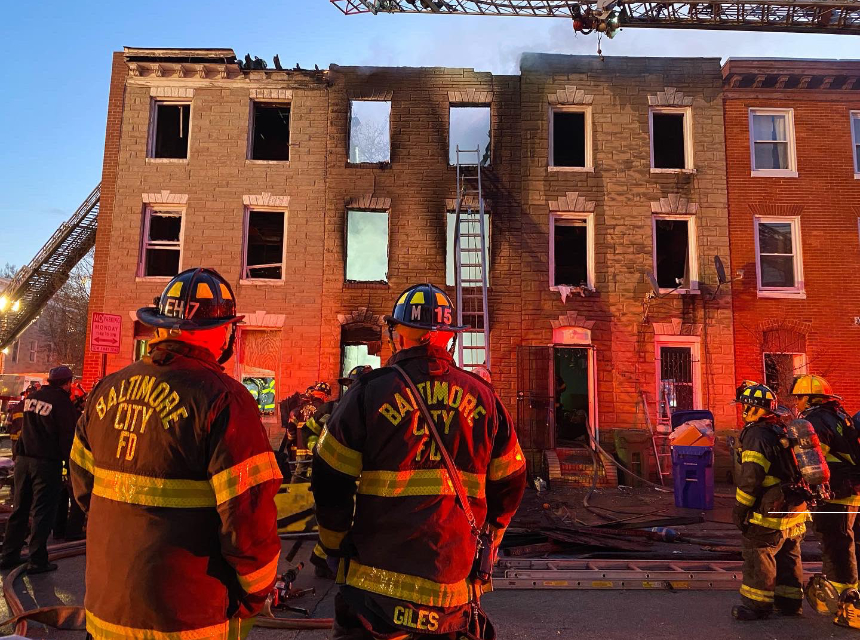