A bridge in the city of Genoa collapsed on Tuesday 14 of August, killing 43 people according to latest update.

The bridge's span, along with the vehicles on it, fell down the streets bellow in a dramatic event. The bridge, constructed in the 1960s, is located on the A10 motorway in an industrial area of the port of the city. A10 is a major highway, connecting the city with the nearby airport. It also constitutes a significant route along the Mediterranean, linking the Italian coast with French coastal cities to the west. The collapse occurred in an 80-meter section during a heavy storm at 11:30 am. Vehicles, including both cars and trucks, fell about 100 meters mostly on rail tracks. About 440 people abandoned their residences and 11 buildings were evacuated in the aftermath of the event.

Rescue teams rushed to help any survivors searching in the debris of the collapse. While the authorities began the identification of victims, the city announced a 2-day mourning period. Italian Prime Minister, Giuseppe Conte, declared a 1-year state of emergency in Genoa, providing €5 million to the rescue efforts. He announced that the government will revoke the concession from Autostrade, the private company in charge of maintaining the Morandi Bridge. Mr. Conte stated: "These are tragedies that are unacceptable in modern society." He also added: "It's too early to talk about the causes and hypothesis, but one thing is certain, a tragedy of this kind cannot be repeated."

Investigators are now searching the causes of such a catastrophic collapse. Heavy rain also made conditions more challenging. Like many roads and highways in Italy, expects claim that the bridge was in need of a series of repairs that were never realized. The construction was not well preserved while plans for an alternative motorway were never given attention. After the collapse, it was ascertained that the materials used to build the bridge were not qualified for the current vehicle circulation needs.

Edoardo Rixi, the deputy transportation minister, said that the bridge had shown some "signs of problems" in the past. He added that the entire construction would be demolished. According to Mr. Rixi: "A bridge like that doesn't collapse because of a lightning bolt, or a storm. Those who are responsible must be found." Engineering expect at Luiss University in Rome, Andrea Montefusco, claimed that it is still difficult to come to a conclusion about the cause of the collapse. According to some, maybe a lighting from the storm struck a cable on the bridge triggering the disastrous incident. 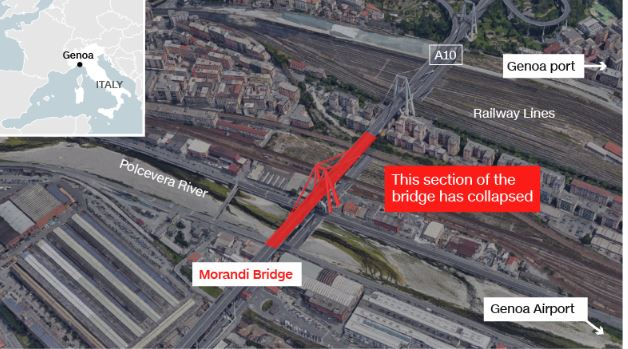 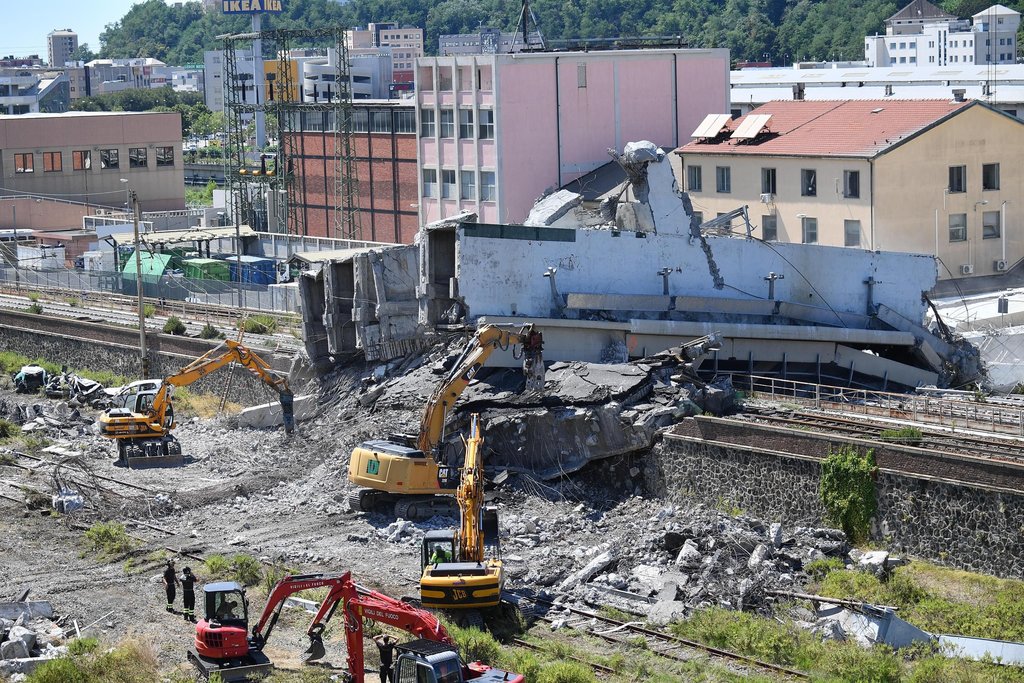 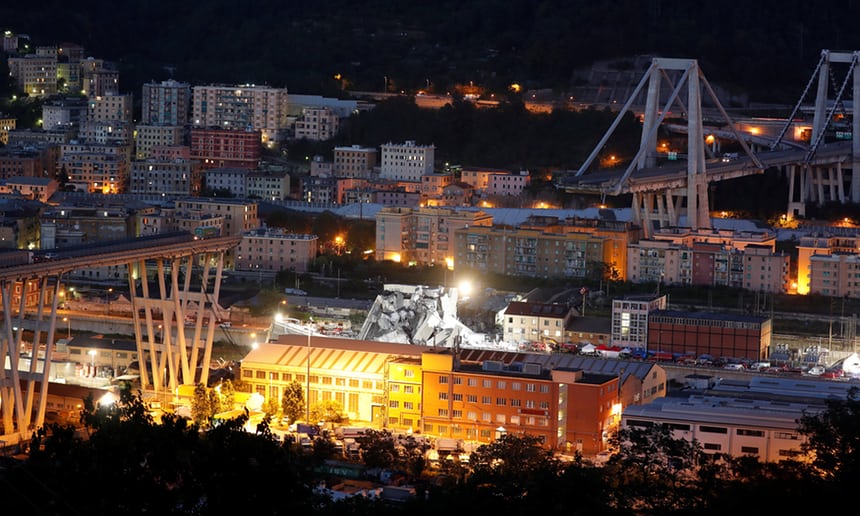 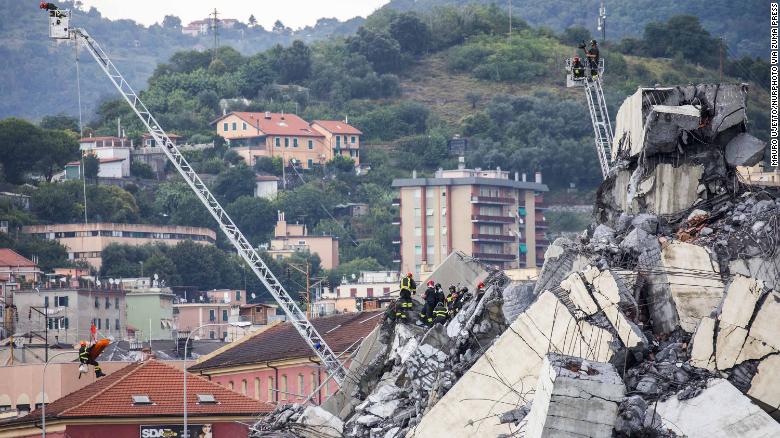