A pedestrian bridge that likely was struck by at least one vehicle collapsed onto Interstate 295 in Washington, DC, injuring several people and blocking the highway in both directions.

Officials initially said there were no structural concerns with the bridge when it was last inspected in February. But Geldart later issued a statement obtained by ABC News that they had "misstated the condition" of the bridge. A May 25 inspection report gave the bridge a rating of "poor condition," prompting a plan to replace the bridge, he said.

DC Fire and EMS posted photos showing the aftermath of the bridge's collapse.

On Wednesday night, Geldart issued a statement obtained by CNN affiliate WJLA stating that the bridge was inspected in February. A subsequent inspection report last month concluded that the bridge was "a rating of poor condition (4) - the threshold that prompts the multiyear planning process to replace the bridge," per the statement, according to WJLA.

Officials believe a truck may have struck the bridge according to WJLA, and that recent construction work on the bridge was to address the safety of some of its concrete and did not involve structural issues. Images posted by DC Fire and EMS and aerial footage from WJLA showed one side of the bridge fell onto I-295 southbound, while the part of the bridge on the northbound side remained mostly attached to an elevated platform. Mangled concrete and metal debris was sprawled across six lanes of the highway and the bridge rested on top of several vehicles

A hazmat unit was on scene mitigating a diesel fuel leak from a truck that is partially beneath the bridge, and at least one other vehicle was struck by debris, DC Fire and EMS said. All lanes on I-295 were blocked north of Benning Avenue, according to a tweet from Metropolitan Area Transportation Operations Coordination (MATOC). Northbound delays stretched about 3 miles, while southbound lanes had delays of approximately 1.5 miles as of 1 p.m. ET, MATOC said.

The Washington Metropolitan Police Department is in the early stages of investigating the collapse, said department spokesperson Alaina Gertz. Geldart said it could take through Thursday to get the bridge moved off the highway. He said the bridge will likely need to be replaced but the city needs to inspect the damage first while inspectors are looking at other bridges in the area. 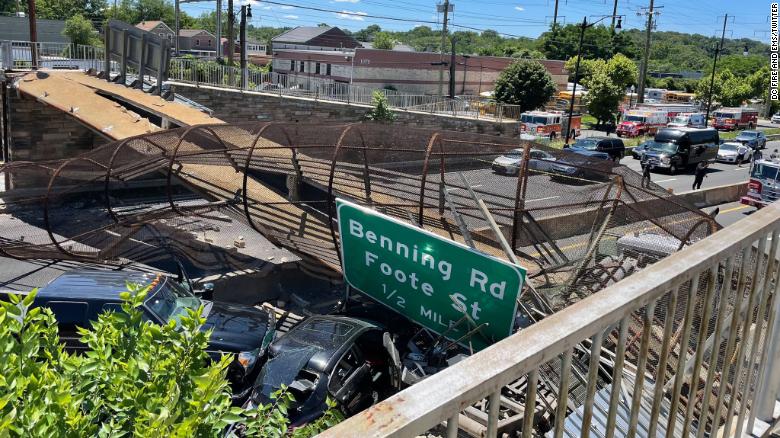 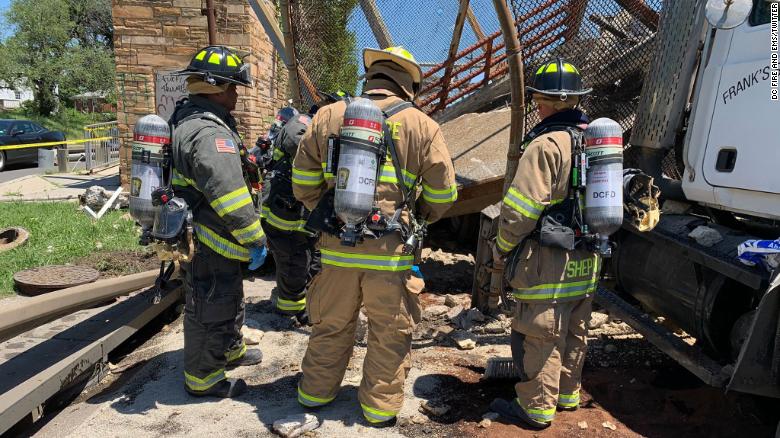