Lives and billions of dollars in infrastructure damage every year is the cost of earthquakes in the United States. Earthquakes can occur at any time, and there is no way to predict them, at least now.  They can be caused either naturally or through human activities, such as fluid injection into the ground for geothermal energy recovery or carbon storage.

Parisa Shokouhi, associate professor of engineering science and mechanics at Penn State University, and her team demonstrated that deep learning algorithms, which train with data to generate predictions, could make the ability to predict future earthquakes more attainable. Their findings were published in Geophysical Research Letters.

Earthquakes were simulated by the researchers in Penn State’s Rock Mechanics lab by mechanically moving two blocks of rocks past each other, mimicking motion along a fault. The “earthquake machine” has ultrasonic sensors, which can measure velocity, power and frequency from ultrasonic signals recorded before, during and after the laboratory earthquakes, emulating seismic data in the field. This information was fed to a deep learning model and trained it to predict how changes in the ultrasonic measurements may indicate an imminent earthquake.

Prior to an earthquake, the ultrasonic signals change due to the force imposed on the rock samples serving as a laboratory proxy for tectonic plates. During and after the earthquake, the signals measured how the plates were displaced, what changes occurred at the fault because of the quake and how the fault was healing.

The research team found that the model could accurately predict the timing and magnitude of laboratory earthquakes, despite the inherently irregular manner of natural earthquakes that the researchers emulated in the experiments.

According to Shokouhi, the research findings showed that the deep learning prediction model transfers well, meaning training on one dataset can be applied to a new dataset with a few modifications. This capability saves on money and time spent developing new models from scratch, Shokouhi said. With less than 55% of the training data, a transferred deep learning model created and trained for a different scenario could make predictions with high accuracy. This transferability could improve predictions from field data, where training data are typically scarce, Shokouhi said.

“You would normally need to create a new model for each new region being investigated, and building a good model requires a long history of data, which means you need to monitor for a long time,” Shokouhi said. “With our deep learning approach, you can use the model trained on data from one region and reuse it in another region, or potentially use a model trained in a lab and transfer it to the field where you can make predictable models with a much smaller amount of data.”

The prediction methods could potentially act as an earthquake early warning system, according to Shokouhi, when used in conjunction with long-term, time-lapse seismic monitoring of faults, carbon dioxide storage sites and geothermal energy reservoirs.

Other contributors include Jacques Rivière, also with ESM; Vrushali Girkar, Daniel Kifer and C. Lee Giles, with the Penn State Department of Computer Science and Engineering; and Srisharan Shreedharan and Chris Marone, with the Department of Geosciences in the Penn State College of Earth and Mineral Sciences. Giles is also affiliated with the College of Information Sciences and Technology. A College of Engineering multidisciplinary seed grant awarded to Shokouhi and Kifer supported this research. 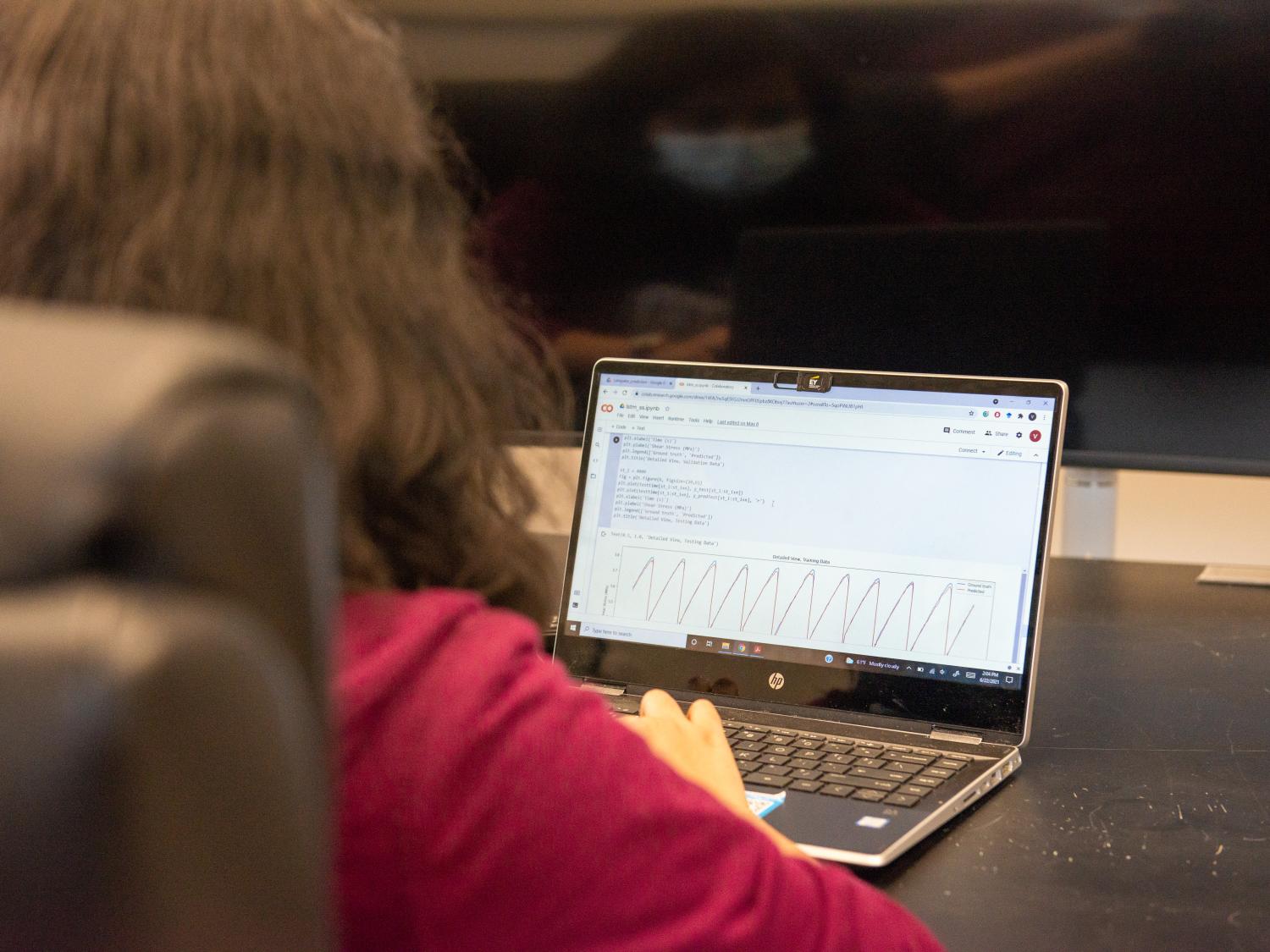 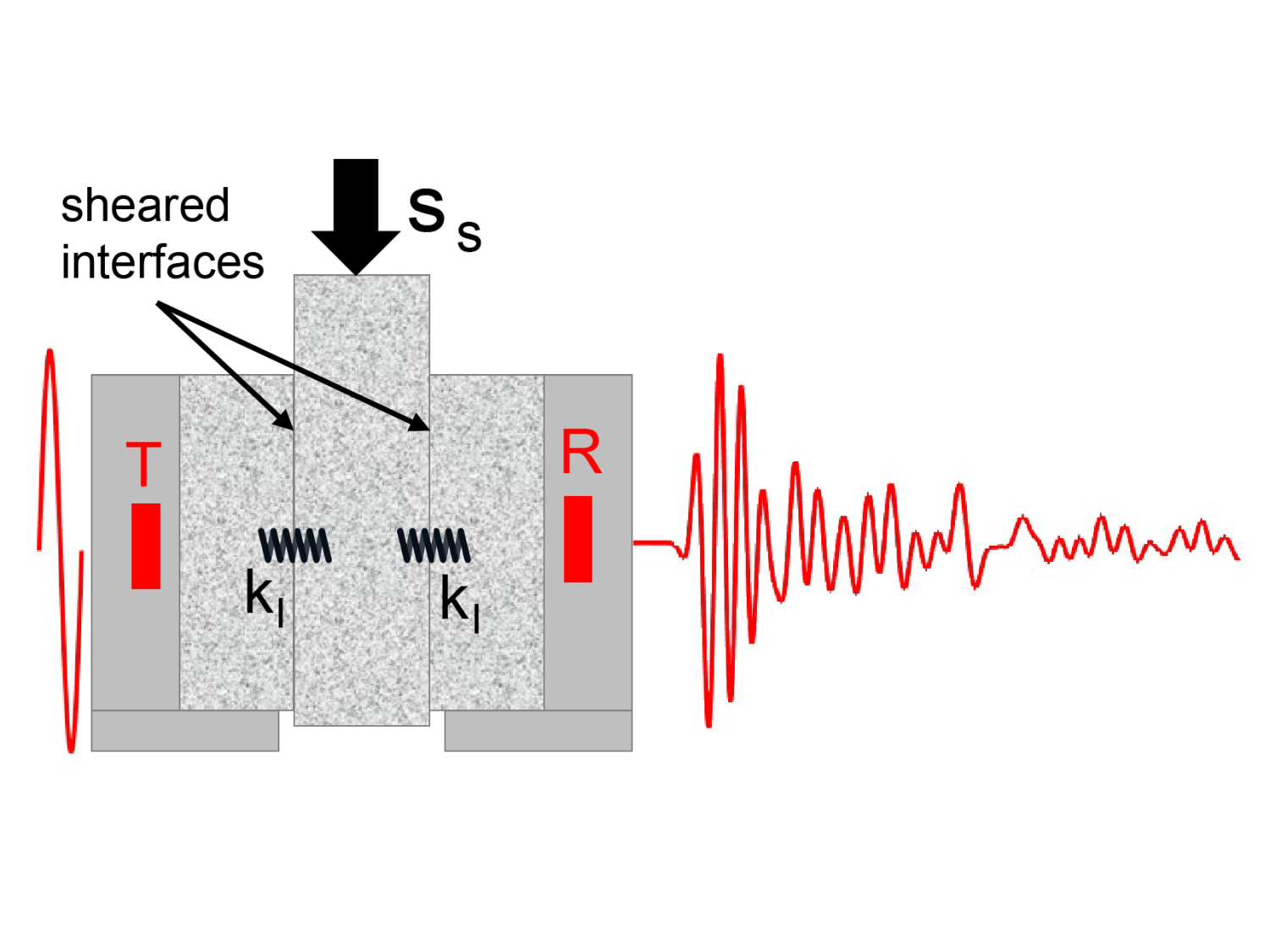 The earthquake machine
A biaxial loading apparatus to simulate earthquakes in the lab. Credit: Chris Marone.