The toll from the collapse in the city’s Jabal al-Weibdeh district “has risen to five dead and 14 injured”, security spokesman Amer al-Sartawi said in a statement on Tuesday. He had earlier told state television that civil defence forces were being supported by teams from the regional security command and the gendarmerie, and that rescue efforts were continuing.

The neighbourhood is known for its cafes, bars and artistic venues, and is popular with expatriates and locals alike.

A source at the civil defence service said there remained “a number of people trapped in the collapsed building”, without providing an exact figure. It was not immediately clear what brought down the building, which state media said was an older structure.

Prime Minister Bisher al-Khasawneh directed authorities to investigate the cause of the collapse.

Khasawneh and senior members of the government were seen at the site as a major rescue operation was under way to evacuate people caught under the debris.

Videos circulating on Twitter showed debris from a collapsed building, with several members of the armed forces and civil defence present in the area. 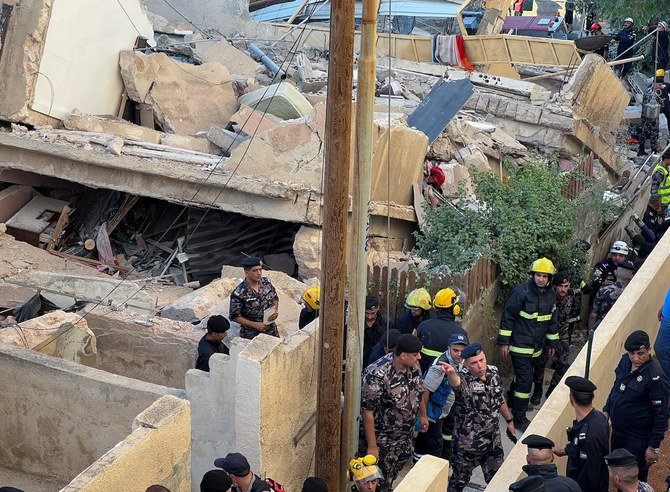