The Dutch city of Nijmegen has now the longest concrete 3D-bicycle bridge in the world. The length of the bridge is 29 meters. The bicycle bridge has been designed with complete freedom of form, based on research at Eindhoven University of Technology and the development of 3D concrete printing technology; hence it is assumed to be a unique project. The new appearance in De Geologenstrook park is characterized by its round and wavy shapes.

The bridge was printed layer by layer in the concrete printing factory of Saint Gobain Weber Beamix and realized by the construction group BAM. It is the longest and simultaneously the largest concrete bridge in the world for which the architect had complete freedom. Michiel van der Kley was able to work freely on the design and was not restricted by the material or traditional processes, such as concrete formwork.

Because the span is not constant everywhere and therefore the changing weight of the structure had to be considered, the choice was made to divide the bridge into printable parts. A parametric model—that means based on data—was used to generate the final design.

In theory, printed bridges can be built much faster than ordinary bridges, with more flexibility and more room for personalized designs. They are also more sustainable, as less concrete is needed. The ambition of the partners in this innovative project is for 3D concrete printing to eventually become a sustainable construction method that can be used for the production of bridges and houses, among other things.

That is also the reason why Rijkswaterstaat, together with designer Van der Kley, took the initiative for this project. They donated this special bridge as a permanent reminder to the municipality of Nijmegen in honor of its election as European Green Capital 2018.

For expertise, the two launching partners turned to Theo Salet, an expert in the field of 3D printed buildings. Consultancy and engineering firm Witteveen+Bos translated the design of the bridge into printable structural components. The parametric model of the bridge was developed by Summum Engineering.

Salet, professor of Concrete Structures at TU/e, is pleased with the developments currently taking place: "The printing of concrete has enormous growth potential. We use less raw materials because the concrete printer only adds material where it actually supports the construction. We can also drastically increase the construction speed. In the future, we want to make concrete more sustainable and also reuse it. There is much more to achieve. I am also proud that the knowledge developed has found its way to the industry so quickly." 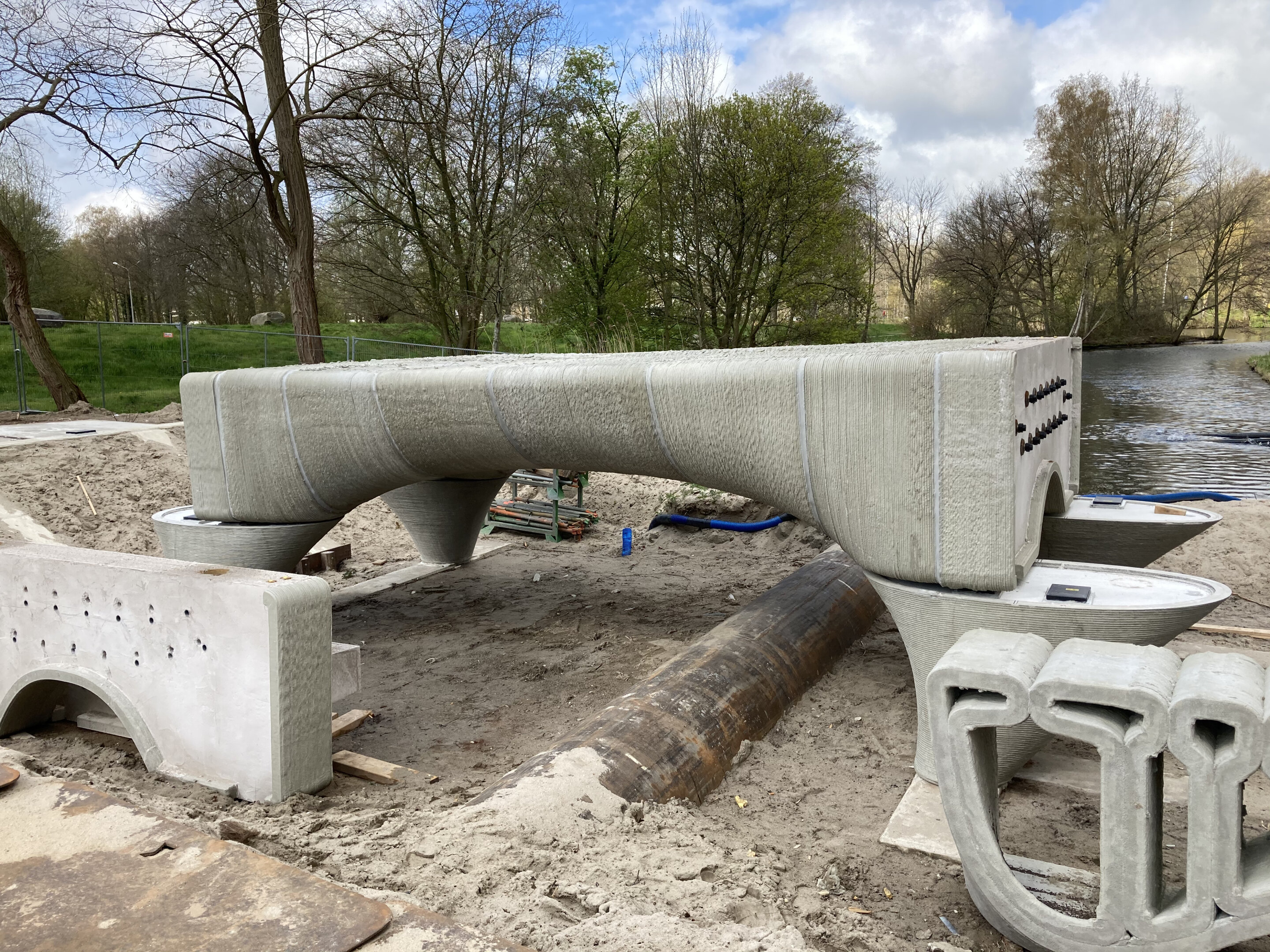 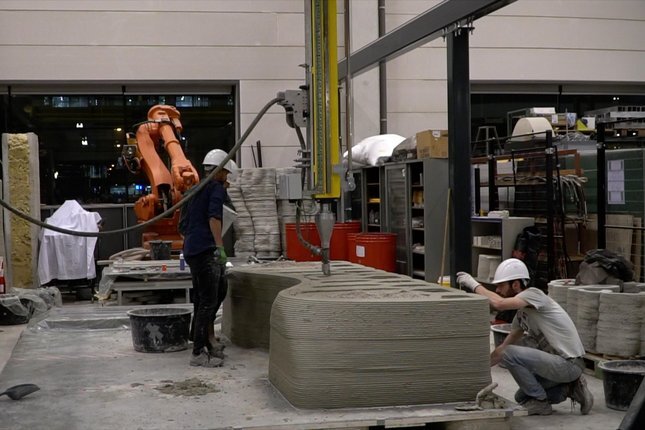