Wind turbines came crashing down due to high winds in Evia, the second-largest island in Greece.

Several wind turbines (their exact number was not announced) collapsed and fell into the ground. The incident occurred on January 9, 2020.

The structures were established in the wind park of Katsaroni which is located near Karystos, a small coastal town in the southern part of the island. No injuries or material damage associated with the wind turbines' failure was reported.

According to reports, the park was inactive. No information about why the facility was abandoned is available. Moreover, the firm that owns the wind farm is still unknown.

Strong winds in the area reached about 160 km/h (Rank 11 on the Beaufort scale-Violent storm) and resulted in the structural failures. Nevertheless, the wind turbines were designed to withstand extreme weather conditions.

Local people are concerned about the risk such failures pose. Wind turbines are enormous structures that are located near residential areas and their collapse could result in severe infrastructure damage or casualties. Some stated that it is a miracle that no damage was caused by the failures.

Recent extreme weather conditions caused additional problems on the island of Evia. Power outages were common and lasted for up to 3 days in certain villages. Moreover, at least 28 light poles were damaged and repairs need to be implemented as soon as possible.

Last week, high waves devastated a coastal road located in Kimi, a town in northern Evia that was partially closed and resulted in congestion.

Click the images below to see the devastated wind turbines in the wind park. 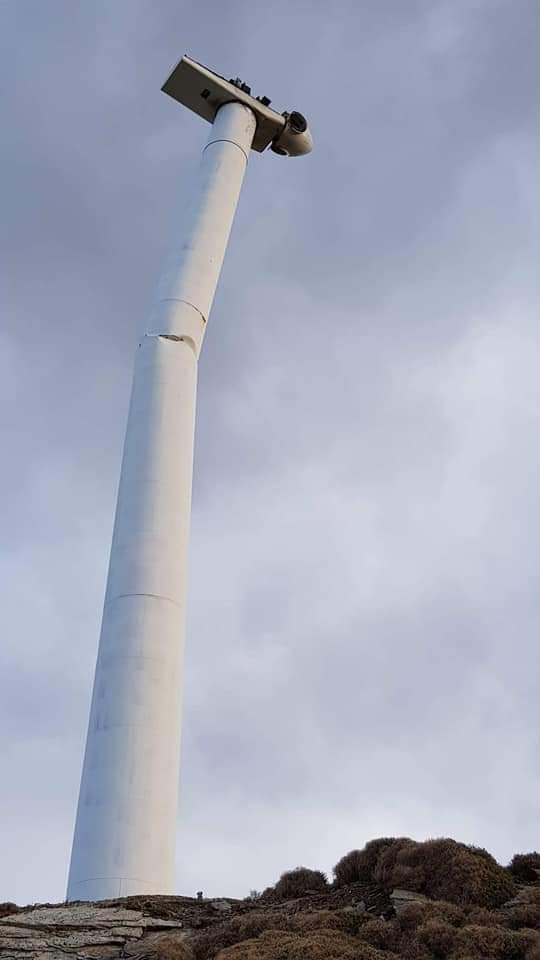 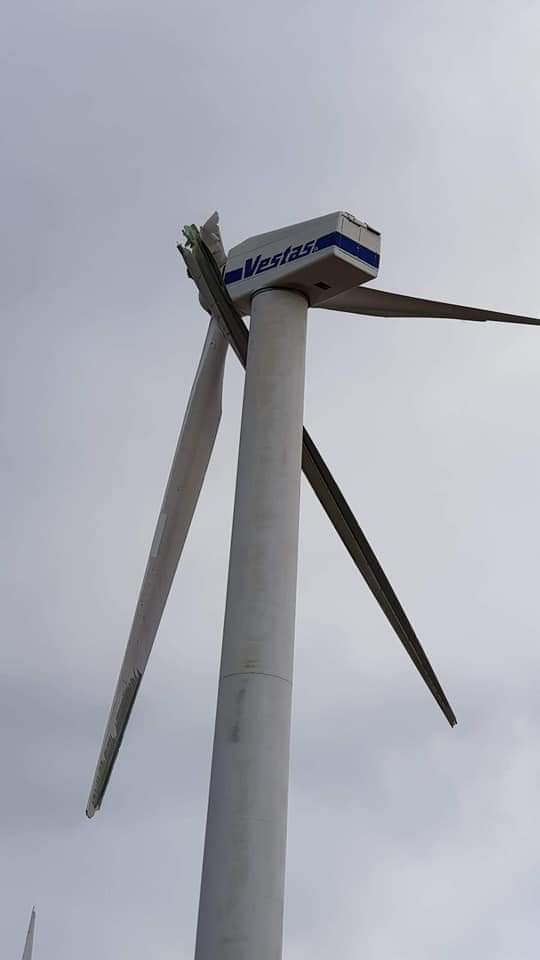