A massive wind turbine has mysteriously collapsed on January 2nd, on Murley mountain in Northern Ireland. The wind turbine was one of eight turbines of the Screggagh wind farm and its value is estimated to over £500,000. Have a look at photos from the site, provided below!

The 52ton, 2.5MW Nordex N80 wind turbine collapsed rather suddenly, under mild weather conditions, causing a headache to engineers regarding the causes of the collapse. No casualties or material damage were reported from the incident, however debris were scattered over a wide area.

Regarding the causes of the collapse, it is speculated that a fault in the control system may have caused the overheating and eventually melting of the breaks, while locals report the spinning of the router out of control. As a result of the uncontrolled spinning, the friction and metal fatigue may have caused the excessive bucking deformation of the structure and its final collapse.

Soon after the incident, the remaining wind turbines of the farm were turned off and engineers of the operating company arrived on the spot to investigate the causes of the collapse. 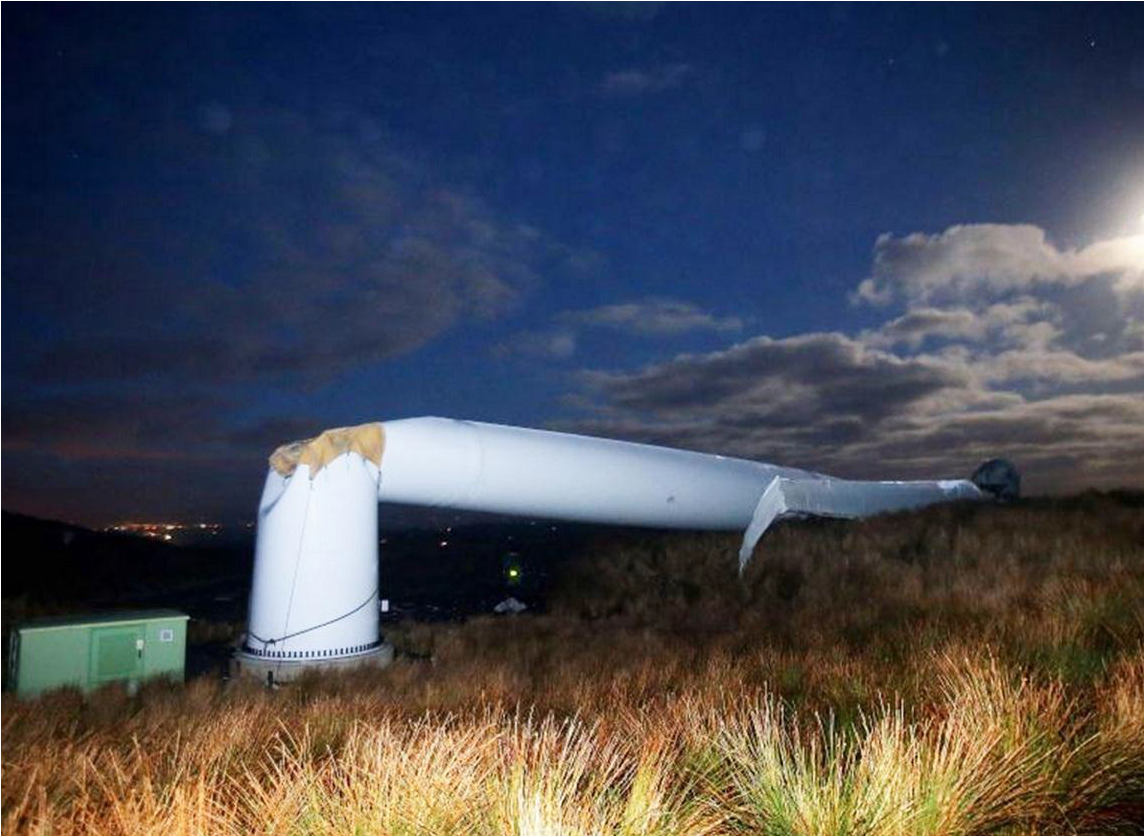 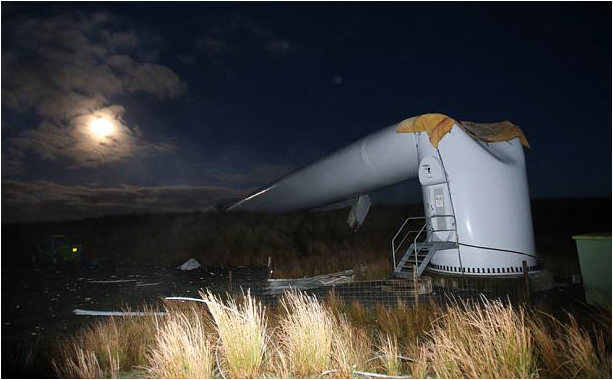 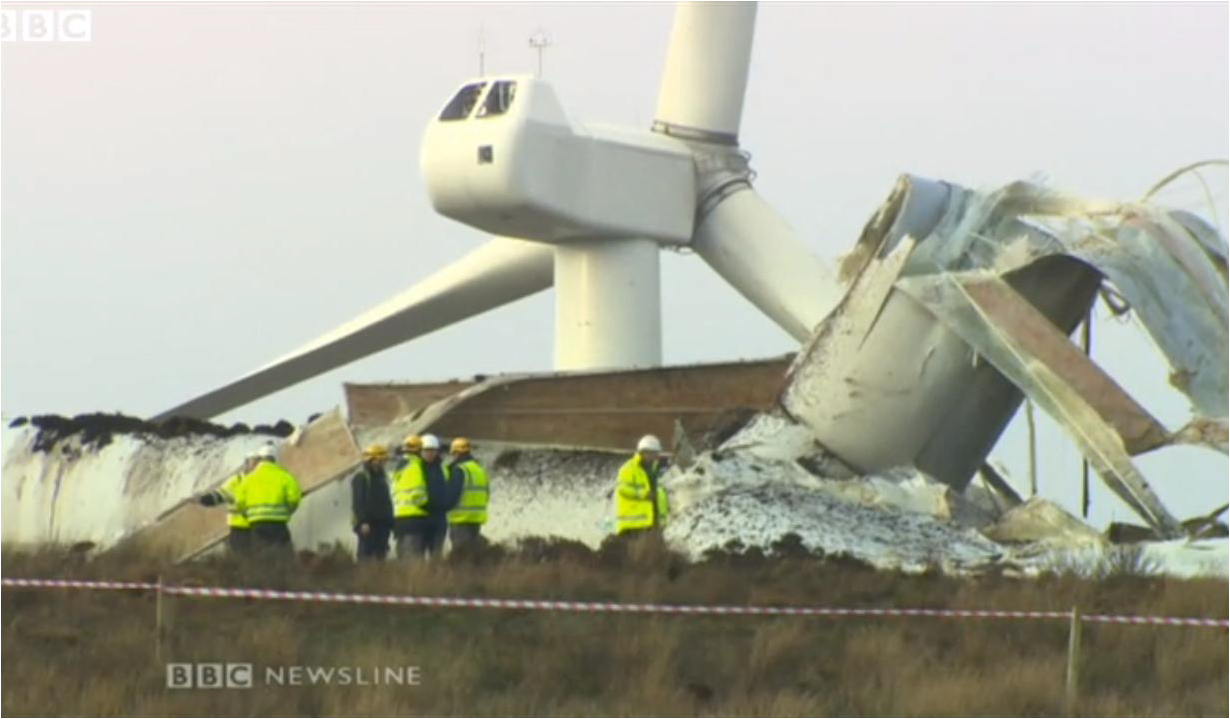 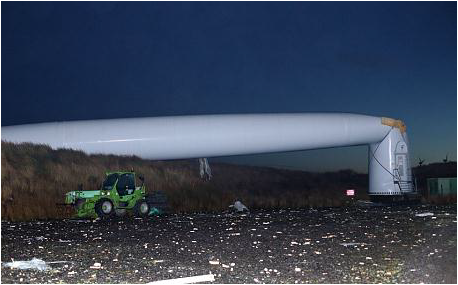 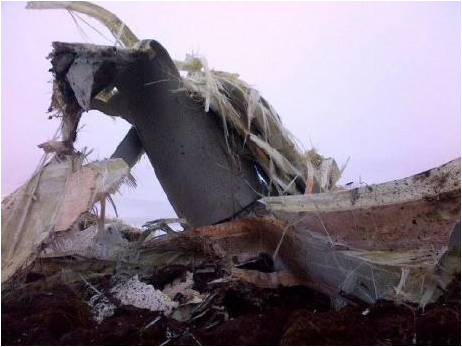 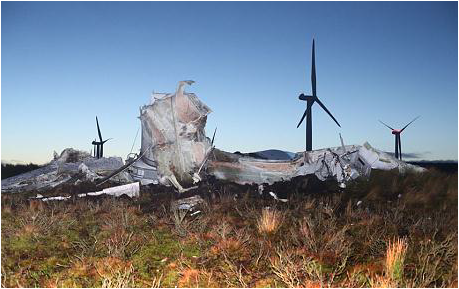