As the Canada Green Building Council’s Zero Carbon Building Program is on the act, the city of Vancouver face the challenge to build a structure that meets the design certification requirements of the program. They will build Vancouver’s new Fire Hall 17, one of 16 such pilot projects in Canada. The main goals of the project is the structure to align with City’s sustainability policies. Also, the partners are also pursuing LEED Gold certification and, if approved, the building will be the first fire hall in North America to attain Passive House certification. In comparison with the previous fare hall, which the new building will replace, it is expected that the carbon emission will be reduces approximately by 77 percent, according to HCMA Architecture and Design.

The new fire hall as well, will be serve as a post-disaster emergency hub, which requires a resilient building that can withstand seismic events. In order to comprise four drive-through apparatus bays, accommodations for two firefighting crews and offices in the main building, and a six-story hose storage/training tower, the building will be 19,375 sq ft (1800 m2).

Due to Canada’s National Building code, there are certain seismic requirements that the building has a stout reinforced concrete structure with a structural steel frame for portions of the third level. The main building is clad in brick and metal panels that cant outward at the base giving the form a strong and sturdy presence.

The main idea in order to meet the zero carbon goals is the building’s high-performance envelope, wrap reinforced concrete walls with an 8 in. (20 cm) thick layer of mineral wool board having an R-value of 33, and an air barrier that allows a scant 0.6 of air change per hour at 50 Pascals of pressure.

However, structural concrete and steel elements that penetrate the envelope between the main building and tower, maintained at dissimilar temperatures, would allow the unabated passage of heat energy, absent a thermal bridging solution.

“The fire hall has two thermal zones: the administrative offices and living spaces set 68˚F (20˚C), and the ground-level apparatus bay and training tower set to 50˚F (10˚C),” says Elise Woestyn, Passive House consultant with HCMA Architecture and Design. The structures share a concrete frame at ground level, and are connected by combinations of steel frame and concrete bridges on levels two and three, and a steel frame at level four. Due to the temperature differences, the designers needed to thermally isolate the two zones, while maintaining structural continuity.

At the connection points, the design team specified Isokorb® concrete-to-concrete and concrete-to-steel structural thermal breaks from Schöck North America. Each concrete-to-concrete module consists of a rigid foam block penetrated by stainless steel rebar that is tied into rebar on both sides of the slab or wall before concrete is poured conventionally. Each concrete-to-steel structural thermal break includes stainless steel rebar projecting from one side of the module that ties into rebar of the interior slab, and stainless steel threaded rod projecting from the opposite side of the module that bolts to exterior steel beam flanges.

Three concrete balconies also project from the tower’s facade. Concrete-to-concrete thermal breaks were installed between each balcony and interior slab to mitigate thermal bridging, while withstanding the rotational and shear forces created by these cantilevers.

In addition to reducing heat energy loss, the structural thermal breaks prevent concrete structures on the warm sides of both the exterior and interior walls from becoming chilled, reaching dew point, or supporting mold growth.

“The most unusual application for structural thermal breaks was a high parapet wall at the top of the tower,” says Meredith Andersen, associate engineer with Read Jones Christoffersen Engineers. The parapet changes in height from about 4 to 14 ft (1.2 to 4.3 m) as the top of the building steps down behind it.

A parapet is essentially a vertical cantilever and, because of its height, can encounter significant moment, shear and seismic forces. Concrete-to-concrete thermal breaks were aligned horizontally at each “step” and vertically in the plane of the wall to prevent thermal bridging.

The high-performance building envelope allowed the designers to reduce the size of the building’s heat pump to one-fifth of that needed for a comparable code-compliant building in Vancouver. The heating/cooling system is supplied by a high efficiency ground-source heat pump served by 15 geothermal bore holes.  An 80 kW solar panel array supplements electricity and six energy recovery ventilators transfer heat from outgoing interior air to incoming fresh air, reducing the required capacity of the HVAC system.

Overall energy savings allowed the designers to include elements that reduce energy loads further such as electro-chromatic glass that blocks heat gain and glare by becoming translucent when activated.

“This project responds to the urgency of the climate crisis,” says Darryl Condon, managing partner at the Vancouver architecture firm HCMA. “It shows that even large, complex facilities can lead the way in reducing our industry’s carbon footprint, while still improving the public service they provide.”

In the words of Danica Djurkovic, Director of Facilities Planning and Development at the City of Vancouver, “This community facility is a leading example of the City of Vancouver’s climate commitments, showing that we can make near zero-emissions buildings the new normal, while enhancing occupant comfort, and reducing energy and water consumption costs.” 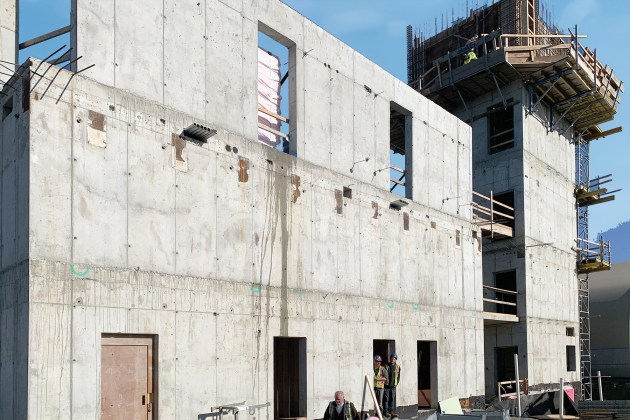 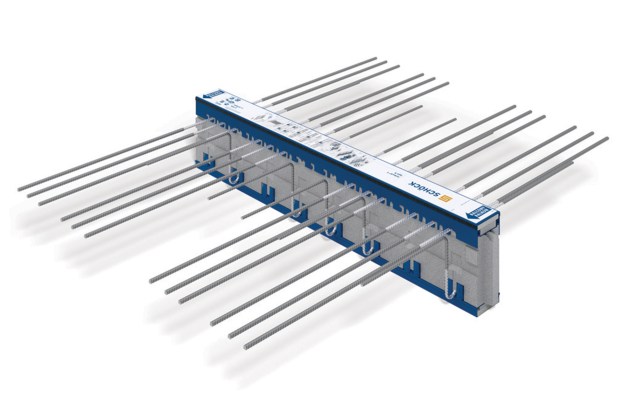