The Pencil Building: An impressive achievement in Chicago

Constructed on an abandoned site in Chicago, the 150 North Riverside or the so-called Pencil Building, is an engineering achievement.

The 54-story building is located on the west bank of the Chicago River's south branch in a major area of the city, where each of the three branches of the river intersect, known as the Confluence.

The name of the building derives from its unique shape. If viewed from the north or south side, its figure represents a pencil that barely touches the surface of the ground. The fact that this small base can support the mass of such a structure is the amazing feature of the construction. The determination of the contractors to accomplish this attempt, against the odds, impressed the judges of the Building Team Awards that honored the Pencil Building with the 2017 only Platinum Award.

John O'Donnell, CEO of Riverside Investment & Development, acquired the holding about 7 years ago. The site was confined on its east and west side and moreover, the city seized a 9 meter slice to support the growing Chicago Riverwalk. That left O'Donnell with a 12-meter-wide zone to host a 587 m2 base.

The construction of the building was very challenging. In order to gain space, the team built a deck over the tracks of Chicago's railway. Normally, the deck would have been supported by belled caissons. However, this method was not efficient. Caissons require a large drill and, in this particular area, digging produces a lot of spoils that must be removed. Moreover, pile driving could be conducted during a limited time frame in the night. Therefore, this solution was excluded and a "micropile" foundation system was approved. This method included the utilization of more than a hundred 24-cm diameter piles that produced no spoils. The micropiles, with a bearing capacity of about 2700kN, are the strongest piles even installed between the tracks of Chicago. The foundation of the tower included the construction of 16 caissons, 3 meter in diameter, that were drilled 1,80 meters into the ground.

The Building Team, led by Clark Construction Group, architect Goettsch Partners, and structural engineer Magnusson Klemencic Associates (MKA), in consultation with geotechnical consultant GEI, utilized their knowledge on narrow foundations to create a 4-story steel base to support the 8530 m2 floors of the tower. In order to achieve the attempt, the team decided to use the river as a floating base for the large crane that was needed. "We decided to view the river not as a liability, but as an asset. We said, let's put the crane on the river, and let's make it the biggest crane possible," said Clark Construction's Project Executive, Chris Phares.

The construction is designed to resist strong winds and address oscillation issues, especially in higher levels. Building's core was reinforced with high-strength ad high-stiffness concrete. Another feature that the team introduced is a system of 12 tanks filled with water, separated in groups of 3, that act as a liquid-sloshing damper. When the building was complete, MKA estimated that the most effective height of the water was slightly less than designed. "Now the tanks are really in tune with how the building behaves in the wind," said MKA's Robert Chmielowski. 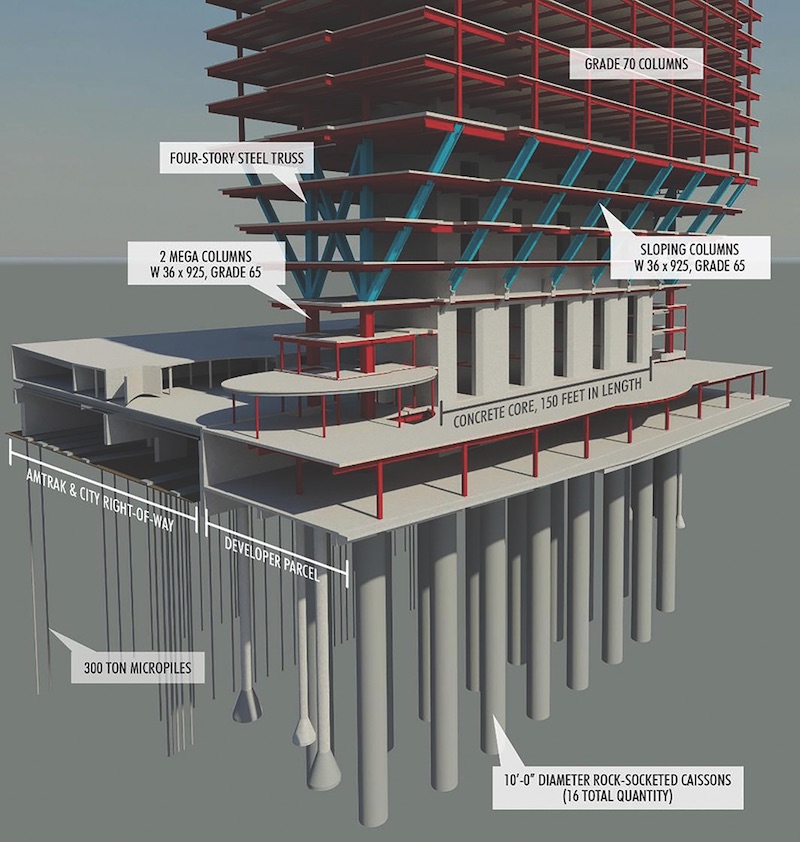 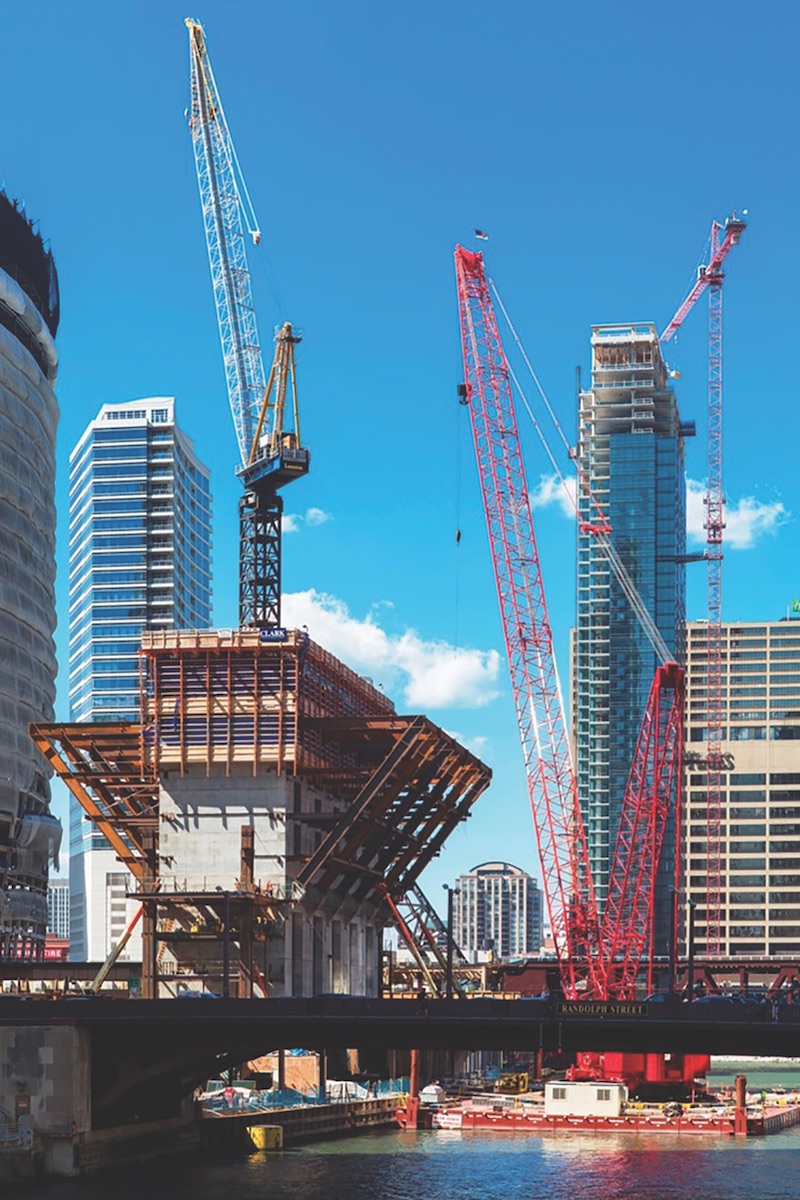