The moment where we look ahead to the tallest skyscrapers set to complete in 2023 has arrived! Comparing this list to last year's, there are some notable differences. China has dominated the skies for most of the last decade, but we’re now seeing that begin to wane. The country has less entries on this list than before and the skyscrapers it does have are substantially shorter than their predecessors.

That's partly due to the country’s strict new rules that ban the construction of skyscrapers in cities of less than 3M people and restrict them to just 250-metres in larger cities, unless there are extenuating circumstances.

It's also notable what type of supertall buildings are now being built: we’re seeing a return of the mega hotel tower and office building as the world steadily recovers from the longterm effects of the pandemic and adapts to a new normal. From shortest to highest, these are the tallest skyscrapers completing in 2023.

Dubai is set to beat another world record next year – completing the world’s tallest hotel and taking the title from… itself. The 365-metre supertall Ciel Tower will surpass the current tallest hotel, the 356-metre Gevora, also in Dubai.

Dubai hosted more than 8M international overnight visitors in 2022 alone and constantly ranks in the top five most visited cities in the world. So it’s safe to say these additional hotel rooms will be needed, adding to the 769 hotels and 117,434 rooms already available in the emirate.

The Ciel Tower will boast more than 1,000 guest rooms and suites as well as an infinity pool positioned on a dramatic rooftop terrace, surely designed to lure Instagram influencers.

Inside the building there'll be a 300-metre atrium with stacked landscape terraces spanning across all 82 floors of the building.

Already structurally topped out, the pinnacle of the Hengfeng Guiyang Center – a five tower mega complex in Guiyang, China – is due to complete in 2023.

Topped by a multi storey observation deck and helipad, the complex will anchor the city’s Nanming District. Inside you'll find luxury apartments, retail and entertainment facilities, and office space. Despite its immense height it will be only the second tallest building in Guiyang. The title of tallest skyscraper belongs to the 401-metre Guiyang international Finance Center, which completed back in 2020.

In the last decade Guiyang has seen a skyscraper construction boom, largely driven by the city's transformation into a major innovation hub.

Africa’s first supertall skyscraper is quickly taking shape in Egypt’s new capital city. One of 20 new skyscrapers being built in the desert, the boldly-named Iconic Tower will be the new city’s crown jewel.

The tower faced a number of engineering challenges during its construction, including extremely hot working conditions and the task of building foundations in soft desert soil.

The solution was to pour 18,500 cubic metres of concrete non-stop for 38 hours and create the largest foundation like this in the middle east.

The skyscraper is now structurally topped out and ready to be completed in 2023. Rising from the New Administrative Capital's financial district, the building will be mostly occupied by offices.

Designed by Skidmore, Owings and Merrill (SOM) – the architecture firm behind legendary skyscrapers like the Burj Khalifa and One World Trade Center – the new Greenland Shandong International Financial Center will become Jinan’s tallest skyscraper when it completes in 2023.

SOM has designed a number of landmark buildings in China already, perhaps most notably the 530-metre Tianjin CTF Finance Centre, a wholly unique skyscraper whose curving facade is the result of techniques intended to optimise structural efficiency.

This building was due to complete in 2022, but has seen its construction schedule pushed back.

This now somewhat infamous building has sadly been delayed several times and was even redesigned midway through construction.

When construction first began back in 2012 the skyscraper was slated to be the second tallest manmade structure in the world – surpassing the Tokyo Skytree by just 2-metres and to stand an incredible 636-metres above Wuhan.

But construction was halted as works reached the 96th floor due to Chinese authorities requesting a dramatic redesign so that the building would not encroach on airspace restrictions.

The tower is now close to completion with most of its external cladding installed. When its doors finally open, it'll become the tallest skyscraper to complete in 2023. 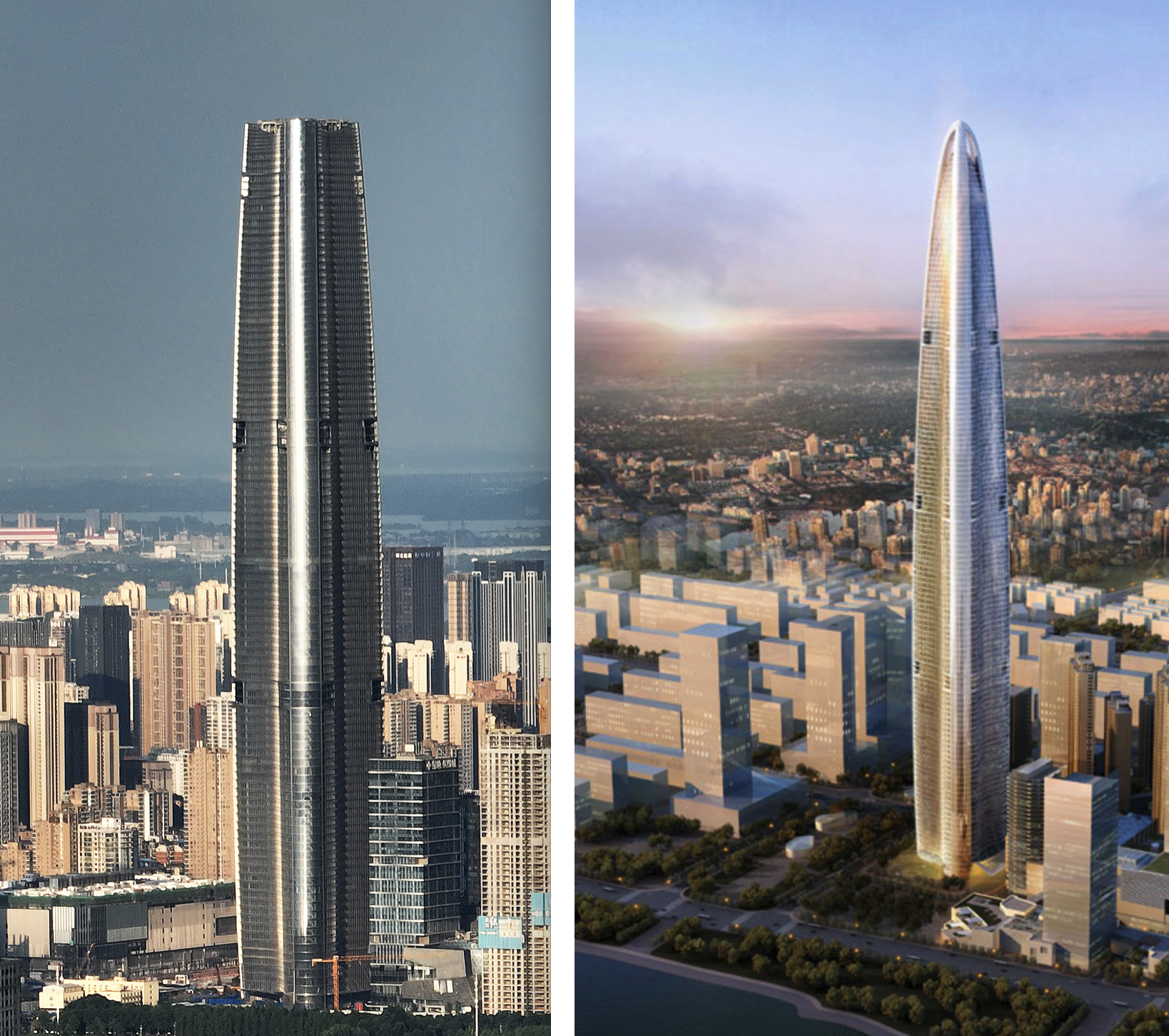 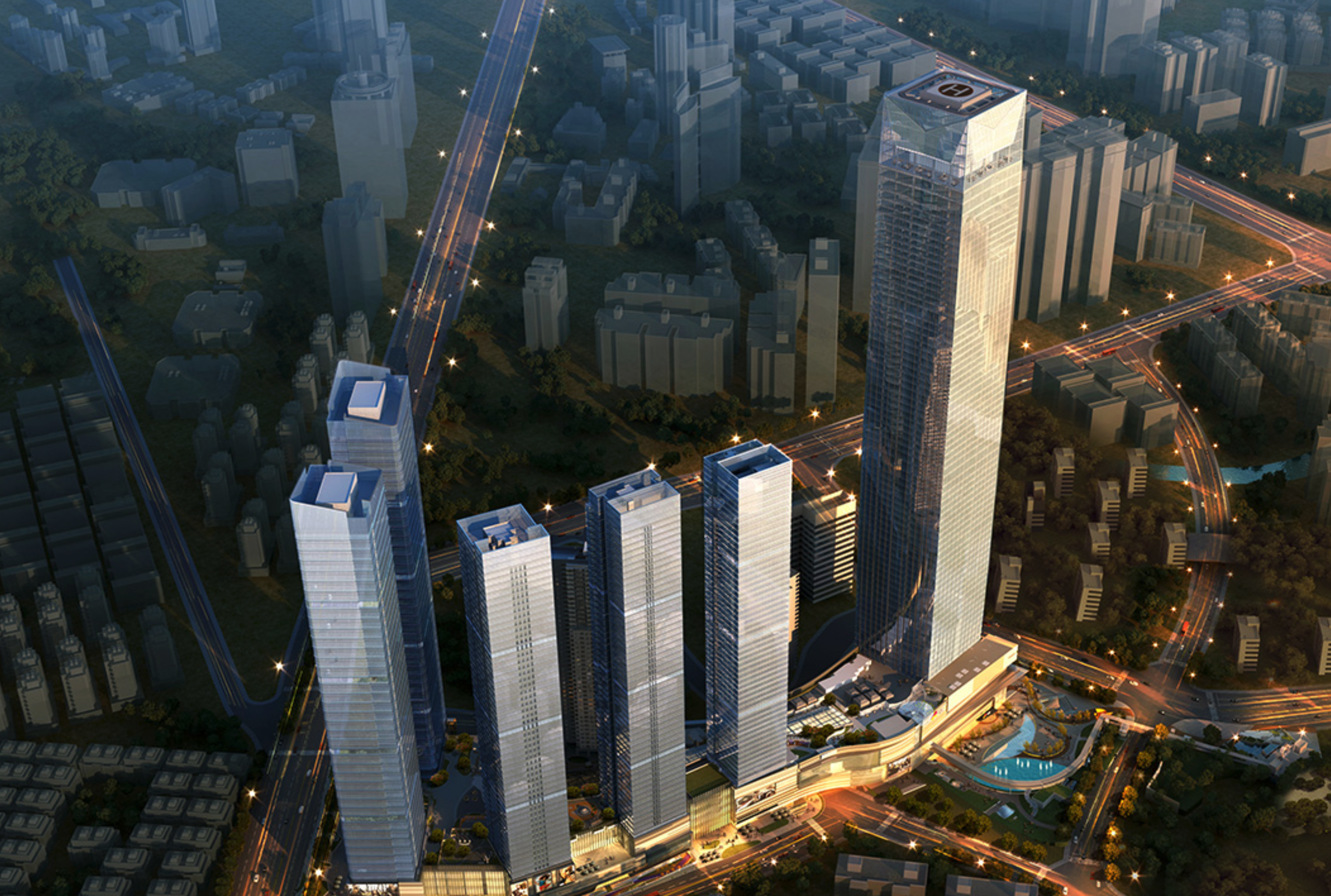 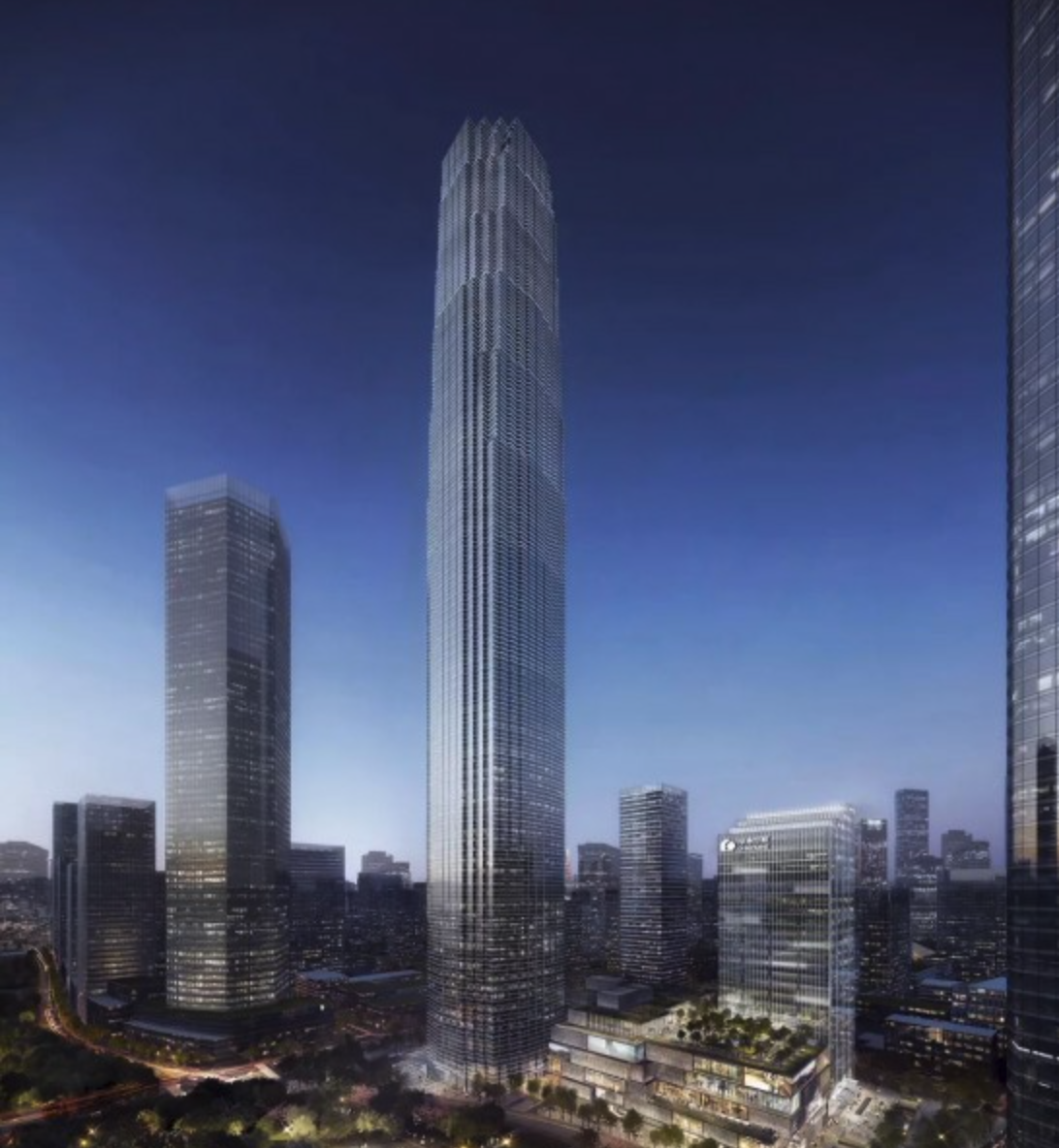 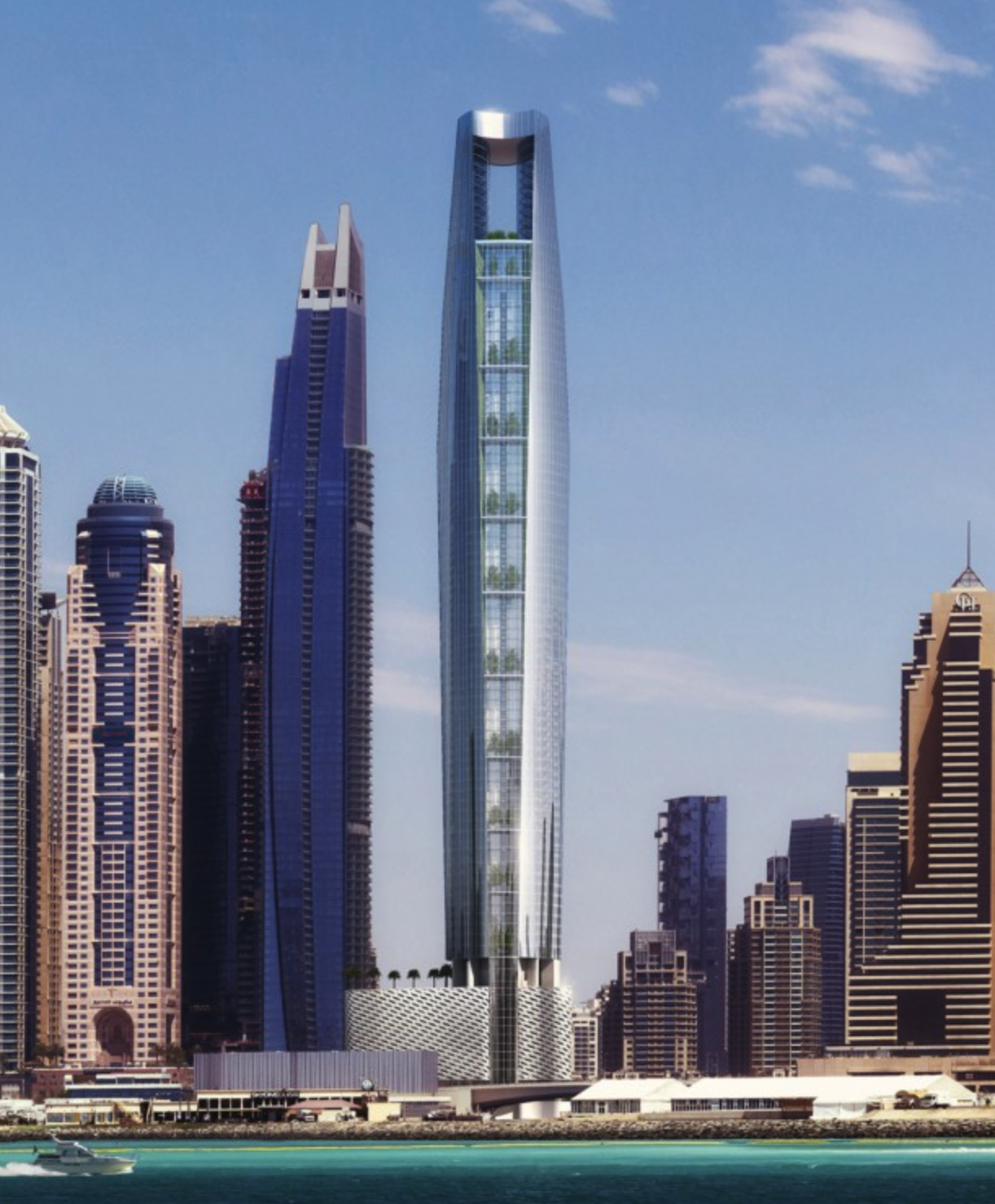