As part of our commitment to you to deliver new builds more frequently, we are making available this version which adds great new functionality to improve efficiency for engineers around the world and has resolved numerous issues that have been reported and thus highly recommend that you look to adopt this version and improve your working experience.

This release has focused principally on addressing a significant number of defects that have been identified in order to deliver a more robust solution. However, we have additionally made a number of minor modifications which should also help to provide a more productive working experience.

Being able to define an area that should be covered by a finite element mesh has been included in STAAD.Pro as the Parametric Model for sometime now. However, over time, various options have changed which has meant those that remain no longer make sense in the current interface. So what was needed was pulling this apart and refactoring so that only those options and attributes which are current are offered as options in the graphical interface for the parametric model definitions. 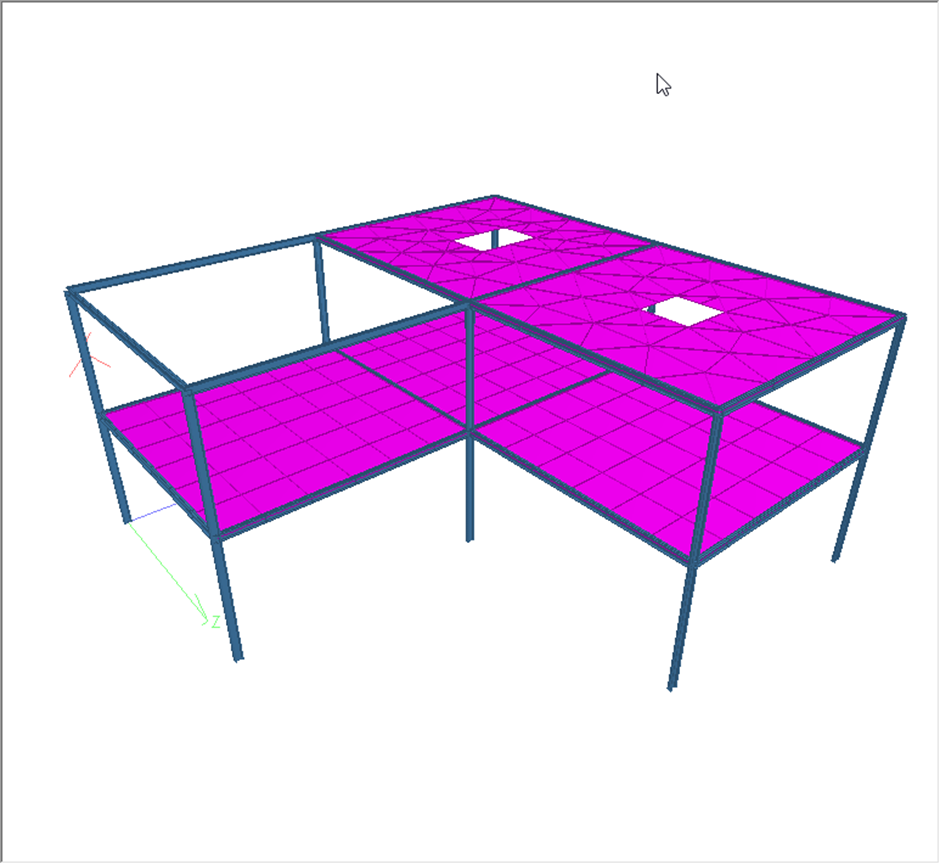 That means, the options of Basic/Advanced to control the element shape has been removed and a simpler option of selecting the element type as either Triangular (i.e. three noded) or Quad (4 noded). Additionally, the underlying meshing control has been revised resulting in generating a more consistent mesh more frequently.

Those who have been working with the Physical Model may rightly feel that the meshes feel familiar, as this is essentially the control that has been successfully offered in generating the finite elements in physical models and now offered as the method in the analytical workflow. 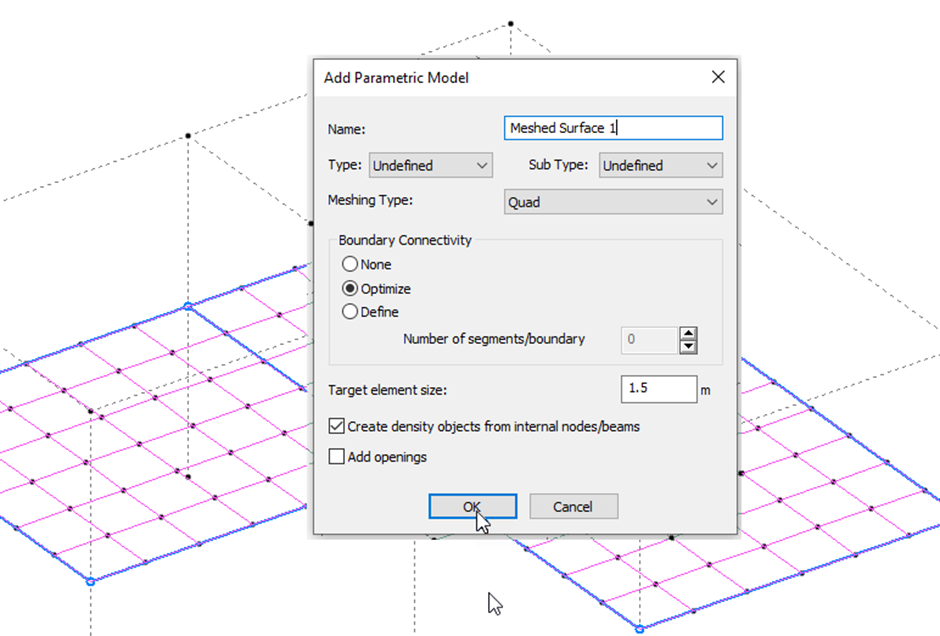 More engineers are building systems to interact with STAAD.Pro, both to generate and drive the program, and also obtain information regarding the outcome of the analysis including designs.

This release has seen further extensions in the functionality with the following:-

Many engineers are developing their own ways to integrate STAAD.Pro into their projects and use automation through the APIs offered with OpenSTAAD. When these are implemented in the Macro Editor, developing the and recalling the details of functions and methods that are available  has been made easier by adding a new link direct to the help documentation that is built with each new version of STAAD.Pro using the functions and parameters implemented by the developer team. 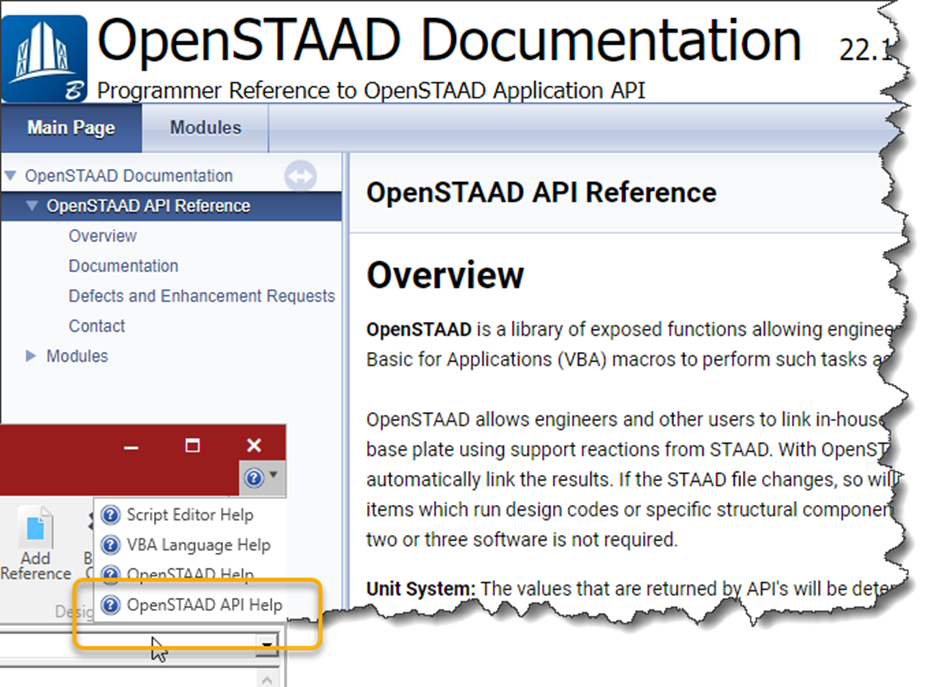 You may recall that in V22 Update 10, there was an update to enhance the wind loading, (New Release - STAAD.Pro CONNECT Edition V22 Update 10 - RAM | STAAD | ADINA Blog - RAM | STAAD | ADINA - Bentley Communities). When creating new models this proved to be well received. However, with models that contained wind loading definitions to the Chinese wind load code,  GB 55001-2021, the new format meant that processing the older format could not be fully automated. Therefore a method has been introduced to catch this and a warning provided to indicate that the wind load will be converted to a generic custom wind load.

In STAAD.Pro V22 Update 8, a steel design module was added to the Canadian CSA S16-2019 edition (see New Release - STAAD.Pro CONNECT Edition V22 Update 8 (22.08.00) - RAM | STAAD | ADINA Blog - RAM | STAAD | ADINA - Bentley Communities). However, whilst the design results were output to the ANL file, there was a strong demand for being able to include the details of the design in a User Report. That capability has been added to the design routine.

With a steel structure, ensuring that the connections between beams and columns are suitable is often a significant step in the overall design process. Therefore the inclusion of the RAM Connection module in STAAD.Pro as the Steel Connection Design workflow, helps ensure engineers can deliver a more complete design in an efficient environment. The RAM Connection development team have extended the offering, details of which can be found here, RAM Connection CONNECT Edition V13 Update 7 (v13.7.0) Release Notes - RAM | STAAD | ADINA Wiki - RAM | STAAD | ADINA - Bentley Communities , but in short this has extended the range of connections templates principally 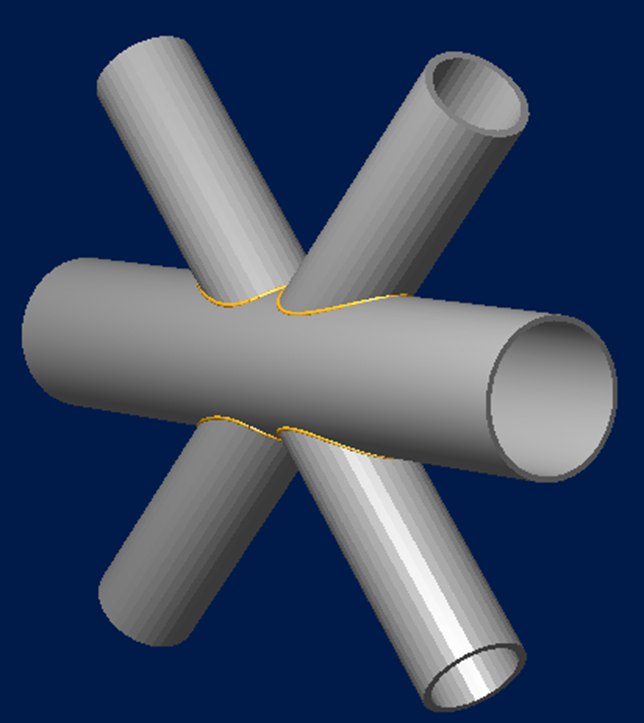 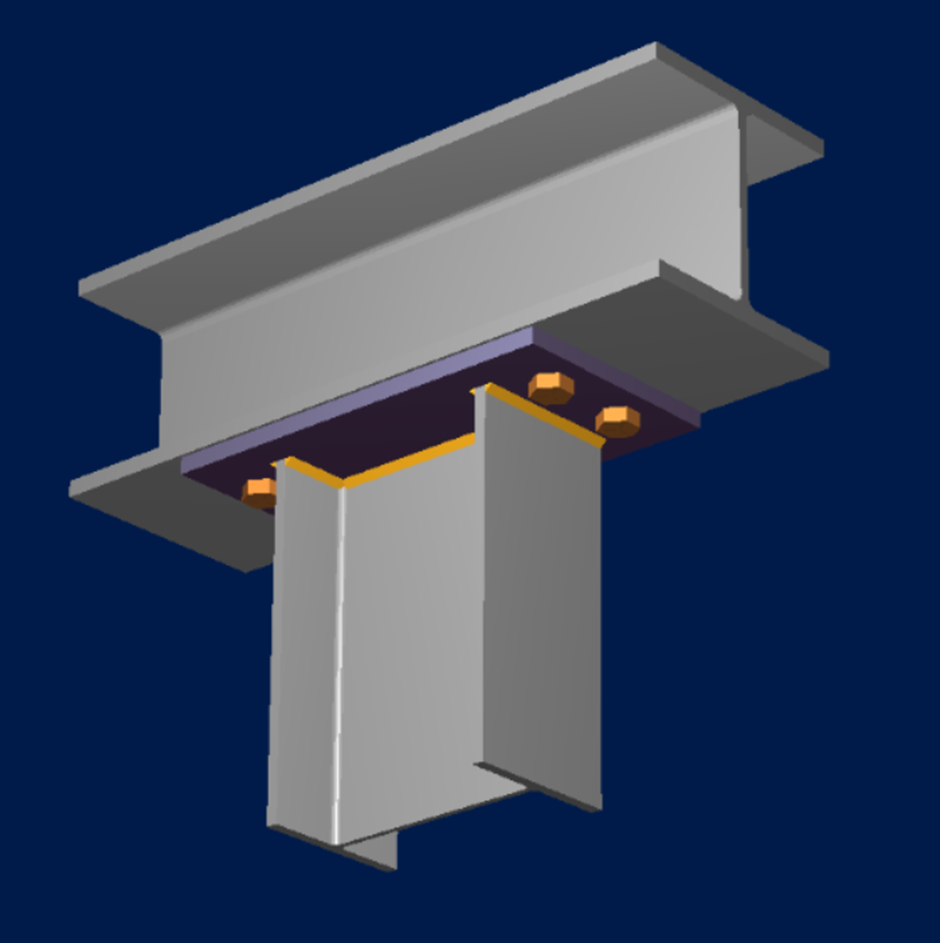 The Advanced Concrete Design application, RCDC, has been updated to v11 Update 4 which includes: -

1. ‘Update Beam Design’ functionality in the beam module with a new analysis file- All Design codes
2. Reading and ‘Design of Beams at Foundation Level’ without column modeled
3. Different Reinforcement Grades for Main and Secondary reinforcement for Column module- All Design codes
4. An additional option to calculate the Moment Capacity Reduction Factor (φ) for column design as per AS 3600:2018
5. ‘Design Change’ report for the ‘Update Design’ functionality in the column module
6. An option to select the Strength Reduction Factor (φ) for shear design of special frames for ACI & NSCP code
7. Pile-cap design for Columns with ‘Tensile Axial’ force- All Design codes
8. Reading Tapered tank wall from STAAD physical modeler

The concrete foundation application included in the STAAD.Pro installation, STAAD Foundation Advanced (SFA) has been updated to v9.6 which includes: -

For more details on these and other issues that have been addressed in this build Refer to the SFA Release Notes.

Note that if you are already using STAAD.Pro CONNECT Edition, you should be notified of the new build with the Bentley CONNECTION Client.