At approximately 17:30 BST on Monday a portable gas canister exploded in Chesterfield, Derbyshire, United Kingdom, causing the partial collapse of a house.  Unfortunately, the blast caused the injury of three people and Emergency services were called.

Derbyshire Police said there was "severe structural damage" to a building on St Helen's Street, and gas and electric supplies were affected. Derbyshire Fire and Rescue Service said the partial building collapse was most likely caused by "an accidental explosion due to a portable gas canister".

A man was taken to the hospital but his injuries were not thought to be serious. One woman, who lives nearby, told BBC Radio Sheffield that she heard a loud noise and "thought it was a car crash". She said she went outside to investigate and saw "the house next-door-but-one was all blown across the road. It even took the door off. It was a right mess. There were people trapped inside". A woman upstairs was shouting to people down in the street and said her husband was trapped in the cellar downstairs. "It's a miracle that nobody was killed," she said.

Derbyshire Police said they were working with the county council, Derbyshire Building Control Partnership and utility companies to make sure the property and neighboring homes were safe. 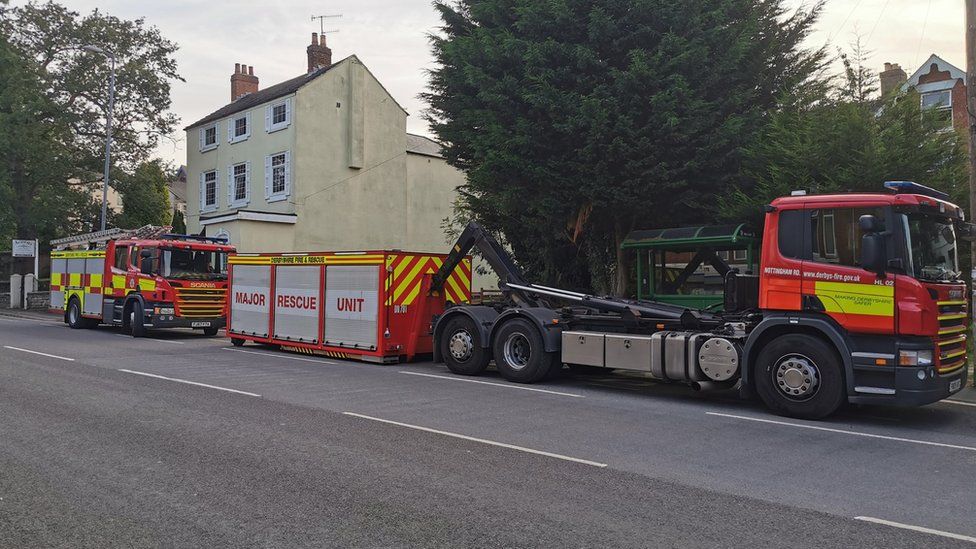