Ten people were injured while no fatalities have been reported when a snow-covered bridge in Pittsburgh collapsed Friday morning, hours ahead of a previously scheduled visit to the city by President Joe Biden to discuss about infrastructures.

Fire Chief Darryl Jones characterized the injuries as "minor," and said three people were transported from the scene. None of the injuries were life-threatening, he said.

The National Transportation Safety Board has a team on site and is bringing in a crash reconstructionist who will map the scene with a drone. Once the mapping is done, authorities will remove vehicles and debris from the scene.

First responders used ropes to rappel down to get to the victims, Jones said. Crews also used what he called a "daisy chain" where they linked hands to reach the victims and pull them out.

President Biden visited the site of the collapse Friday afternoon as he proceeded with his trip. Prior to his arrival, the President called Pennsylvania Gov. Tom Wolf and Mayor Gainey, White House principal deputy press secretary Karine Jean-Pierre told reporters.

"I've been coming to Pittsburgh a long time, and as a former Pennsylvanian. I didn't realize that there are literally more bridges in Pittsburgh than in any other city in the world," Biden said, adding, "We're going to fix them all."

"There's 43,000 nationwide," he said, referring to the number of bridges in poor condition across the country. "And we're sending the money."

In an interview with CNN, Pittsburgh City Councilmember Corey O'Connor said it was fortunate the collapse didn't happen later in the morning, when there likely would have been far more traffic on the bridge.

"If this would have occurred an hour later, this is a road that gets probably about 15,000 cars on it a day, and if it was rush hour, we would be looking at a couple hundred cars down in that valley," he said. "We got very, very lucky today, and hopefully those individuals at the hospital recover quickly and they're home safe in the next couple days."

The Allegheny County Police Department was notified about a partial bridge collapse sometime after 6 a.m. on Friday, according to Amie Downs, a spokesperson for the county.

Only minor injuries have been reported, including the driver of an articulated bus and two passengers, Downs said.

The collapse also caused a natural gas line in the area to break, Downs said, but the line has since been turned off. There are some reports of people feeling ill in the area from natural gas, Downs said, and those individuals are being treated on the scene.

There is no evidence at this time there was a gas explosion prior to the collapse, Kukovich said. He described the gas line as a distribution line but said it was not a high pressure gas line.

Peoples Gas crews are on the scene assessing the situation, Kukovich said, and nearby customers are experiencing "minimal service interruptions." 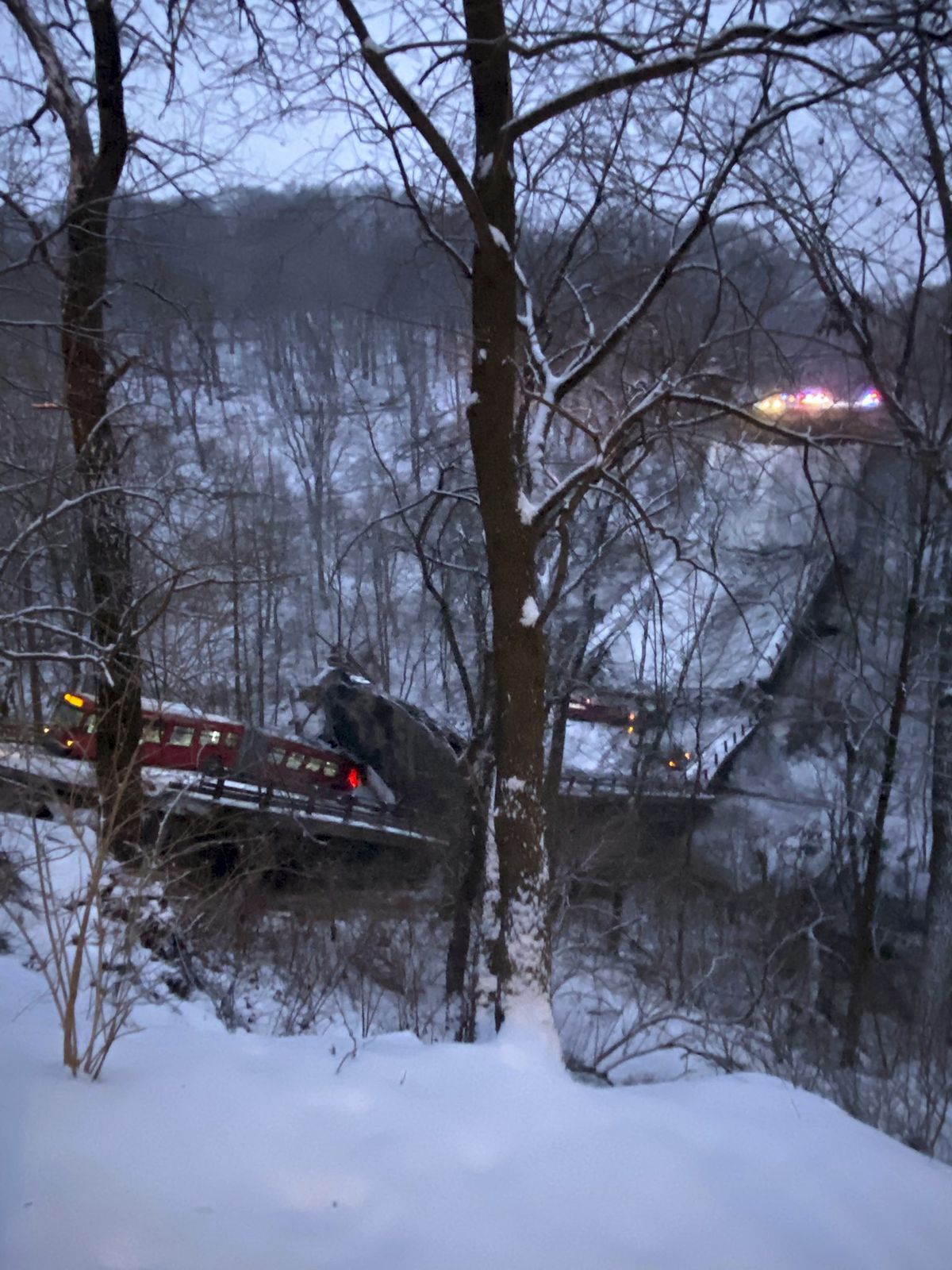