STAAD.Pro structural analysis and design software from Bentley has been widely used for designing steel and concrete structures by engineers across the globe for decades. In recent versions of the software, significant enhancements have been made to the concrete design capabilities through the introduction of the Advanced Concrete Design workflow. The new workflow not only enables the analyzed model to be designed as per concrete codes like ACI 318-14, but also allows the generation of design reports and goes far beyond in terms of creating detailed drawings, bills of quantities, and bar bending schedules. This blog post outlines these enhanced concrete design capabilities and how engineers can leverage these in their own concrete design projects.

This article focuses on the following topics:

In lieu of a more detailed nonlinear analysis, the code permits linear analysis of concrete structures with appropriate stiffness reductions as outlined in section 6.6.3.1.19(a) of the AIC 318-14 code to account for cracking and creep. One can account for such stiffness reductions in STAAD.Pro through the use of Property Reduction Factors. An elastic second order analysis as mentioned in section 6.7 of ACI 318-14 is required to account for slenderness effects.

In STAAD.Pro, the iterative P-Delta analysis, which includes both large and small delta effects, can be used for this purpose. The analysis approximations involved in magnifying column moments from a first order analysis using Moment Magnification Factors, are thus completely eliminated by carrying out a more accurate second order analysis like a P-Delta Analysis. One needs to combine loads using REPEAT LOADS in lieu of LOAD COMBINATIONS for this type of analysis to properly account for the P-Delta effects.

Different types of lateral force-resisting systems like moment frames, braced frames, shear walls, and dual systems can be adequately modeled in the software. Shear walls can be modeled using a mesh of plates. The stiffening effect due to concrete floors and decks, which behave as rigid diaphragms, can be included in the analysis by using the Floor Diaphragm feature. This allows one to account for the effect of the slab without actually modeling it using a mesh of plates, which in turn helps in reducing the problem size and complexity. The Floor Diaphragm feature also helps in accounting for torsion effects resulting from eccentricity between center of mass and center of rigidity and also accidental torsion.

In addition to the traditional method of concrete design which was already available in STAAD.Pro, commonly referred to as the Batch Mode design, a new Advanced Concrete Design workflow has now been added to STAAD.Pro. In the traditional design approach, members are designed as individual analytical entities as opposed to being designed as physical entities. One of the major limitations of an analytical member-based design is that the continuity of reinforcement cannot be maintained across the adjacent analytical segments, although these in reality may represent a single physical member. In this method of design, the software tries to come up with the most economical design for each segment, leaving the designer with the task of finalizing the reinforcement layout based on practical considerations.

The new Advanced Design Workflow overcomes this limitation. It not only designs the members as physical entities, but is also able to account for continuity effects when it comes to detailing. Beams are designed for combined effects of flexure, shear, torsion, and axial forces. Depending on the actual axial stress developed, beams are detailed as beams or as columns. Minimum reinforcement checks are performed as per sections 9.6.1.2 and 9.6.1.3 of ACI 318-14 to prevent brittle failure of the member. Maximum reinforcement requirements as per 9.3.3.1 are satisfied by considering a minimum strain in reinforcement of 0.004.

Ductility detailing requirements, if necessary, are also met by the software. Special confining to longitudinal reinforcement is provided as per 18.7.5 to prevent any buckling of longitudinal reinforcements, and also to ensure that the column has adequate axial strength. STAAD.Pro checks for minimum flexural strength of columns as per 18.7.3 so that the columns are stronger than the beams, thereby ensuring that total structural collapse does not happen due to yielding of columns. Shear strength at beam column joint is checked as per 18.8.4.1. Depending on the framing type, shear strength of the columns is checked as per 18.3.3 or 18.4.3.1. Although the software comes up with the bar arrangement, users have the flexibility to override that, as well as to change bar sizes and other design parameters on the fly to redesign any cross section.

Wall cross sections are designed following the same principles used for column design. Walls can be designed as both ductile and non-ductile, and users can control the reinforcement arrangement. Non-ductile walls are checked for in-plane shear as per section 11.5.4. Vertical and horizontal reinforcements satisfying the requirements of section 11.6 are provided for non-ductile walls. For ductile walls, the vertical and horizontal reinforcements and their spacing are provided as per 18.10.2.1. In-plane shear check for ductile walls are carried out as per section 18.10.4.1. The need to provide special boundary elements in walls is evaluated as per requirements laid out in section 18.10.6.

Generation of Reports and Drawings

The bill of quantities can also be a summary report listing quantities of concrete, steel, shuttering, and cost. Alternately, one can also ask for a detailed bill of quantities which breaks up the reporting of quantities for each element of the structure. Drawings include elevations and sections with all reinforcement details. These drawings can be directly opened in MicroStation or can be saved as dxf, which can then be opened in any CAD package for further detailing, if required.

The STAAD products have played a key role in the analysis and design of many iconic concrete structures around the world. The K10 Grand office building designed by Vyom Consultants is one such building. The 12-story structure features a unique shape, which required use of inclined columns on several floors, and an open entrance foyer on the first level, which required long cantilever spans and complicated the seismic design. Using STAAD structural analysis and design software from Bentley, Vyom Consultants was able to investigate several design iterations and design all concrete components within an aggressive project schedule.

“As all the design aspects needed a lot of iterations, designing and analyzing using STAAD reduced the time to a great extent. With the help of STAAD, we were able to complete the entire building design with drawings within one month.” 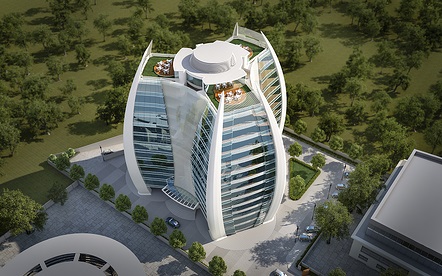 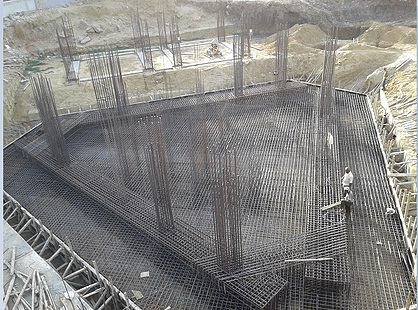 Bentley has compiled a learning path to get start...

This release has focused principally on addressin...