The quake struck in northern Luzon, the country's most populous island, at 8:43 a.m. local time (8:43 p.m. ET), according to USGS. The agency originally designated the quake 7.1-magnitude, before downgrading it to 7.0.

Its epicenter was about 13 kilometers (8 miles) southeast of the small town of Dolores, Abra province, with a depth of 10 kilometers (6.2 miles), according to USGS.

Interior Secretary Benjamin Abalos Jr. said in a government news conference that two deaths were recorded each in Abra and Benguet. He also said that 58 landslides have been reported, and 218 towns in 15 provinces were affected by the earthquake. Three bridges were destroyed in Abra.

The earthquake's impact was felt in the capital city, Manila, more than 400 kilometers (about 250 miles) away, where workers and residents evacuated from buildings and gathered on the street.

The quake also triggered landslides, with photos showing large boulders and rocks tumbling onto a road in the town of Bauko, south of the epicenter. Other photos show people working to clear the debris.

The Philippine Institute of Volcanology and Seismology (Phivolcs) said citizens should brace for any aftershocks, but added it had not issued any tsunami warnings because it was detected inland.

Abra is a landlocked region known for deep valleys and mountainous terrain. In a statement, Rep. Ching Bernos, congresswoman for Abra province, said the quake "caused damages to many households and establishments," and "was also felt in various parts of Luzon and activated preemptive measures in many places."

Photos from Abra show buildings damaged by the quake and debris covering the ground. One building is seen with cracks along the walls, while another lies tilted on its side.

Bernos said her office is monitoring the situation and assessing the extent of the damage, and urged residents to stay alert "in light of the possibilities of aftershocks."

Philippine President Ferdinand "Bongbong" Marcos Jr. ordered an immediate dispatch of rescue and relief teams to Abra, and will visit the affected areas once he is "given the all-clear," his press secretary said in news conference on Wednesday. 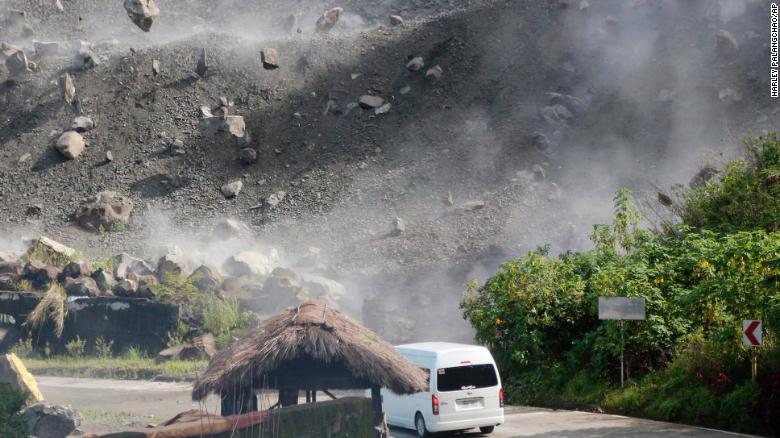