At least 26 people were injured by a magnitude 6.4 earthquake that rocked the northern Philippines, forcing the closure of an international airport, sending panicked residents into the streets and causing substantial damage to a hospital.

Police and civil aviation officials said that at least 26 people were injured in Ilocos Norte, the home province of President Ferdinand Marcos Jr, where the international airport in the capital city of Laoag was ordered to close temporarily on Wednesday due to damage from the earthquake.

The president – also known as Bongbong – warned of aftershocks on Wednesday and advised people, in a tweet, to stay out of tall structures.

Patients were evacuated from the 200-bed Mariano Marcos Memorial Hospital in Batac city, about 60km (37 miles) north of the epicentre, which sustained some of the worst reported damage so far.

At least two towns in Cagayan province temporarily lost electricity due to damaged power lines. A number of bridges and roads in outlying provinces were damaged.

In the town of La Paz in Abra, a century-old Christian church was damaged, with parts of its belfry collapsing and some walls cracked, littering the church’s grassy yard with debris, officials said. Dolores town police officer Jeffrey Blanes said that “buildings were shaking so people ran outside”.

A member of the public in Aparri municipality, located more than 100km (62 miles) from the epicentre, posted on the website of the European-Mediterranean Seismological Centre (EMSC) that it was the most extensive tremor they had experienced. “The longest earthquake I’ve ever felt. Thank God we’re safe. Stay safe everyone,” the post read.

Photos of collapsed ceilings in some of the hospital rooms, as well as dozens of patients waiting in chairs on the driveway outside, were posted on the local fire service’s official Facebook page.

“The authorities made us leave the building while they checked the building integrity… We are currently conducting an assessment of the damage,” hospital worker Tom Tabije told the AFP news agency.

The civil defence office in Abra province, where Dolores is located, said there were no immediate reports of casualties, but the extent of the damage would not be known until morning.

“We are unable to make a thorough assessment of the impact now because it is nighttime and we are also thinking about our people’s safety,” Abra rescuer Joel de Leon told AFP by phone.

Eleven people were killed, and several hundred were injured in July when a magnitude 7.0 quake hit the mountainous Abra province triggering landslides and ground fissures. In October 2013, a magnitude 7.1 earthquake struck the central island of Bohol, killing more than 200 people.

Earthquakes are a daily occurrence in the Philippines, which sits along the Pacific “Ring of Fire”, an arc of intense seismic and volcanic activity stretching from Japan through Southeast Asia and across the Pacific basin. 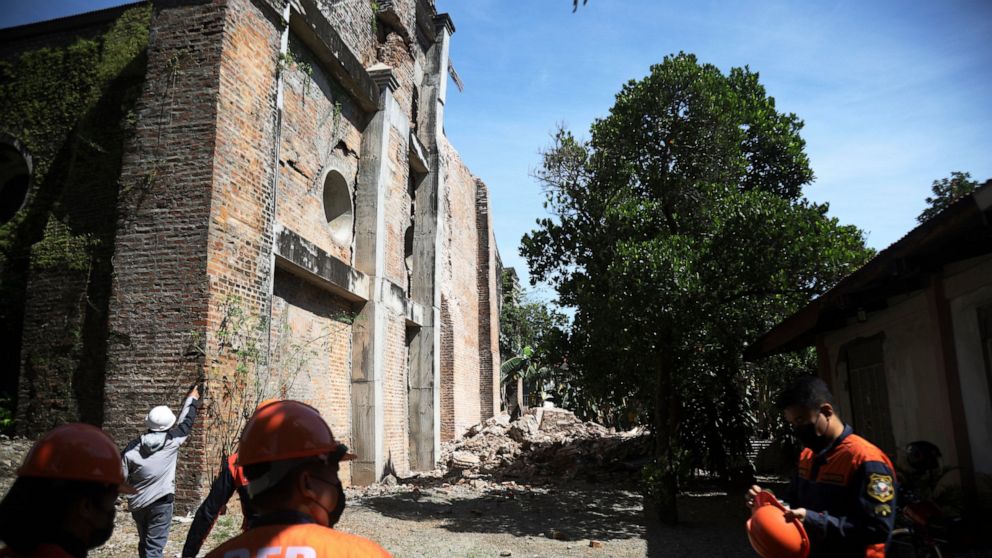