Elon Musk, frustrated by LA’s heavy traffic, has proposed to create tunnels for an underground transportation system. And his newly established Boring Company, is exploring ways to cut down tunneling costs, in order to make his plan feasible.

Tunneling machines traditionally dig for half the time and then go back to add reinforcements in the wall, a process that requires more time and money. Since last April, Musk has expressed his intention to build a machine that could dig and place reinforcements at the same time. The Boring Company, founded to create tunnels for an underground transportation system in Los Angeles, has released a map illustrating a proposed network for those tunnels. Operating beneath Interstate 105, the tunnels would hold large electric skates that could transport cars at speeds of up to 150 mph (241 km/h). The tunnels could also one day be used for Hyperloop, a proposed mode of passenger and freight high-speed transportation, as they could travel with a top speed of 760 mph (1,200 km/h). Musk also hopes to build tunnels in Chicago and between New York City and Washington, DC.

The company, after filling an excavation permit, is currently constructing a 6.5-mile (10 km) "proof-of-concept" tunnel in LA in order to run tests before the tunnels could be expanded or used for public transportation. In October, Musk shared a photo of a 500-foot (150 meter) segment of the concreted tunnel that was already complete with tracks and cables. Within three or four months, this would stretch to around 2 mi (3.2 km).

The Boring Companyâ€™s goal is to create fast to dig, low cost tunnels. According to their website, this could be achieved by reducing the tunnel diameter, as sizing the diameter to half its original size decreases tunneling costs by 3-4 times! The current standard for a one-lane tunnel is approximately 28 feet, but by placing vehicles on a stabilized electric skate, it can be reduced to less than 14 feet. Another way to achieve their goal is to increase the speed of the Tunnel Boring Machine (TBM) and this is something they are currently working on. 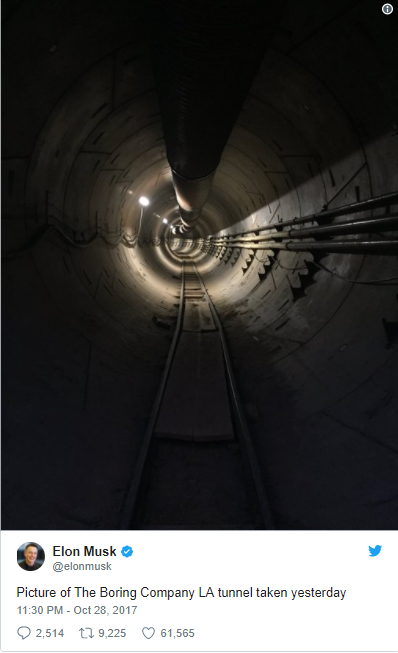 Below, you can see the proposed map. The red segment represents the â€˜proof-of-conceptâ€™ tunnel that will be used for safety testing and demonstrations, while the blue segments â€“simply conceptual at this point- are potential expansion routes if the tunnels are approved by the local authorities to be used for public use. The company says it would develop these tunnels in collaboration with the city council and will be seeking input from the general public on station locations and other system improvements. 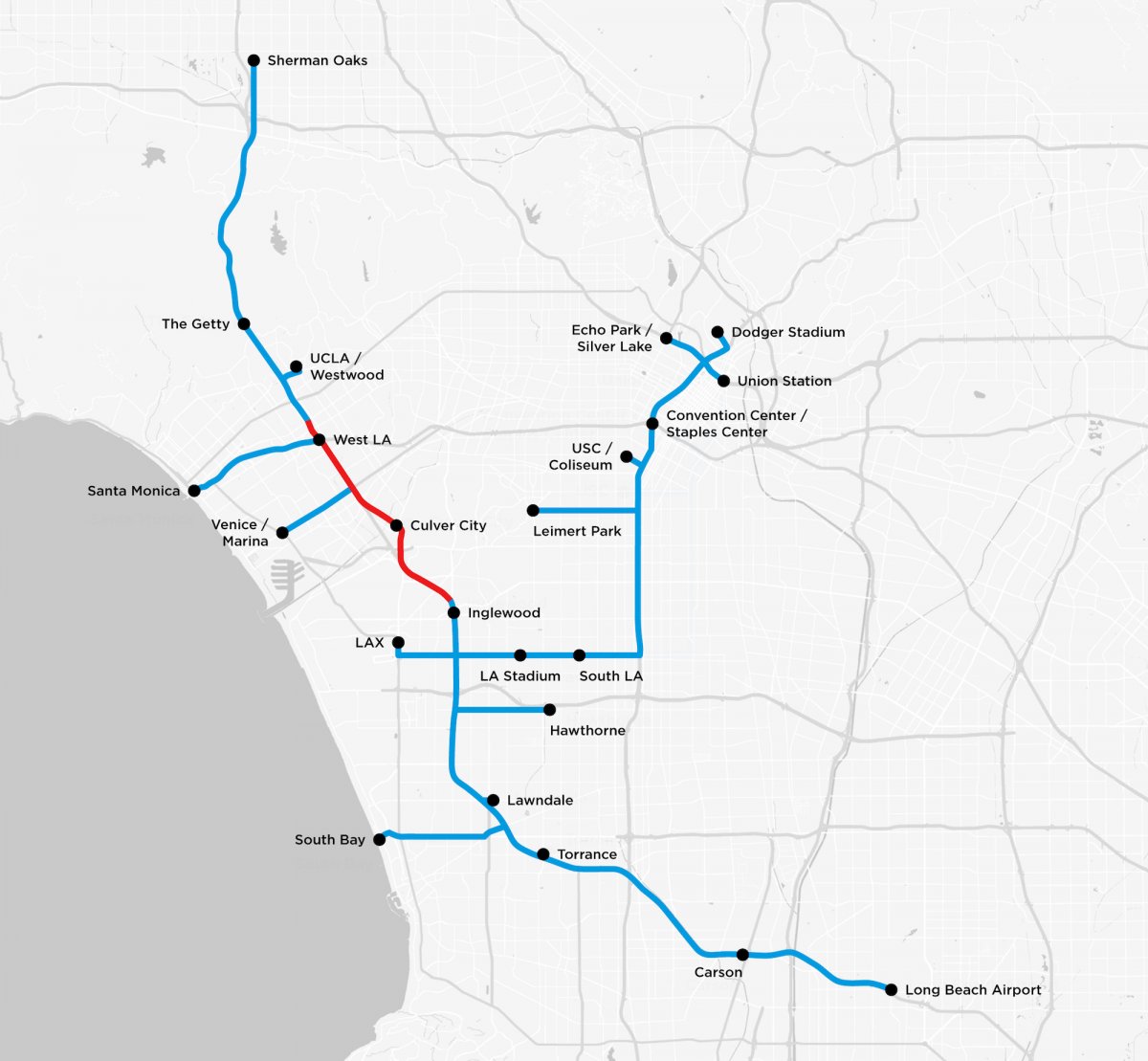 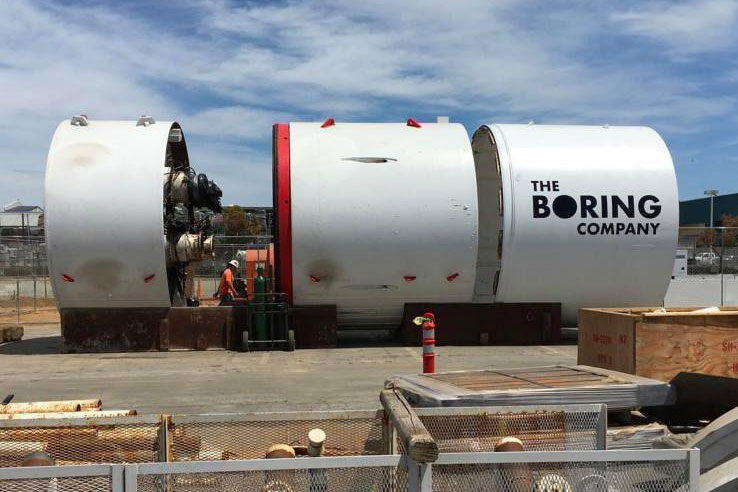 The Boring Company is currently testing a tunnel boring machine that was used for a sewer project in Sunnydale, California. The ultimate goal is to use the machine, named Godot, to learn how tunneling technology can be altered to dig tunnels faster and at a lower cost.