The 3D-printing method has become an alternative to building houses based on the old-fashioned way, with many championing its effectiveness and ability to reduce labor costs and construction time.

Construction technology company Icon, a leader in large-scale 3D printing, recently announced a partnership with the home-building company Lennar to construct the largest community of 3D-printed homes in the world. Lennar, one of the biggest home builders in the USA, is an investor in the Austin-based Icon’s recent $207 million round of financing, and this collaboration brings the two companies closer.

The project will include 100 single-story homes co-designed by the celebrated architecture firm Bjarke Ingles Group and is breaking ground in 2022 in the Austin area. Icon’s new Austin development will rely on its innovative Vulcan 3D printer. It’s a machine that produces a cement-based mix (concrete mixture) called Lavacrete. The company says that Vulcan “produces resilient, energy-efficient homes faster than conventional construction methods with less waste and more design freedom— keeping construction projects on schedule and on budget.” These homes can be as large as 3,000 square feet and last even longer than properties built using standard construction methods. Lavacrete, according to Icon, combined with other cutting-edge materials can stand up to extreme weather and can help keep the homes intact in the event of a natural disaster.

Icon has already built two dozen 3D-printed homes and structures in the United States and Mexico and claims that this number is the largest completed by any construction tech company. Last summer, for example, a homeless man named Tim Shea became the first person to live in a 3D-printed house, which Icon built using Vulcan. The 400-square-foot property is in Community First Village in Austin, which offers affordable permanent housing to people who are coming out of homelessness.

Icon’s cofounder and CEO Jason Ballard says in a statement that, “Icon exists as a response to the global housing crisis and to put our technology in service to the world” while he continues and says that “The United States faces a deficit of approximately 5 million new homes, so there is a profound need to swiftly increase supply without compromising quality, beauty, or sustainability, and that is exactly the strength of our technology.”

Innovations in 3D-printed housing could be a game changer for productivity, according to Taylor Marr, the deputy chief economist for the real estate brokerage and research firm Redfin. “The construction industry has lagged behind most other industries in productivity growth—getting more houses from the same number of construction workers,” he says. “Worker shortages have consistently been a challenge for large home builders, and the current labor market has only exacerbated that challenge.”

However, Marr adds that the scale of Icon’s Austin community is small overall in the face of a shortage of five million homes making the housing market increasingly unaffordable. “Nonetheless, it’s a move in the right direction, and, if successful, could be scaled up further across the country,” he says. 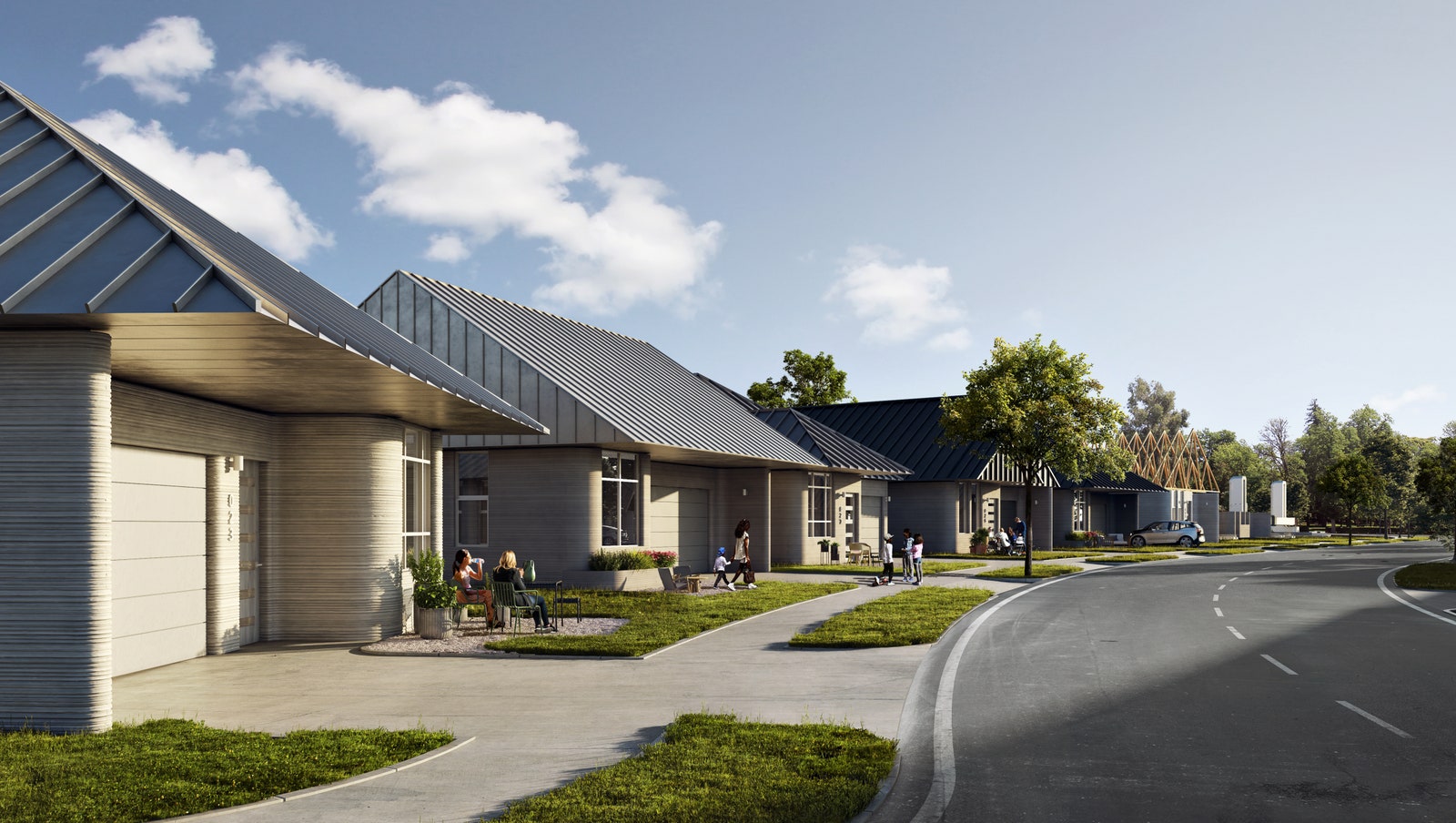 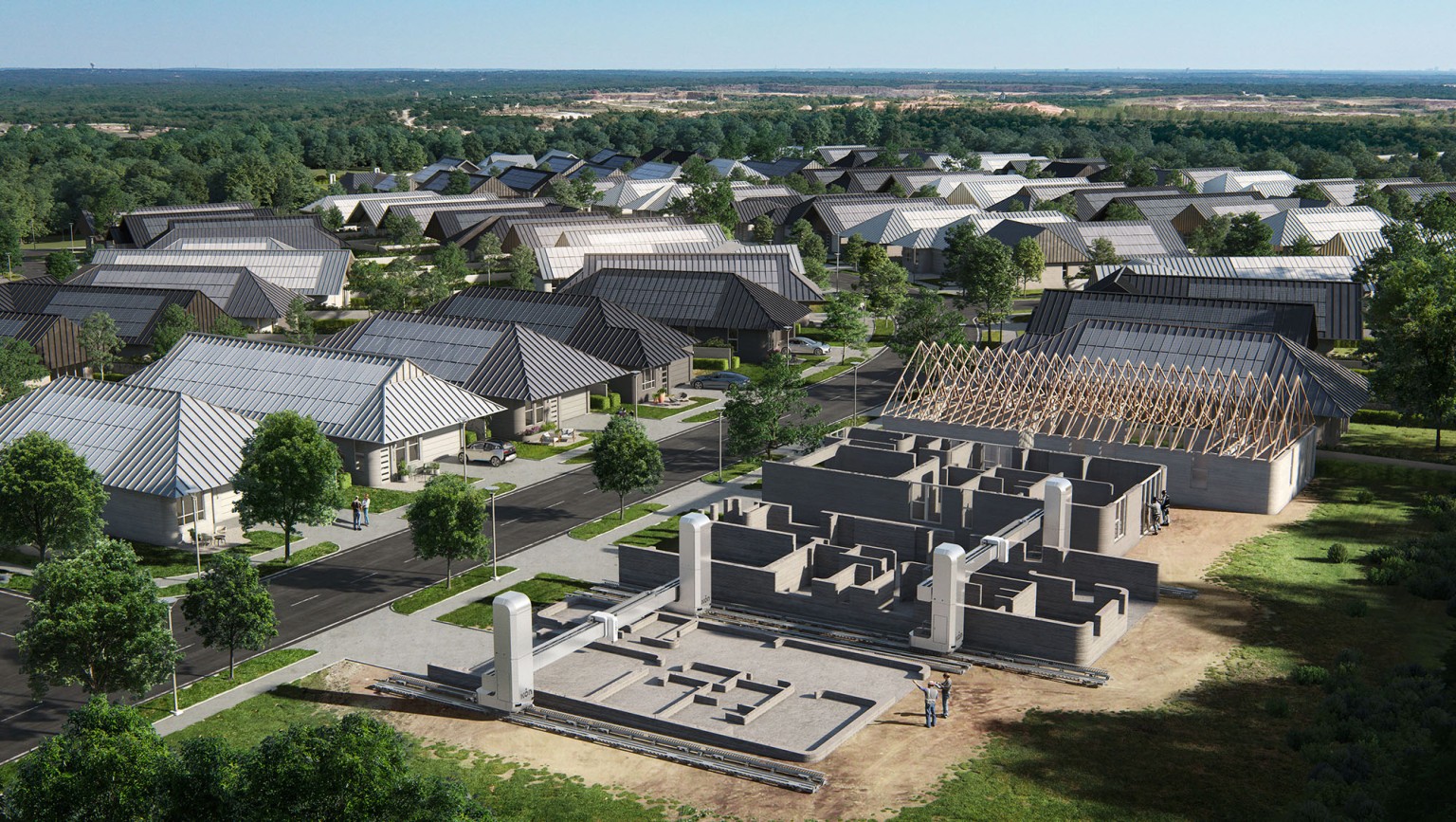 In Texas, the world's largest 3D printed neighbourhood will be developed