The quakes, including two of magnitude 6.0, struck west of the major port city of Bandar Abbas in Hormozgan province, the US Geological Survey said.

The first rattled an area north of the town of Dezhgan shortly after 2:00 a.m. (2130 GMT), before a 5.7 tremor hit two hours later followed quickly by the second 6.0 magnitude quake, said the USGS.

Hormozgan governor Mehdi Dousti said five people were killed, as cited by the official news agency IRNA. Dousti said most of the damage occurred in the village of Sayeh Khosh, close to the epicenter. State television said 49 people were injured and showed video footage of residential buildings reduced to rubble in Sayeh Khosh, which was plunged into darkness in a power outage.

Ambulances and other vehicles tried to navigate roads covered in debris as shocked residents took to the streets or tried to recover items from their flattened homes.

People also spent the night outdoors in the provincial capital Bandar Abbas, with a population of more than 500,000, located about 100 kilometers (60 miles) east of the epicenters, where long lines formed in front of gas stations, state media reported.

The Red Crescent said in the morning that search and rescue operations were nearly over.

“We are concentrating on housing the victims of the earthquake,” Dousti told television, adding that half of Sayeh Khosh was destroyed.

In 2003, a 6.6-magnitude quake in southeastern Iran leveled the ancient mud-brick city of Bam and killed at least 31,000 people.

In November 2017, a 7.3-magnitude quake in Iran’s western province of Kermanshah killed 620 people.

Iran’s Gulf Arab neighbors have raised concerns about the reliability of the country’s sole nuclear power facility, which produces 1,000 megawatts of power, and the risk of radioactive leaks in case of a major earthquake.

In February 2020, a magnitude 5.7 earthquake in northwestern Iran killed nine people, including children, in neighboring Turkey and injured dozens on both sides of the border.

One person was killed in November last year when Hormozgan province was hit by twin 6.4 and 6.3 magnitude quakes. 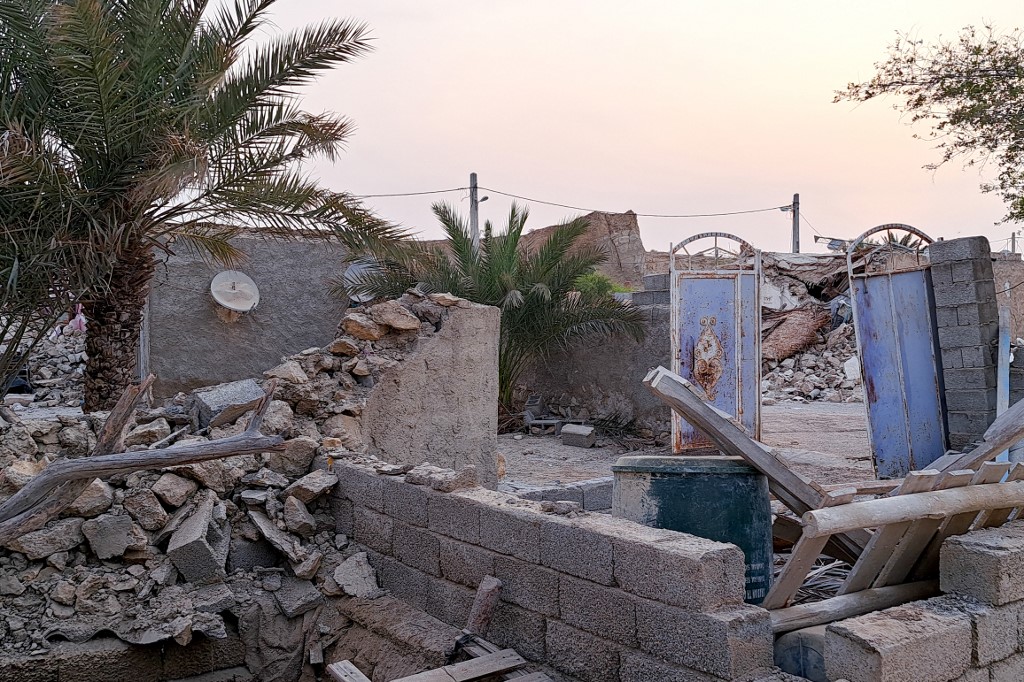