This week marks a milestone in the Elizabeth River Tunnel project in Virginia. The project is one of the largest infrastructure projects occurring in the U.S. right now. It will place a two lane tunnel next to an existing tunnel connecting Norfolk and Portsmouth, Virginia and thus double the tunnels capacity and reduce commute times. SKW Contractors team, a joint venture between Skanska, Kiewit, and Weeks Marine, are overseeing the public-private partnership project and are responsible for submersing eleven 16,000-ton hollow concrete elements into a special trench at the bottom of the Elizabeth River.

Currently six of the eleven hollow concrete elements have made the journey from where they were cast in Baltimore to the project site. The steps involved in submersing the concrete sections are outlined in the infrgraph below created by Skanska. The project requires great precision for many of its steps including grading 40,000 tons of aggregate to a one-inch tolerance despite doing all this work at the bottom of the Elizabeth River. The process described in the infograph will be repeated 11 times with each iteration being slightly different do the different geometries of each section. The entire project is expected to be completed by 2016. Click here to see the infograph or scroll down to see the photo gallery! 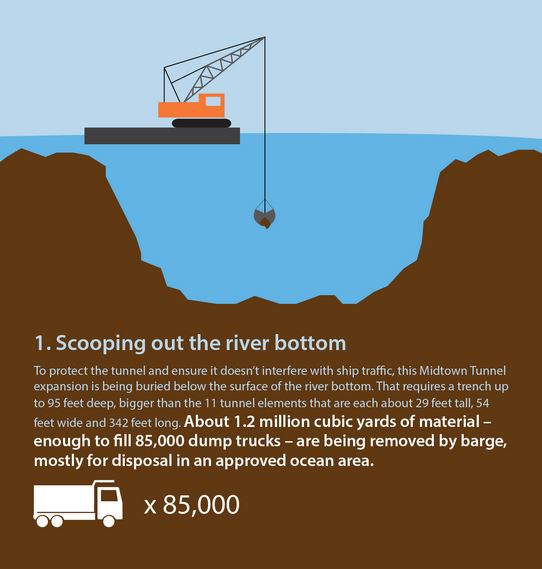 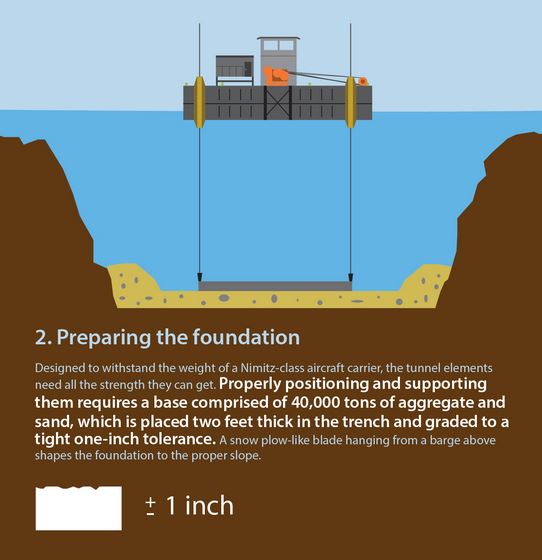 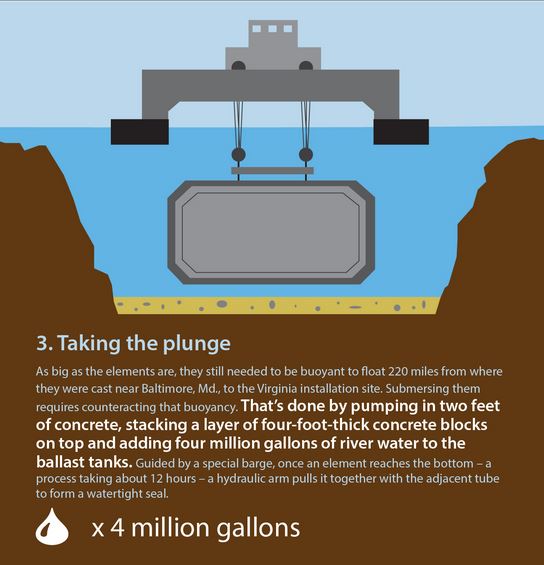 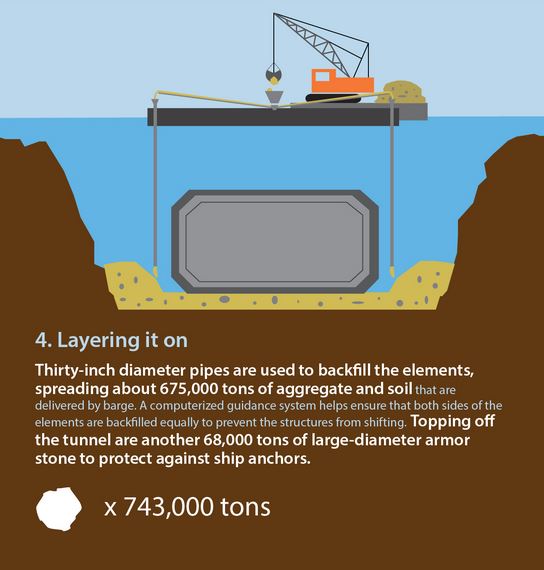 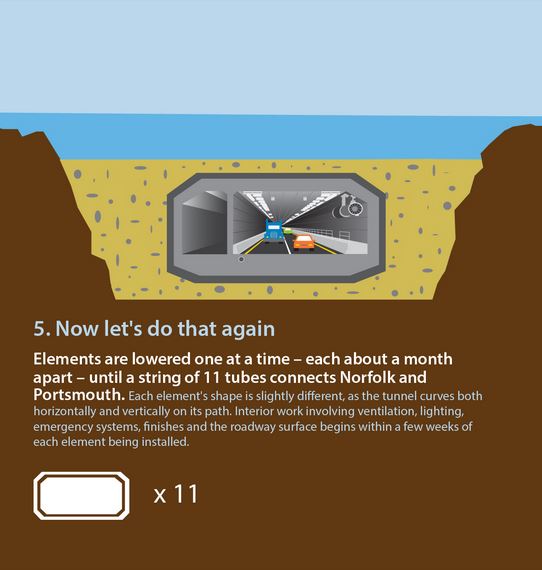