The aim is to develop the Delhi Mumbai Industrial Corridor (DMIC) as a “Global Manufacturing and Trading Hub”, featuring  24 industrial regions, 8 smart cities, 5 power projects, 2 airports, 2 Mass Rapid Transportation Systems (MRTS) and 2 logistics hubs. With an estimated investment of US$100 billion, the project is expected to fuel India’s economic growth for the next 20-30 years, facilitating businesses and providing cheap, fast and efficient transportation to ports and the rest of the nation. Phase I (8 of the 24 investment regions) is estimated to be completed by 2019.

Aiming to increase the share of manufacturing in the Gross Domestic Product (GDP) to 25% by 2025, the Indian government is trying to invigorate the sector, enhance the country's global competitiveness and facilitate investment. To this direction, they plan to construct five industrial corridor projects, one of which is the Delhi Mumbai Industrial Corridor (DMIC), approved in 2011 and considered to be the worldâ€™s largest infrastructure project. The corridor was planned across 2,700 km with an additional 5,000 km of feeder lines connecting Mumbai to West Bengal. This upcoming State-Sponsored Industrial Development Project, with a total estimated investment of $100 billion, will span across six states in order to stimulate economic development and spawn new industries, creating 25 million jobs predominantly in the manufacturing sector upon its completion. These six states are Delhi, western Uttar Pradesh, southern Haryana, eastern Rajasthan, eastern Gujarat, and western Maharashtra, accounting for almost 54% of Indiaâ€™s gross industrial output and 60% of total exports. For some analysts, the DMIC would have the potential to place India on par with China or perhaps even to surpass it.

The government plans to build 8 smart cities, 5 power projects, 2 airports, 2 Mass Rapid Transportation Systems (MRTS) and 2 logistics hubs in the corridor with a Project Development Fund of $2.6 billion and an additional $153 million over a period of five years. The Government of Japan is investing $4.5 billion in Phase I of DMIC (as a loan for a period of 40 years)  and is also providing technical assistance for the project. The 24 investment regions are proposed to be completed in 4 phases with 8 under Phase-I, which is expected to be completed by 2019.

How the idea was conceived

It all started a few years before the 2008 Olympics, when the bulk of the iron ore exports from India was diverted to China to feed the infrastructure requirements for the upcoming games. Japan who was importing large quantities of iron ore from India, was in a quandary; it had to maintain its source of iron ore imports, to feed its industries. Efforts to procure from alternate sources in India did not prove to be cost effective and was logistically infructuous. It was then that the serving Japanese Ambassador to India, mooted the idea of building an industrial corridor along the lines of the Tokyo â€“ Osaka Freight corridor, although it took several years after that for the idea to consolidate and fructify. 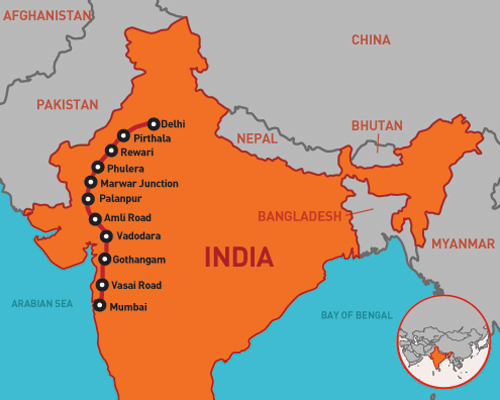 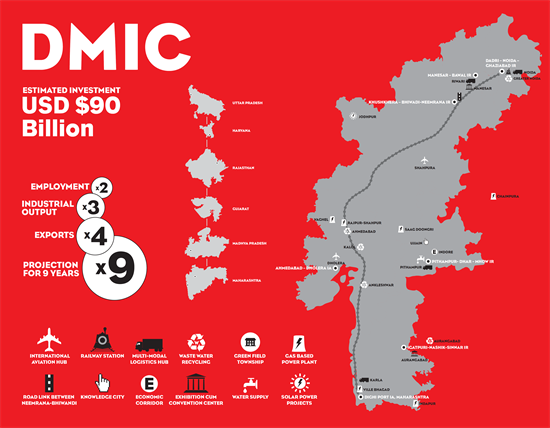 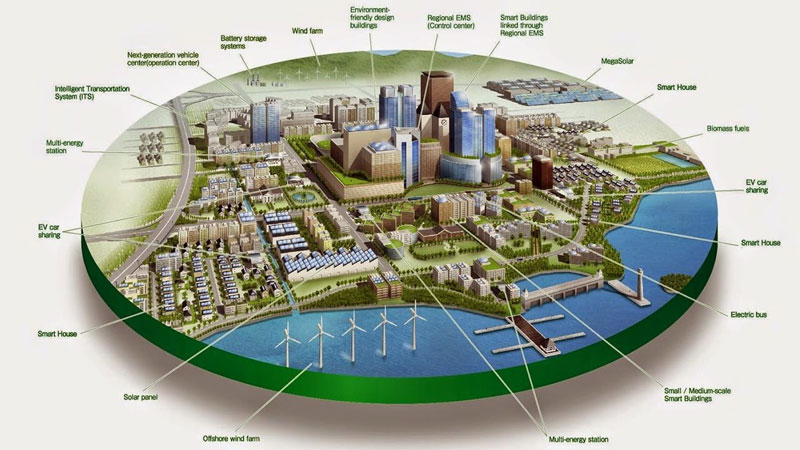