The new airport concept, called ‘the endless runway’, could be used in all wind conditions, since there is always a point without a crosswind on the circular track

â€˜The Endless Runwayâ€™ is a new concept of operating a runway that affects the operations and construction of the whole airport. It consists of a 3.5km-diameter round runway, encircling the terminal building and having a total length of 10km. Its circular shape would allow it to be used in all wind conditions, by allowing planes to take off and land at any point on the circle, independently of changing wind speed and direction. Even in blowy conditions, there will always be a point where there is no crosswind and only headwind on the circular track, in order for the aircraft to take-off, or land smoothly. Dutch scientist Henk Hesselink conceived the ambitious idea as he was trying to find a solution for flight delays due to wind conditions.

According to him, the concept of the circular runway can generate a breakthrough in sustainable airport capacity, as it would allow up to three planes to take off and land at the same time and will take up just a third of the space of a conventional airport. Even for already-existing airports, this circular infrastructure could be set up without significant structural modifications. Moreover, the ring-shaped runway can have a positive environmental impact too; planes are expected to burn less fuel in the area around the airfield, as they will not have to compete with strong cross winds.

The revolutionary â€˜EndlessRrunwayâ€™ project aims at solutions beyond 2050. It is supported by the Netherlands Aerospace Center (NLR), among other large aerospace companies, and the research was carried out with partners in The Netherlands, Germany, France, Spain and Poland. The work was partly funded by the Framework 7 programme of the European Commission. 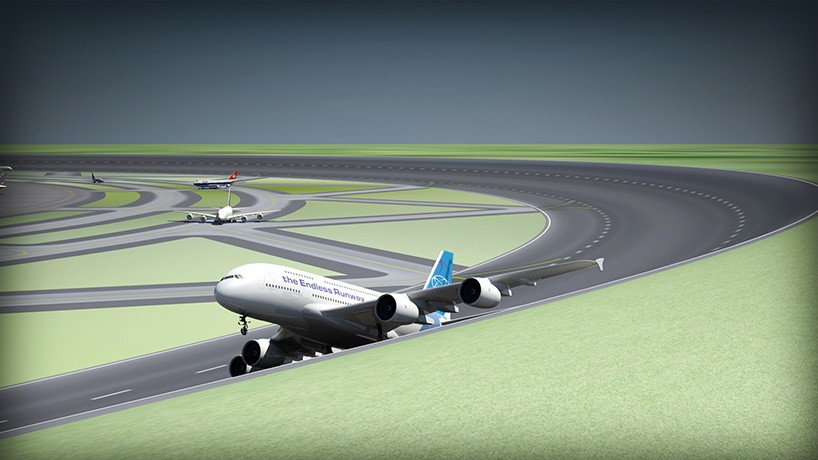