Construction has finally begun on the 709-foot, 61-story skinny residential skyscraper located at 610 Lexington Avenue in Midtown Manhattan. The tower, originally proposed in 2005, was delayed due to the recession in 2007 and eventually put on an indefinite hold in 2009. In March 2012, developer RFR Holding LLC regained control of the site and announced their plans to complete the project.

The skyscraper will replace the old YWCA at the corner of Lexington and 53rd street. It will sit next to the 38-story Seagram Building and the 21-story Lever House building designed by Skidmore, Owings and Merrill. German-American architect Ludwig Mies van der Rohe designed the Seagram Building in 1958. Foster+Partners were influenced by "Mies's philosophy of rationality, simplicity and clarity" when they were designing the tower at 610 Lexington Avenue. The original press release about the tower in 2005 described it as having a slender, minimalist geometric form, designed to complement the two Modernist building icons next door. The architects chose to use a sheer glass facade for the building that will contrast the dark bronze exterior of the Seagram Building. Foster&Partners also designed the skyscraper to have “almost impossibly slim proportions (46-foot building width)” and incredible views.

The first floor of the building will be commercial space and a restaurant will fill the second floor. The third floor will contain office space and then the remaining 58 stories will be residential space. The residential floors will be divided into 91 units, some of which will take up an entire floor. In fact, there will only be 17 residences from the 52nd to 63rd floors. These floors, and most of the building, will feature luxury units. There will also be a swimming pool on the ninth floor and spa for residents. Construction will be completed in 2017 and RFR Holding LLC plans to begin selling units in 2015. Renderings of the skyscraper can be found in the image gallery. 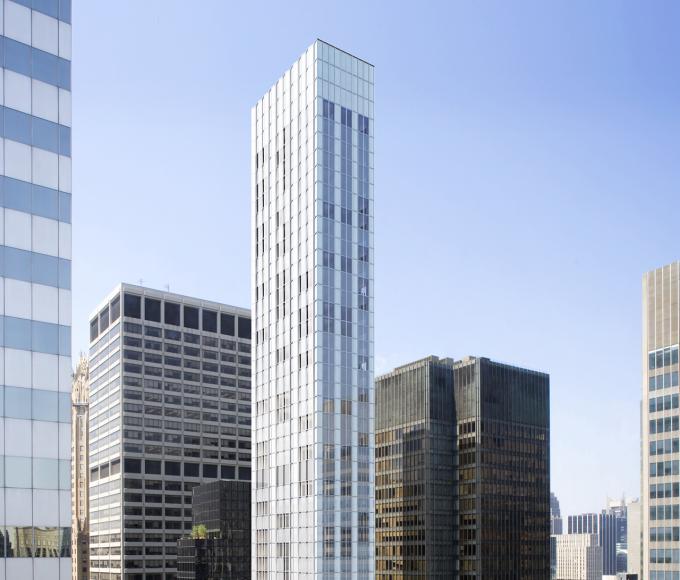 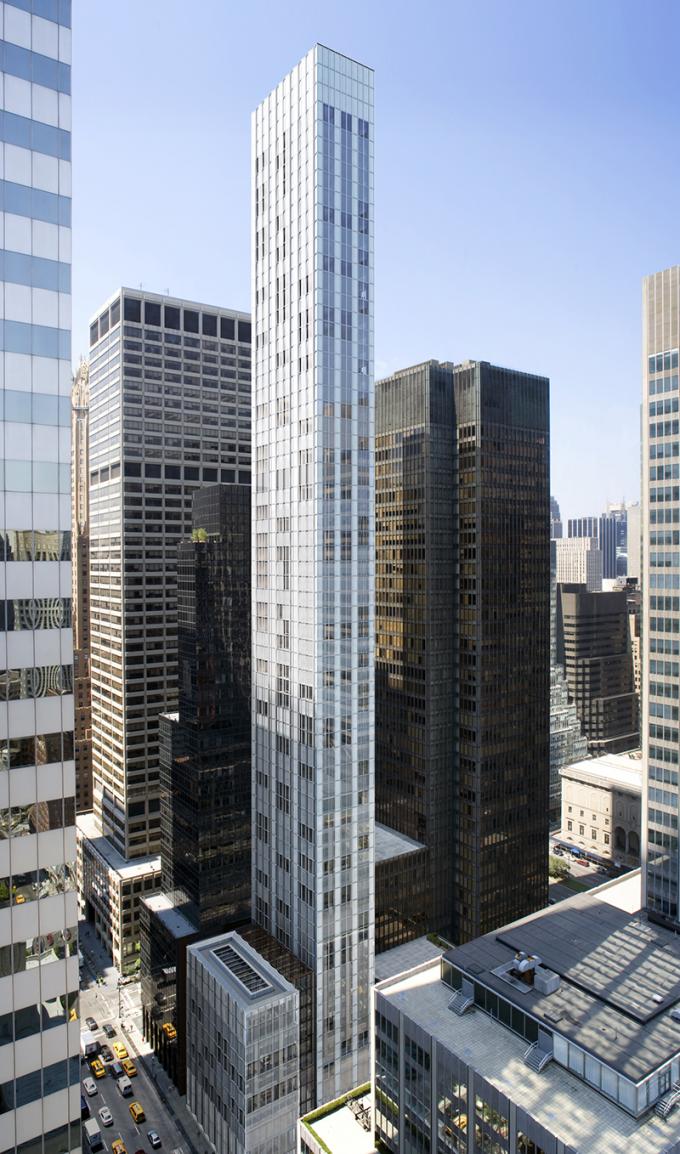 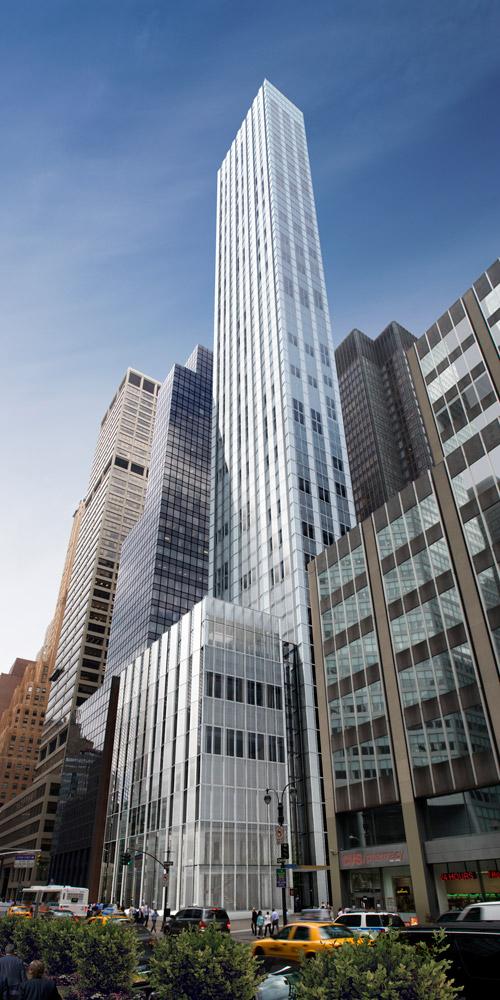 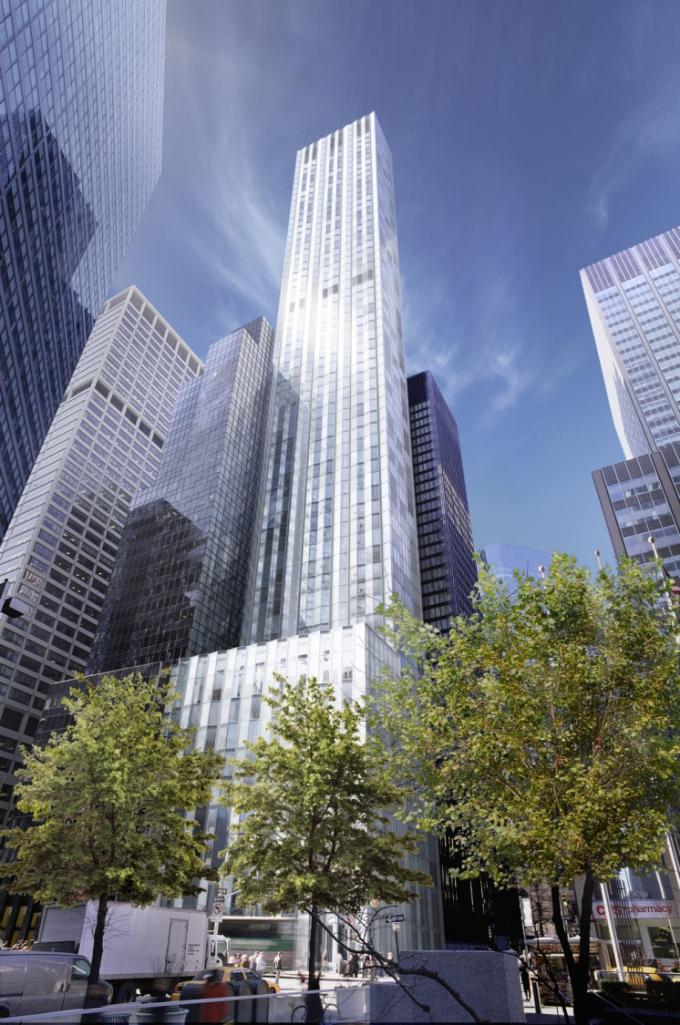 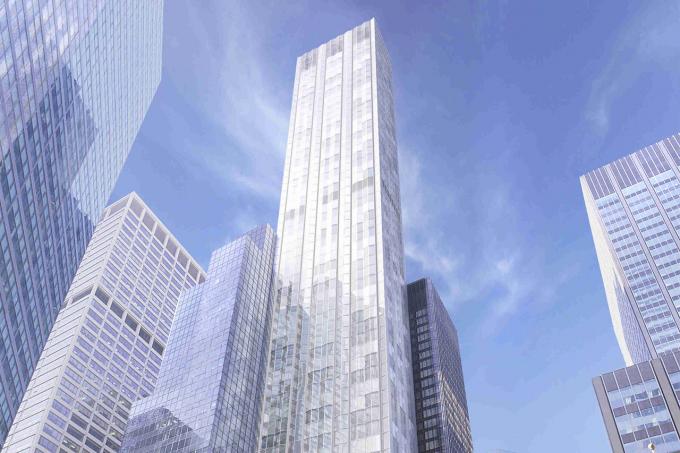