In July 2016, China and Nigeria agreed to a $11-billion contract to build the Lagos-Calabar coastal railway. It will stretch for 1400 km (871 mi) and is expected to open in record time, before the end of 2018. At that time, at least the first segment of the project, a rail line that will connect the cities of Port-Harcourt, Calabar, Uyo and Aba, will be completed. Eventually, the Lagos-Calabar coastal railway line will link all sea ports of the country and is expected to create business hubs for commercial activities.

The Nigerian Minister of Transportation Chibuike Amaechi signed the agreement on behalf of the Federal Government with the China Civil Engineering Construction Corporation Ltd. (CCECC) which has been listed among the world’s top 255 international contractors for many years and ranked consecutively among the first 70 in recent years by the Engineering News Record ‘ENR’.

In order for the project to be completed in time, the involvement of all four Ministries of Finance, Works and Housing, National Planning and Justice was required. 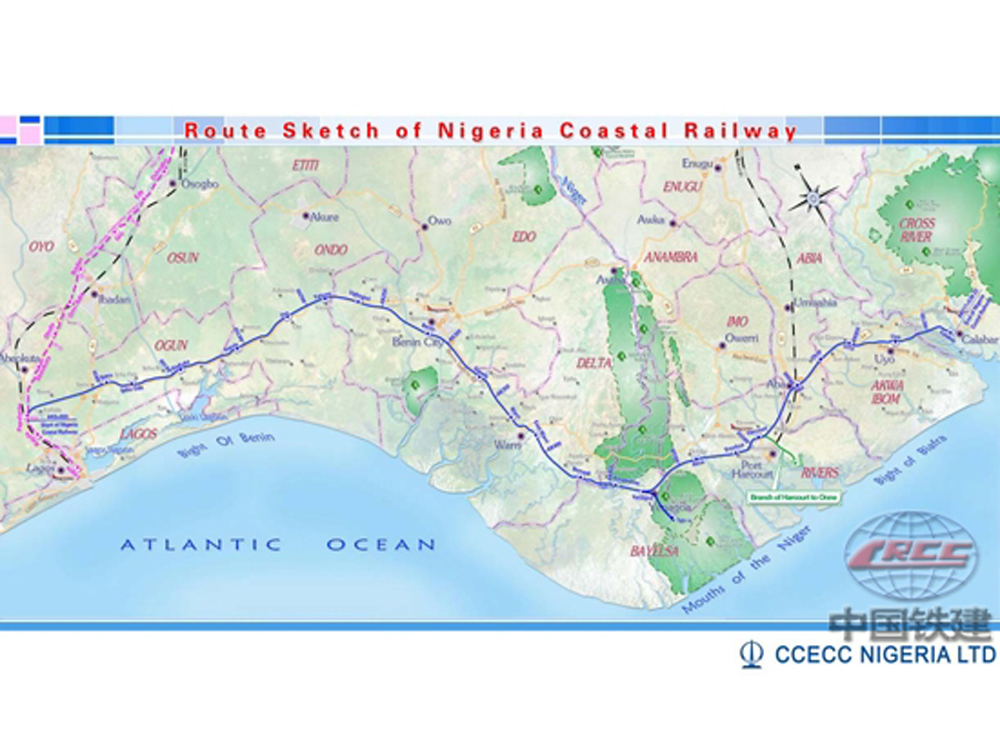