The government of Lagos State has shortlisted three bids to build the Fourth Mainland Bridge, a 38km link between Lagos city and Lagos island that presently has a budget of $2.5bn. It is intended to relieve severe congestion on the Third Mainland Bridge, which runs along the western side of the lagoon.

Ope George, who advises the governor of Lagos State on public-private partnerships, revealed the state of the contest at a press conference on Saturday. Further details were tweeted by Jubril Gawat, a senior spokesperson for the Lagos state governor.

In the running is a consortium made up of China Communications (CCCC), its subsidiary China Road and Bridge, and Portuguese contractor Mota-Engil, in which CCCC holds a 32% stake.

The project, which was designed by Nigerian consultant NLÉ Works, is being procured as a public-private partnership. When complete it will take the form of two four-lane roads complete with three toll plazas and nine interchanges. It will be the longest bridge in Africa, with a maximum speed of 120 km/h.

Gawat said a preferred bidder would be chosen by representatives from Lagos State Government, the federal Ministry of Works and the project advisers. An announcement is expected before the end of the year. 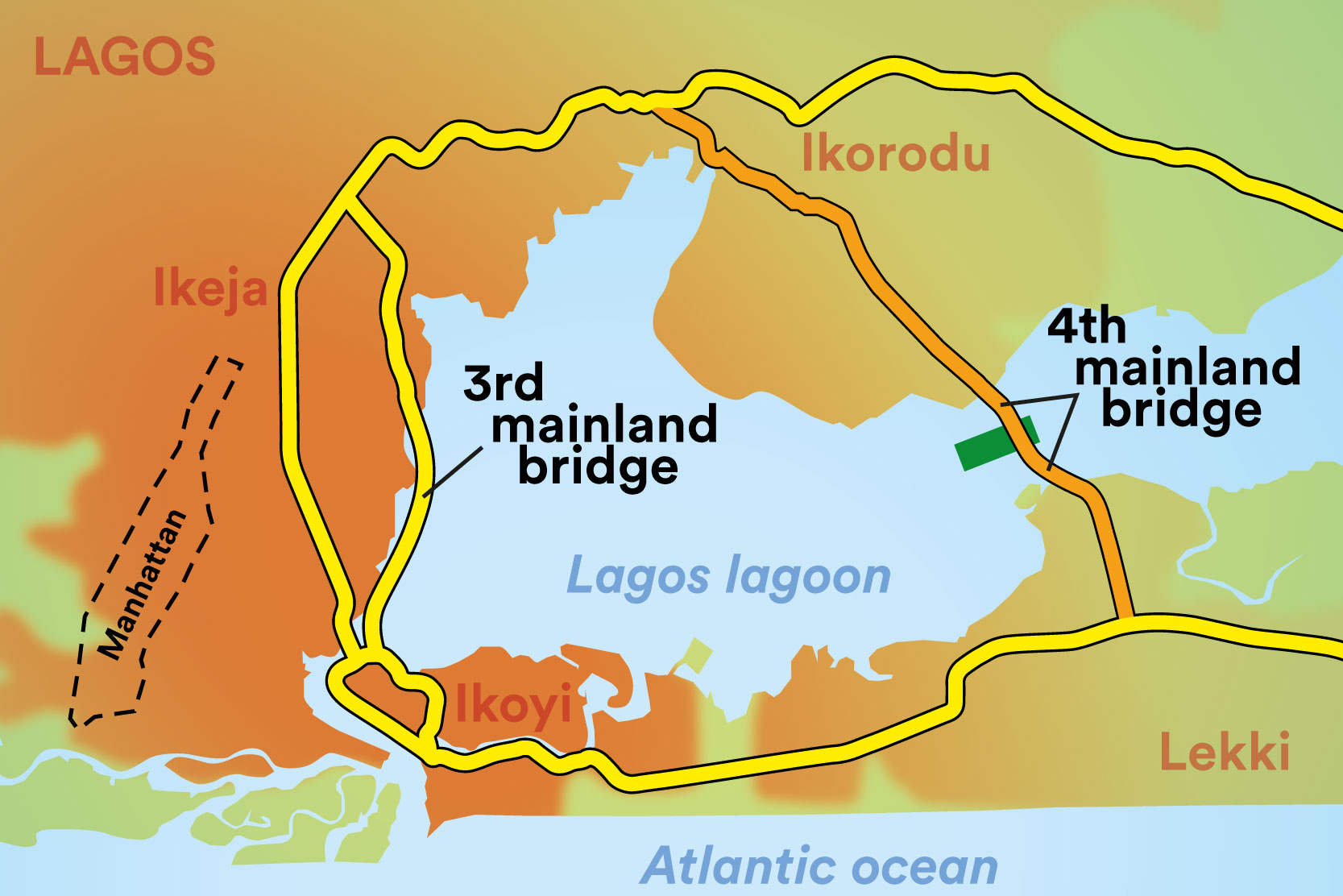 The $2.2b Lagos 4th Mainland Bridge | Longest Bridge In Africa