At least five people Five people were confirmed dead in Kirigiti on the outskirts of Kenya's capital, Nairobi, after a six-story building collapsed on Monday. Authorities fear that the death toll could be higher.

"We have lost five people in the collapsed ... building," Kiambu County Governor Kimani Wamatangi said, adding that search and rescue efforts were underway. A mother and her two children were among the dead. "Several people have already been pulled out of the rubble, and rushed to the hospital," Wamatangi said.

The cause of the collapse was not immediately clear, but the governor accused the developer of "extremely substandard" work.

"This guy built without authorization. He came and applied for permission, he was told to comply with a few conditions, he disappeared, continued to build,'' Wamatangi said.

The East African nation is undergoing a construction boom amid weak oversight, shoddy construction and corruption.

At least three people died in December 2019, when a residential building collapsed in Nairobi. That incident came three months after seven children died and scores were injured when their school was flattened in an accident blamed on third-rate construction. 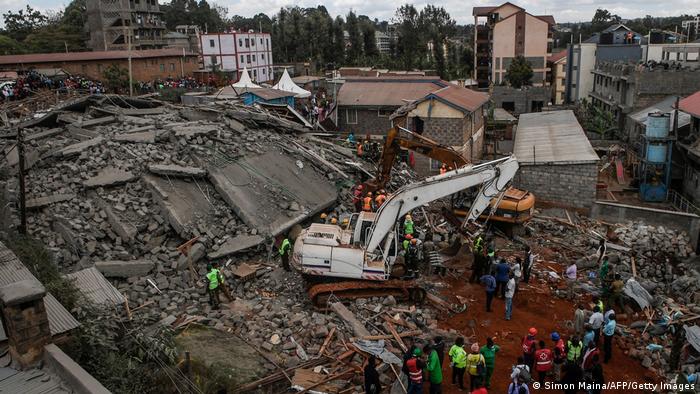 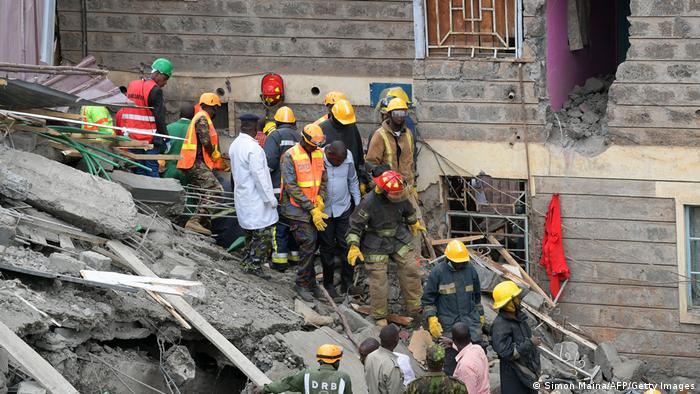 Five killed after a building collapses in Kirigiti, Kiambu

5 dead, 6 in hospital after building in Kiambu collapsed