8-story building collapse in Istanbul: At least one fatality

One person was killed and 4 were trapped under debris after an 8-story building collapsed in the city of Istanbul, Turkey.

The failure occurred on Wednesday, February 6, 2019. The building was located in Maltepe district, an eastern suburb of Istanbul, and hosted 43 people in 14 apartments. A textile factory, occupying 15-20 people, operated at the basement of the building but fortunately no one was inside at the time of the collapse.

Rescue teams including the Police, the Fire Department of Istanbul and ambulances rushed to the site in search for the 4 people missing but no updates about the progress of the operations were issued until Wednesday afternoon.

The cause of the collapse has not been identified yet. According to local media, people heard a loud noise similar to that of an explosion near the facility. However, officials excluded the possibility of a blast destroying the building. A detailed investigation to determine the reasons of the failure will be launched soon.

According to Ali Yerlikaya, Governor of Istanbul, the license to build a five-story block was granted in 1992. Therefore, the top three floors of the facility were constructed illegally. Moreover, the factory was operating without a permit.

Tayyip Erdogan, the President of Turkey, immediately sent the interior and environment ministers to the scene.

Click the footage below to watch the dramatic attempt of emergency service workers to save people trapped under the rubble. 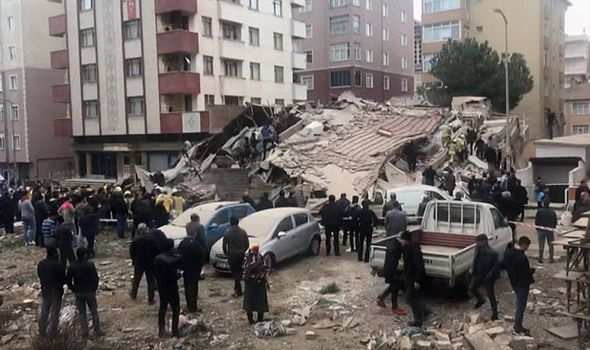 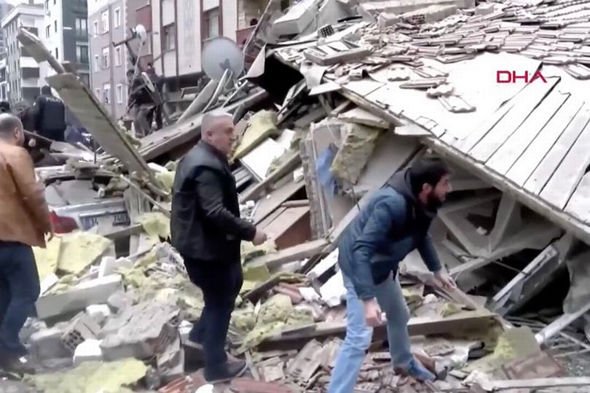 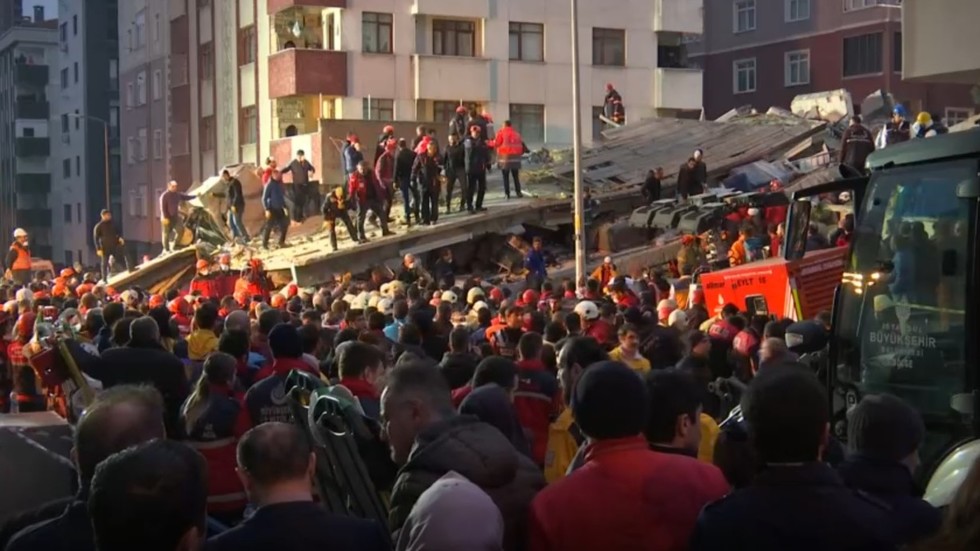