Police expect further casualties, as they do not anticipate finding any more survivors

In the early hours of Wednesday morning, a fire broke out in Grenfell Towers near Notting Hill, London and quickly expanded from the second to the 24th top floor. Residents on the higher floors were sleeping, unaware of what was happening beneath and there was no alarm to let them know. As a result, many of them were trapped in the building and some of them even jumped out of the windows. Up to now, 12 people have been reported dead, while there are fears that the number will rise and 78 have been treated at six hospitals, 18 of them in a critical state. Even 24 hours after the fire had started, it was still visible on 10 floors of the building. 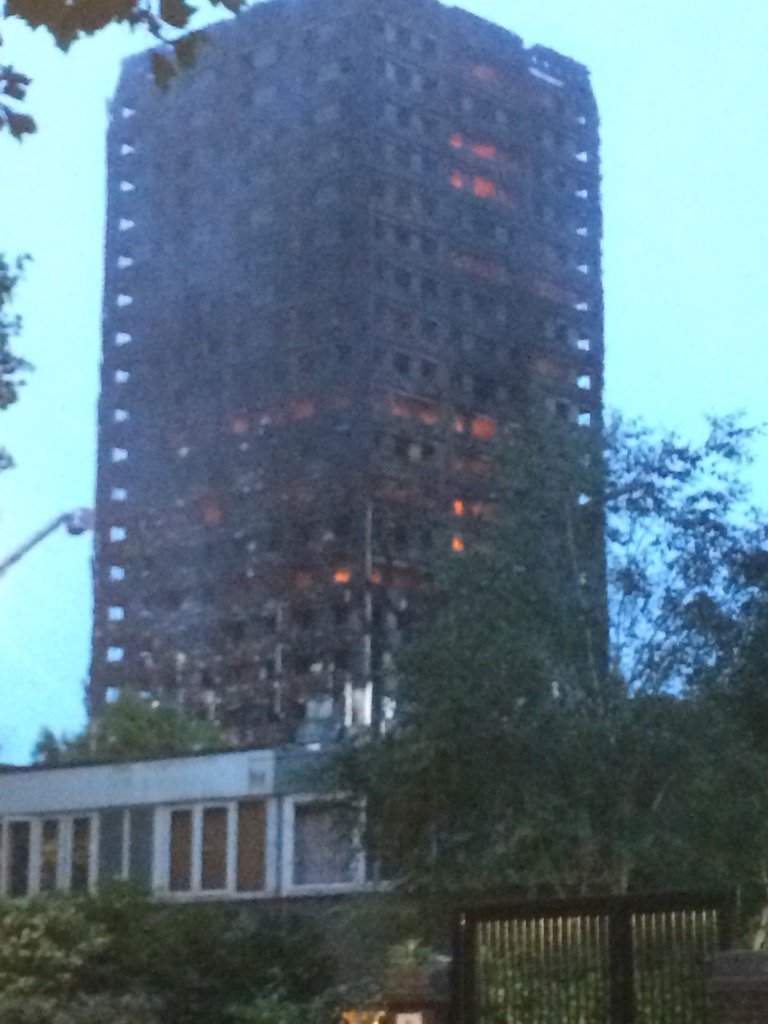 A tragedy waiting to happen

Built in 1974, the building was refurbished last year, however it seems that the safety standards applied during this Â£10m renovation were poor. Residents had already expressed their concerns to management about the fact that even after the refurbishment, there was only one escape route, there was no building-wide fire alarm or sprinkler system and the boilers and gas pipes seemed inappropriately placed (in the main stairwells), but they were just â€œbrushed awayâ€. David Collins, a member of the Grenfell Tower residentsâ€™ association, said it had â€œrepeatedly reported concerns to the tenant management organization of the Royal Borough of Kensington and Chelsea (KCTMO), including fire safety concerns which were not investigated during the regeneration worksâ€. â€œI spoke to councillors and they refused to investigate,â€ Collins said. â€œThey wouldnâ€™t believe that the residents were concerned. Ninety percent of residents signed an independent petition asking for an investigation into the organisation that runs this building because they were so incompetent. And the council turned it down.â€

The causes of the fire still remains unclear, but engineers are also trying to explain why it spread so fast. It seems that the new thermal cladding system must have played its role, as according to eyewitnesses, â€˜it was like the cladding had caught fireâ€™. This new polyester powder-coated aluminium faÃ§ade was installed to improve the buildingâ€™s insulation and appearance. According to an architect who has made several recladding projects, the towerâ€™s cladding was designed to include fire-breaks at every floor and around every window, but if it was installed correctly, flames should not be able to sweep through the cavities.