The office building at 80 M Street SE in Washington, D.C., might not stand out if you walked past it. It sits comfortably between several other office buildings, all sporting the same modern exterior, glass window panes and steel beams. It’s a short stroll away from the Navy Yard Metro station, the waterfront and Nationals Park, the home of Washington’s baseball team. But that outward appearance belies what’s inside.

Mass timber is a renewable material created from wood panels glued together in layers. It’s fire-resistant and load-bearing. 80 M is approximately 286,000 square feet overall, while the mass timber addition is approximately 108,000 square feet. Known as an overbuild, or extra stories on top of an existing building, the expansion features three floors, where columns of mass timber are visible from the interior. All told, the project used 1,300 tons of the material.

The commercial building sets itself apart from other East Coast mass timber projects, said Lauren Wingo, the project manager and senior structural engineer for Arup. “A lot of times with these mass timber projects, you'll see them at universities, or even commercial real estate developers who have ground-up construction, and they want a timber building, and they go in with that mindset,” Wingo told Construction Dive. “Here, timber was considered as an option alongside other structural materials.”

Despite mass timber’s success and rising popularity around the world, the material is still beholden to building codes that constrain what’s possible in a build. Wingo said the team worked with district building officials to make sure the building met standards. They made sure their designs followed the 2021 International Building Code, which allows mass timber buildings up to 12 stories.

Wingo said that the firm had already worked on a previous mass timber building in the district — the Washington Latin Public Charter School, which gave them experience in the area with handling issues like permitting process, for example. Wingo also said that building and planning officials wanted to encourage future mass timber use. “They were a very engaged partner and had always told us, ‘We want to see mass timber, the district has sustainability goals,’” Wingo said.

Part of the draw of mass timber is its low carbon footprint compared to other, more traditional building materials. Cement manufacturing, for example, is the third largest industrial source of pollution, and releases more than 500,000 tons per year of sulfur dioxide, nitrogen oxide, and carbon monoxide, according to the Environmental Protection Agency.

The mass timber portion of 80 M currently holds Energy Star, Fitwel, and WiredScore Silver certifications, according to the press release. Columbia and Hickok Cole are now pursuing LEED Silver Core and Shell and WELL Building Standard version 2 certification for the vertical overbuild portion of the building as well.

The team also reduced carbon in other areas of the project. Wingo said that because the team avoided a full demolition and rebuild of the existing building, they cut back on potential carbon emissions. This kind of overbuild work could potentially fix issues with urban crowding, she said. “It's a really great solution for dense urban environments that need to add more density, but want to do it in a sustainable manner,” Wingo said. 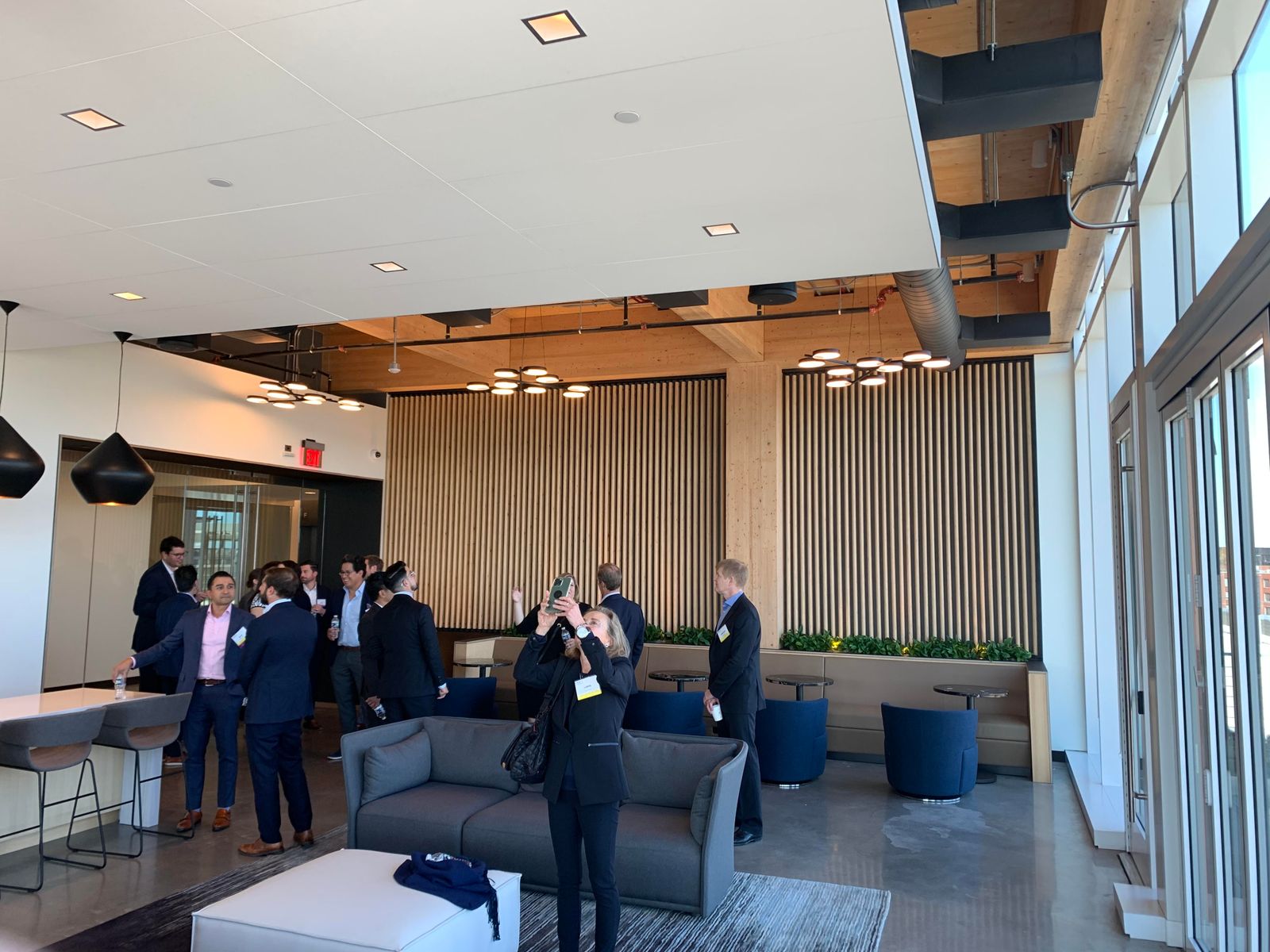