One of Ireland's tallest buildings on site of former Apollo House: permission granted for a 22-storey tower

Dublin City Council have granted permission for a 22-storey tower on the site of the former Apollo House building, which will be higher than what is currently the tallest building in the capital.

The development, overseen by the Marlet Property Group, will be known as College Square and located on Tara Street in Dublin city centre. Dublin City Council officially granted the scheme permission on 8 March.

The new building is set to be 22 storeys tall and will be 82 metres high, making it taller than Capital Dock on nearby St John Rogerson’s Quay.

However, it will not be the tallest building in Dublin by the time it is completed: a development currently under construction by the Ronan Group, also on Tara Street, will hold that record when it is completed, coming in at 22 storeys and 88 metres tall.

The College Square development will be a mix of commercial, retail and residential premises, with the lower half of the tower set to be used as offices.

The upper half will comprise 58 build-to-rent apartments. Of these, 48 will be one-bedroom apartments while the remaining ten will be two-bedroom units.

The top floor will be a two-bed penthouse, with an outdoor terrace wrapping around the entire apartment.

According to planning documents, there will be an internal amenity space for residents of the building on the 11th floor including a residents’ function room, a lounge, a gym and a south-facing landscaped terrace.

Alongside the residential area, the bottom floors of the building will contain space for either retail premises or cafes and restaurants.

A new diagonal walkway from Poolbeg Street to College Green is also contained within the proposals.

Previous applications for the development had the building at 21 storeys tall, slightly smaller than Capital Dock, which was completed in 2018 and is currently the tallest building in Dublin at 79 metres.

However, developers College Square GP3 Ltd sought new permission from the council in late 2021 to add an additional floor on top of the tower, pushing its height above that of Capital Dock by three metres.

The planners report, published on 10 March, says that the new development will “add to the upgrading of one of the most prominent locations” in Dublin city.

The development is also nearby to the Docklands and Georges Quay, two areas which are suitable for buildings of increased density, reads the planners report.

While the new tower block will have an impact on the surrounding view, Dublin City Council have said that an extra floor will not have any greater visual impact.

This comes following observations from An Taisce, who said that there was “no good reason” to raise the height any further.

“Closer views of the scheme such as from George’s Quay, Tara St, and Pearse St and longer distance views from O’Connell St, College St, Trinity College clearly indicate the scheme will have a visual impact however verified views appear to indicate the proposed additional floor is unlikely to have any greater visual impact than the permitted scheme,” the report reads.

It also says that the development would “redefine” Tara Street and Townsend Street, as it would be introducing a high-density building and adding additional interest to the street.

The site itself, while located on the square between Tara Street, Townsend Street, Poolbeg Street and Hawkins Street, is unconnected to Hawkins House, which was demolished in 2020.

The planner’s report also references the walkway from Poolbeg Street to College Green, saying that it will contribute to the improving the area.

“The overall proposed scheme will contribute to the placemaking and to the wider city by providing for improved public realm and pedestrian routes through a significant city block which is not currently permeable,” it reads. 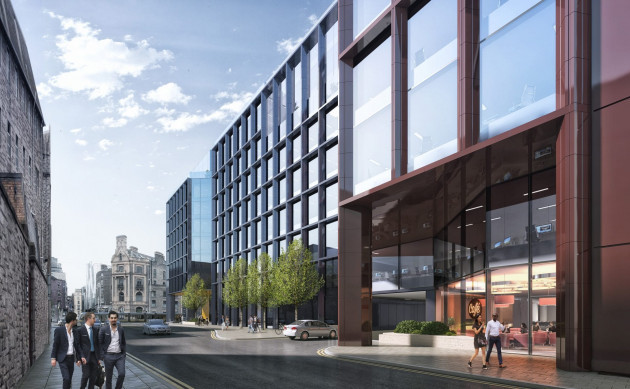 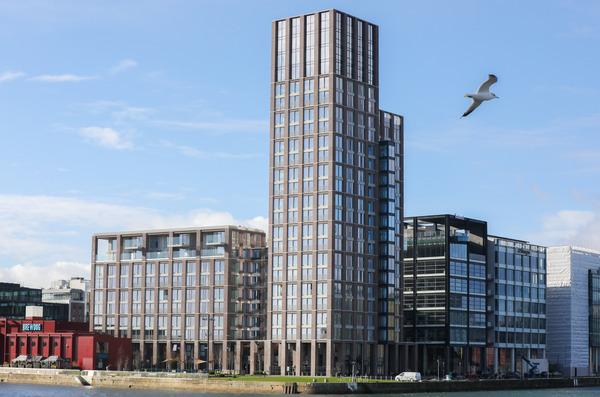