Off to a smooth start with Moretrench Industrial Featured

Despite some regulatory delays, a major power plant modernization project in Florida got off to a smooth start on site, thanks to Keller company, Moretrench Industrial.

The power plant in Tampa Bay, Florida, is undergoing a large-scale, $850m modernization project that will see it make a switch from coal to cleaner natural gas. This will reduce emissions, water use and waste, as well as saving customers money.

Thanks to a strong, 25-year-plus relationship with the client and huge expertise in providing industrial services to the power industry, Keller company Moretrench was awarded a multimillion-dollar contract to prepare the site ready for building works.

Get assistance / request a quote by Keller North America

Working round the clock

While the work itself didn’t present too many headaches for the experienced Moretrench team, the project was multi-disciplined in scope, and its high profile, compressed schedule and environmental sensitivity added several layers of complexity.

“We were awarded the contract in April 2019 but various regulatory issues led to the project being delayed,” explains Alex Hage, Moretrench Project Manager. “As the start date kept getting pushed back, our completion date was being compressed. So when it was approved by the state governor at the end of July, we had to be on site the next day, ready to go.”

Alex says that, as the first team on site, all eyes were on Moretrench to ensure a smooth start. And although they had a five-month schedule, due to the needs of the contractor and client, around 75 percent of the project had to be completed within the first two months. So, six days a week for six weeks, Moretrench worked 24 hours a day to meet the deadline – a timeline made more difficult by Florida’s frequent and unpredictable summer storms.

The team had to be flexible and move at pace, but they also had to exercise caution during the works due to the plant’s unique location. “The power station sits on a peninsula,” says Alex. “On the north side of us is the barge canal with mangroves and other sensitive plant species. To the west is Tampa Bay itself and to the south is an intake canal populated by manatees and other protected wildlife.

"We knew we had to be very careful and really watch everything we were doing to ensure there were no potentially harmful discharges. But the upside to the delay at the start of the project was that we had plenty of time to thoroughly plan the works and make sure we had all the right checks and systems in place.”

Despite the delay, the Moretrench team clocked up 34,000 hours to complete the works on time, to a high quality and with no safety or environmental incidents. Keller’s Florida team were one of the subcontractors to follow afterwards, installing auger cast piles and piers, with Moretrench providing concrete foundations for the piers above water level.

Alex says: “This was a large project with a lot of eyes on it, and we delivered what we promised. The client was very satisfied with what we achieved and I think we reinforced our credibility for the way we conducted ourselves.” 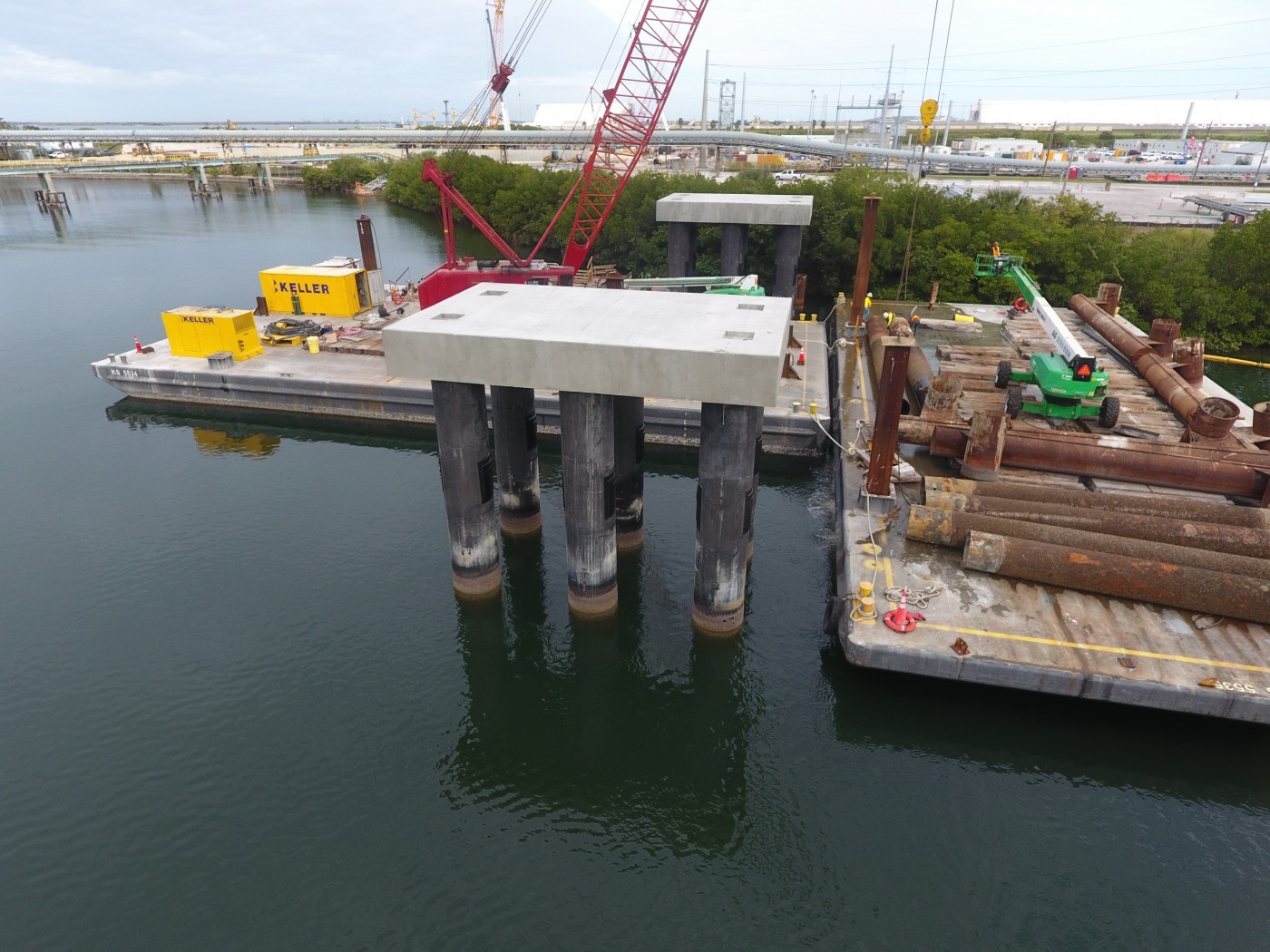