‘Nail houses’ in China: Construction put to a halt

Construction work in China is taking place at a frenzied pace the last few years, but since all that new infrastructure requires space, in many occasions buildings have to be torn down and residents to move in order to make room for new projects. There are however, dwellings that stand alone like a nail that refuses to be hammered down, the so-called ‘nail houses’, when owners resist dispossession of their land by developers or hold out for better compensations.

Here is a selection of â€œnail housesâ€ that have been recorded over the past decade.

When this photo was taken, Zheng Meiju, the owner of the pictured building, had been living without electricity or water for six months, according to local media. Taken in 2013.China Stringer Network/Reuters 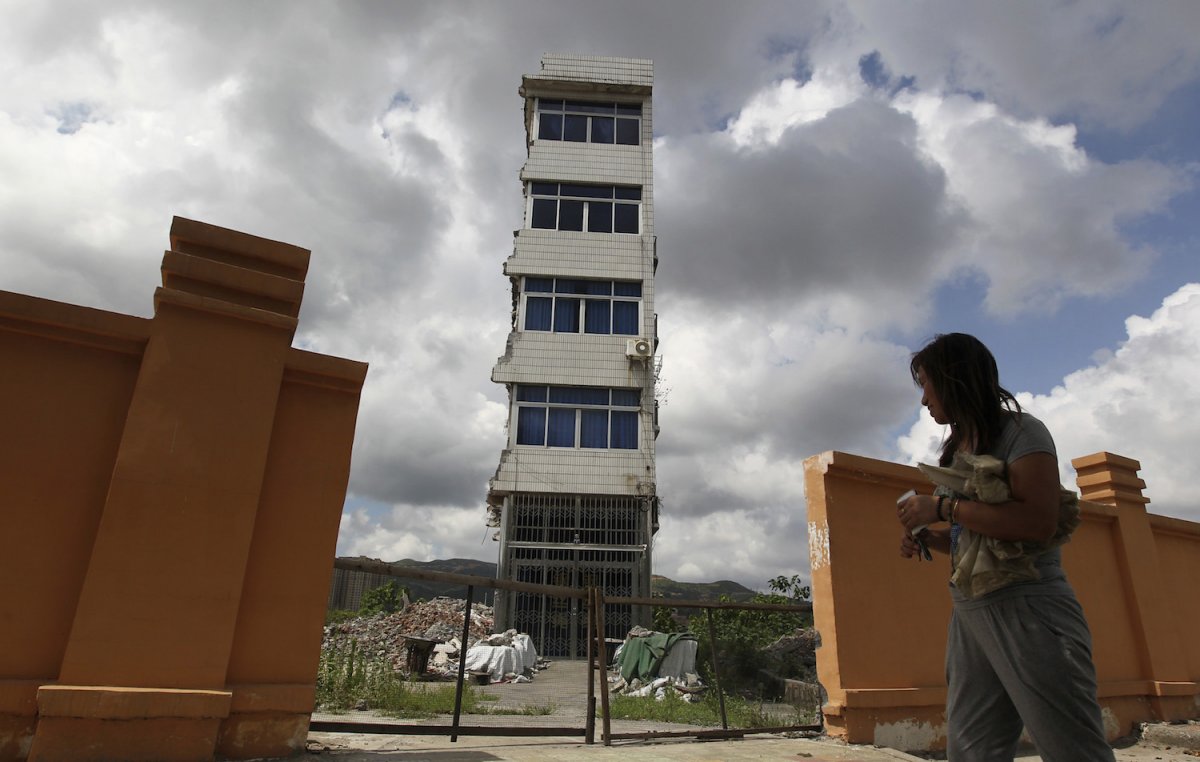 An elderly couple refused to allow their house to be demolished, so itâ€™s now the only building left standing on the road paved through their village in the Zhejiang province. Taken in 2012.China Daily Information Corp/Reuters 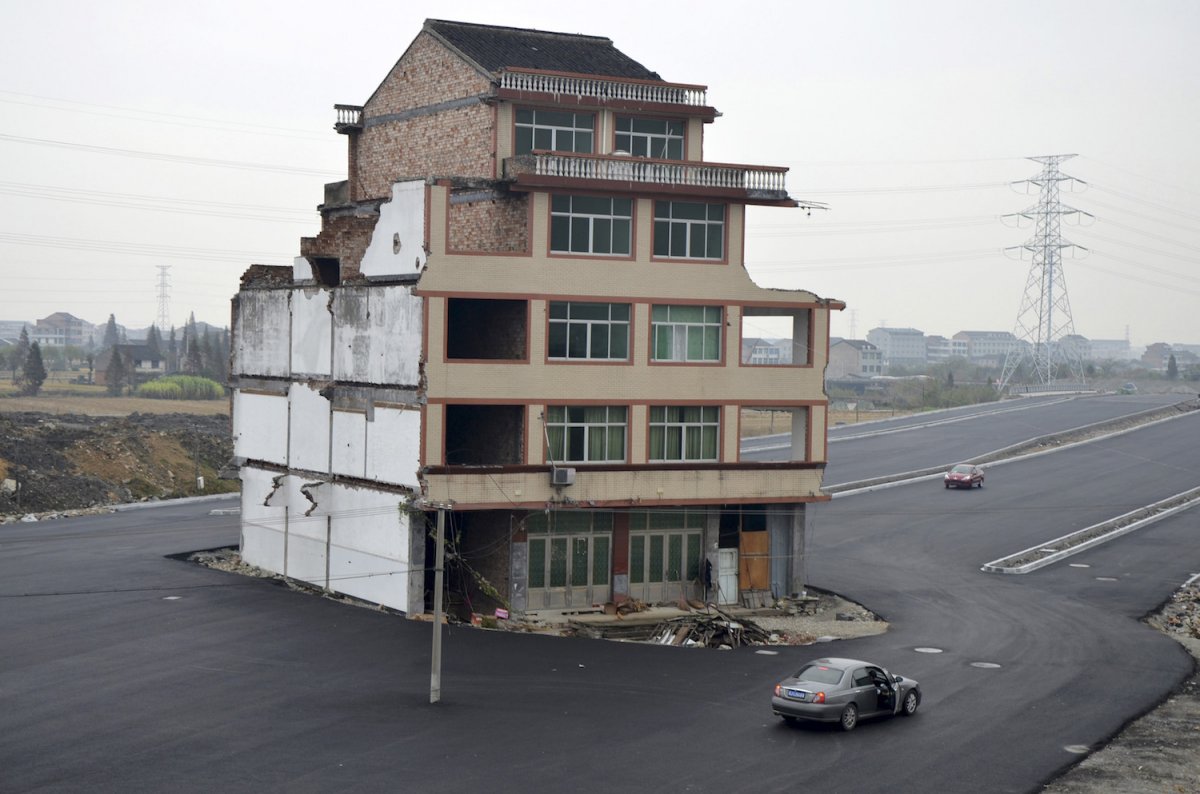 The owner of this six-floor villa refused to accept the compensation offered by the developer who plans to build a financial center on the site. Taken in 2007.Paul Yeung/Reuters 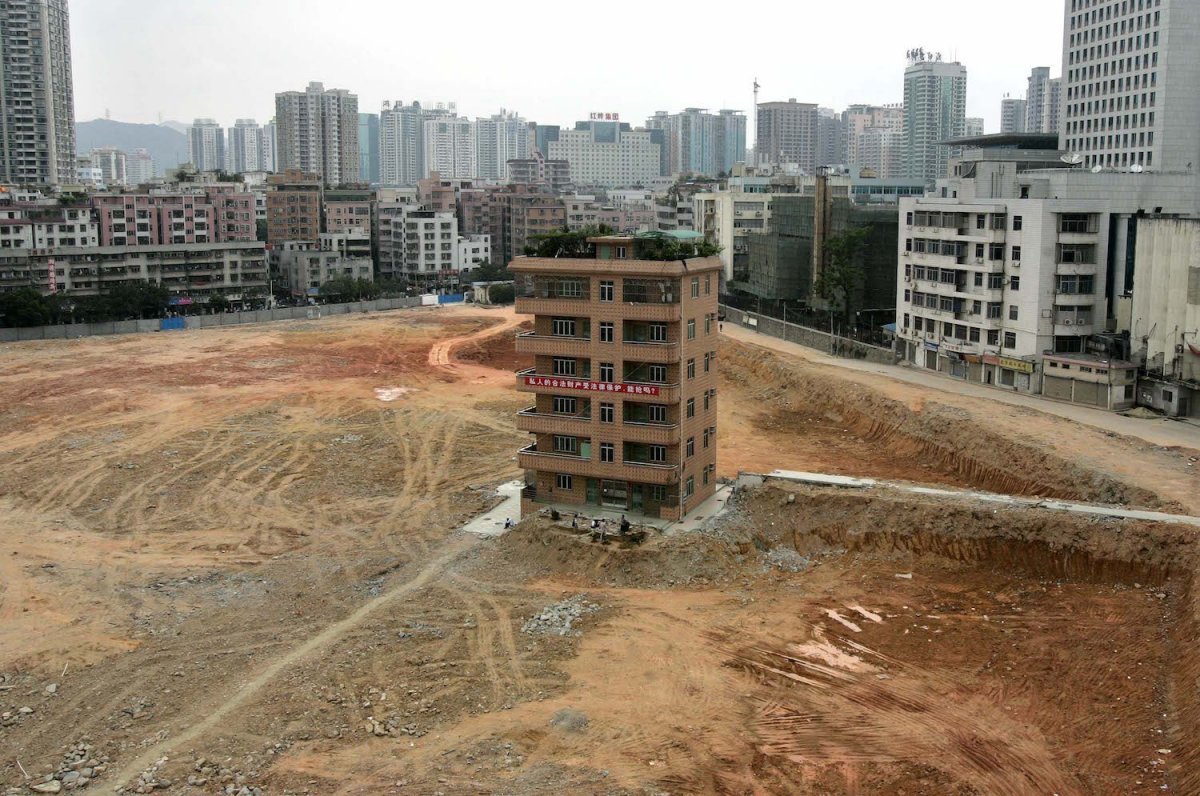 The last house in this area of Guangzhou stands in the middle of a construction site where an apartment complex will be built. Taken in 2007.Joe Tan/Reuters 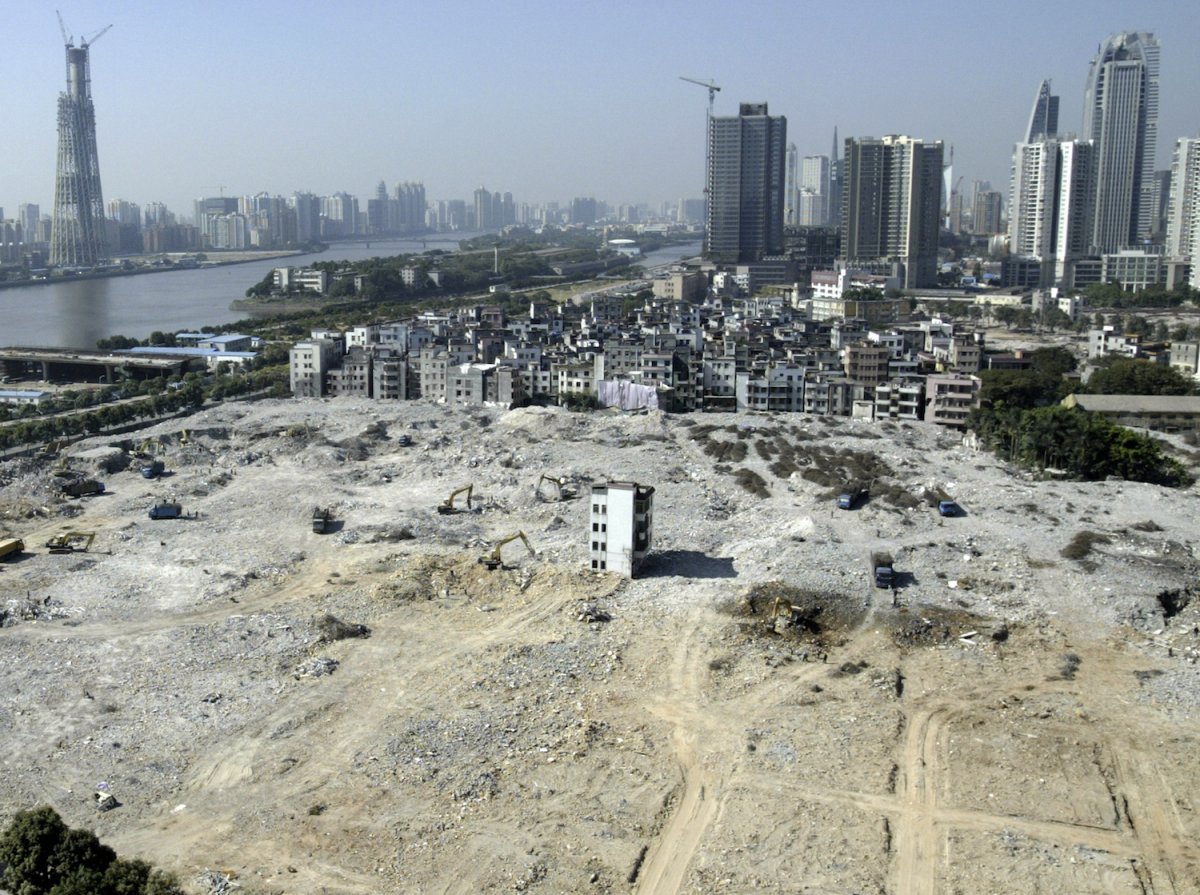 A famous â€˜nail houseâ€™ was a building in Chongqing, in Western China. In these pictures from March 22, 2007, the building sits on its own island of land surrounded by construction and was eventually demolished in April 2007 when the owners came to a negotiated agreement after battling bulldozers from razing their home. CNN 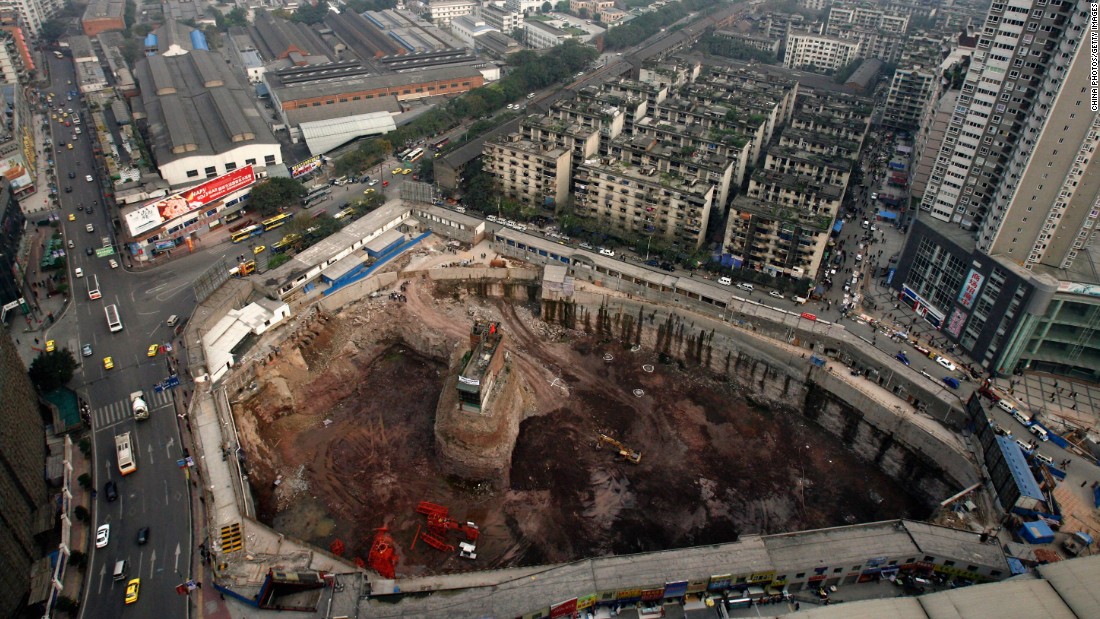 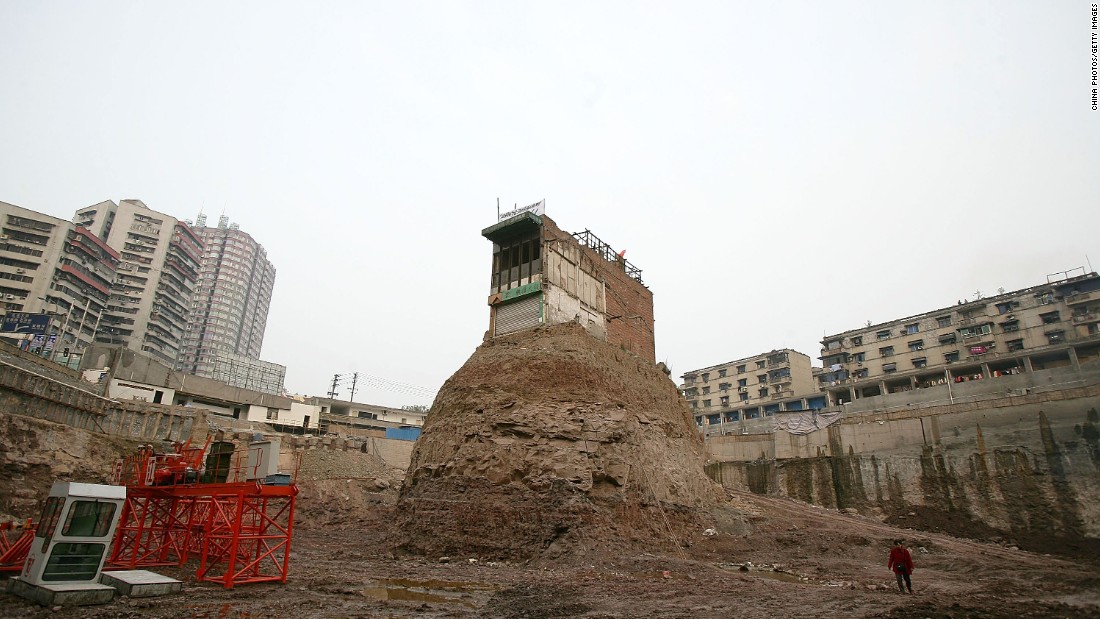 A partially demolished "nail house" sits on a construction site in Anhui province while the owner seeks a better compensation deal.Taken in 2010.Jianan Yu/Reuters 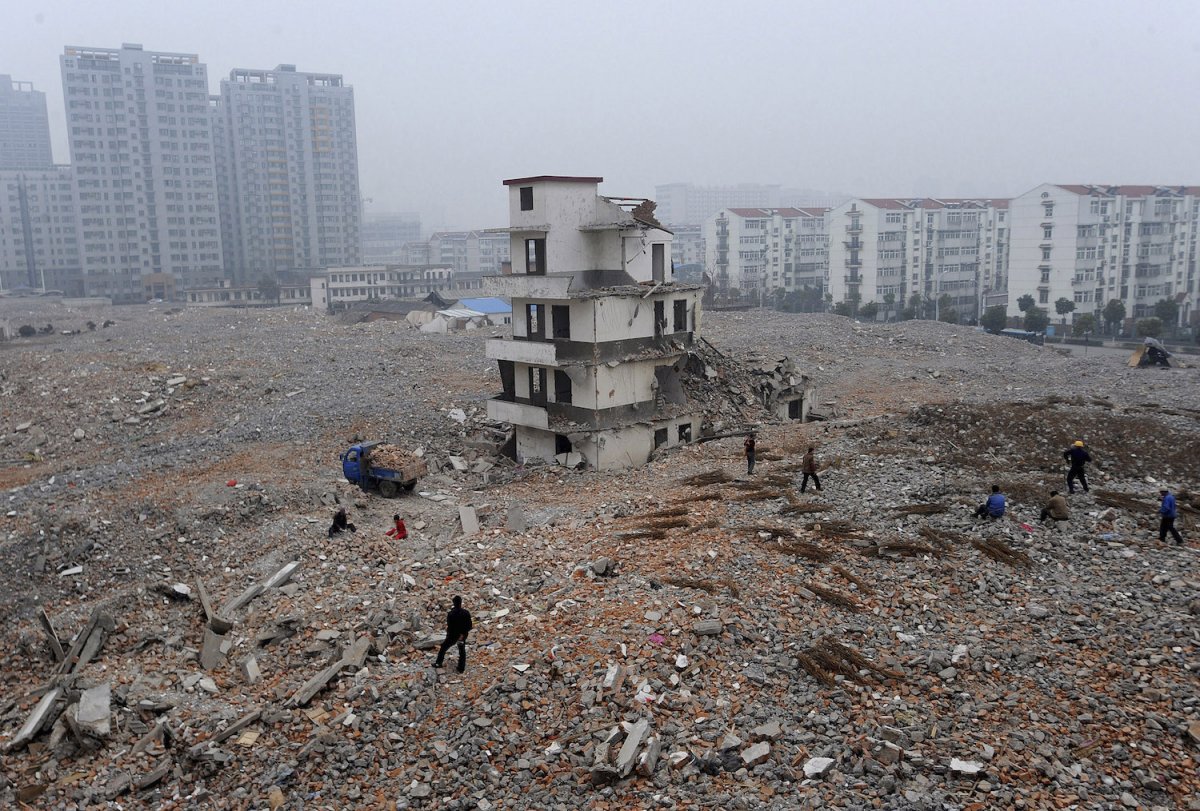 According to local media, the brothers who own this house did not reach an agreement about how to allocate the government compensation, so they havenâ€™t signed a relocation agreement. Taken in 2016. China Stringer Network/Reuters 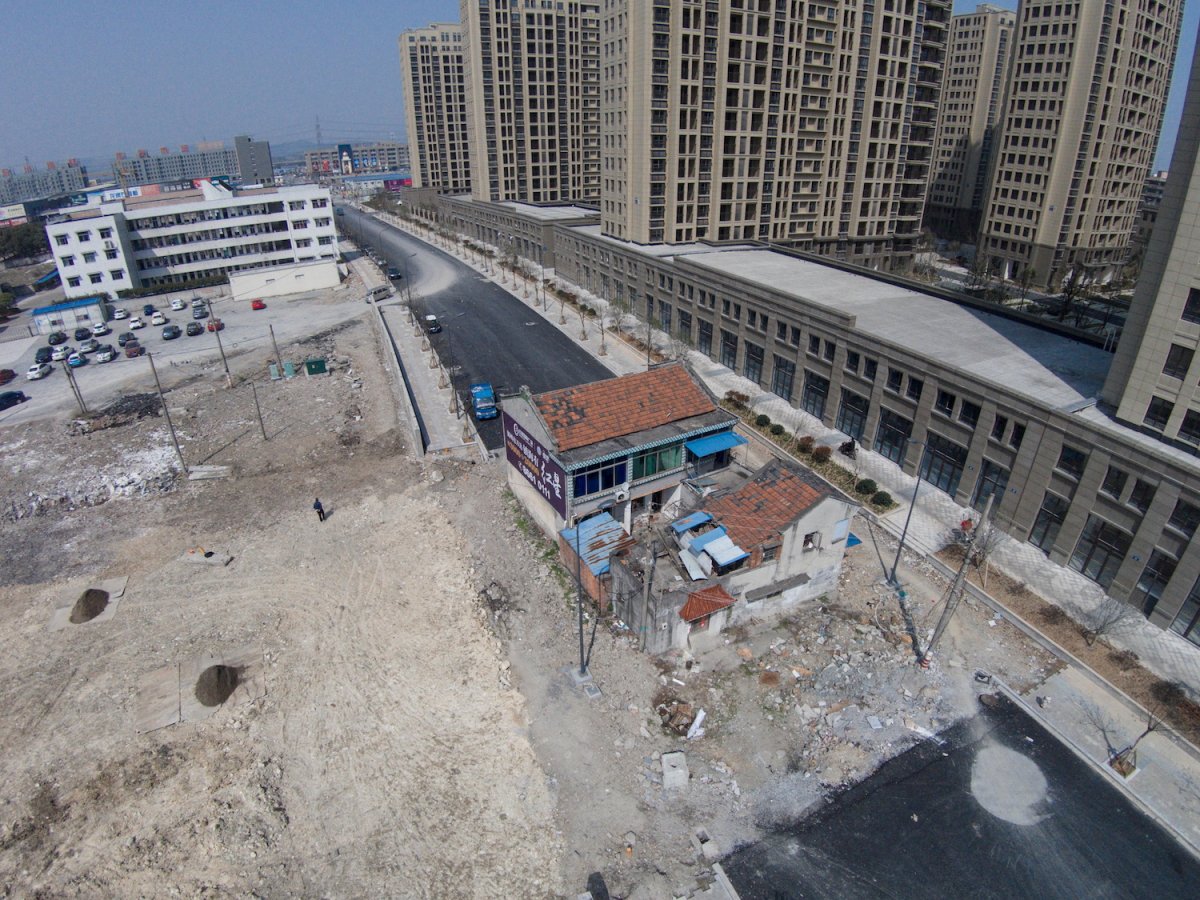 A three-story "nail house" with a Chinese national flag on its rooftop is seen in the middle of a newly built road in the Henan province. Taken in 2015.China Stringer Network/Reuters 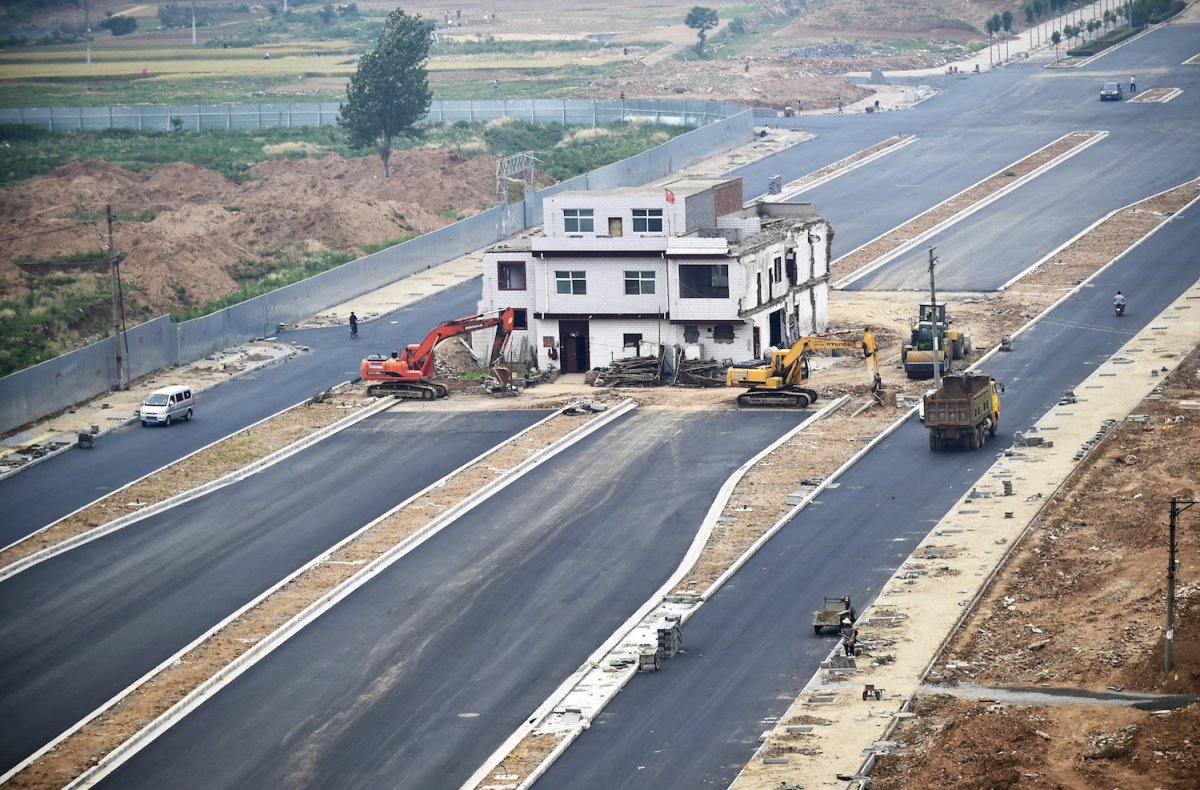 The owner of the 10 meter-high grave and the construction consortium were in dispute over compensation. The â€˜nail graveâ€™ as it was referred to by Asian media outlets, became the symbol of resistance against land dispossession. The photo was taken on December 6, 2012 in a village near Taiyuan, in north Chinaâ€™s Shanxi province CNN 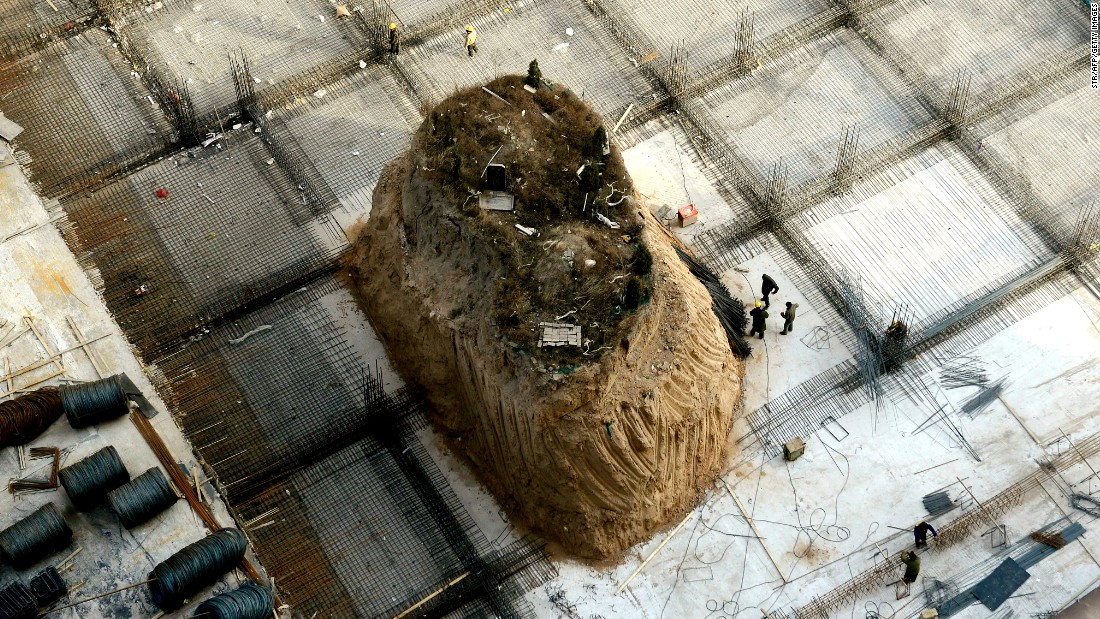 An old residential building is surrounded by a newly built ring viaduct in Guangzhou, China. Taken in 2015.China Stringer Network/Reuters 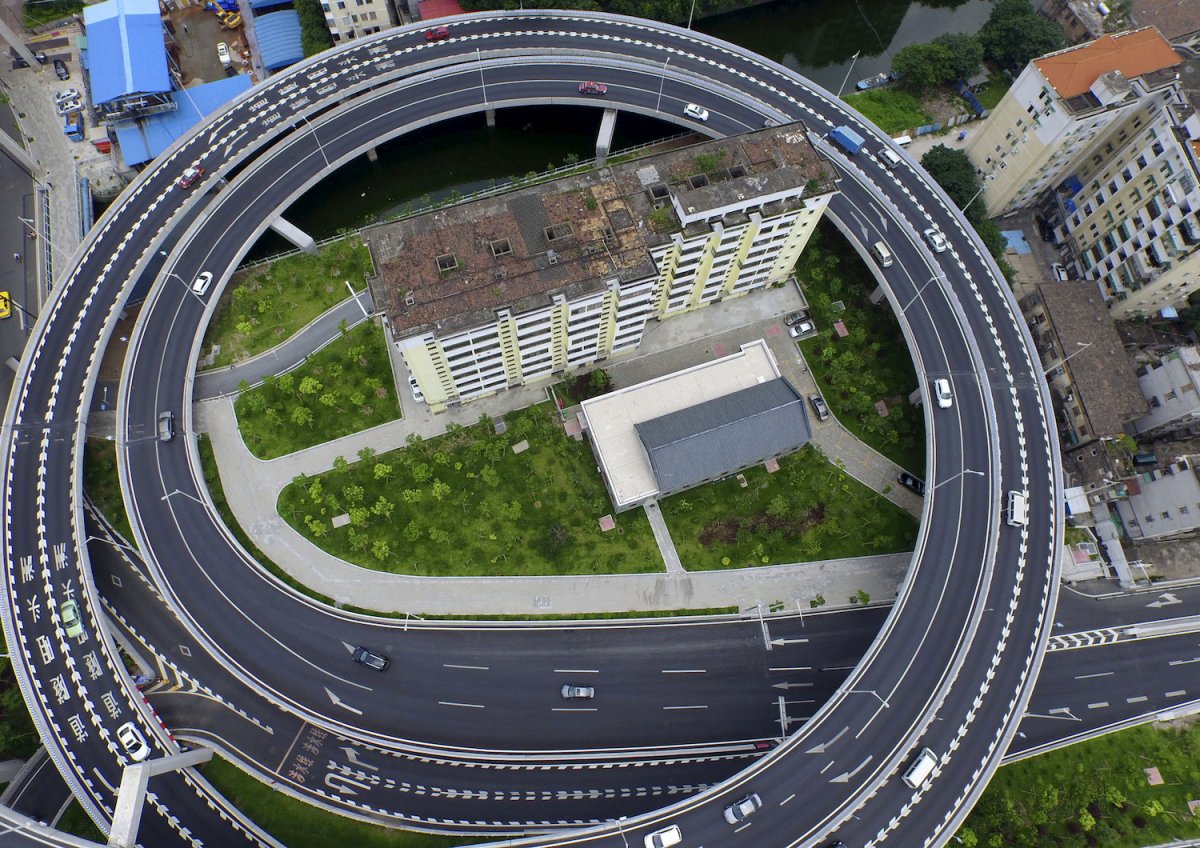 This "nail house" sits in the middle of a road under construction in the Guangxi Zhuang Autonomous Region. Taken in 2015.China Stringer Network/Reuters 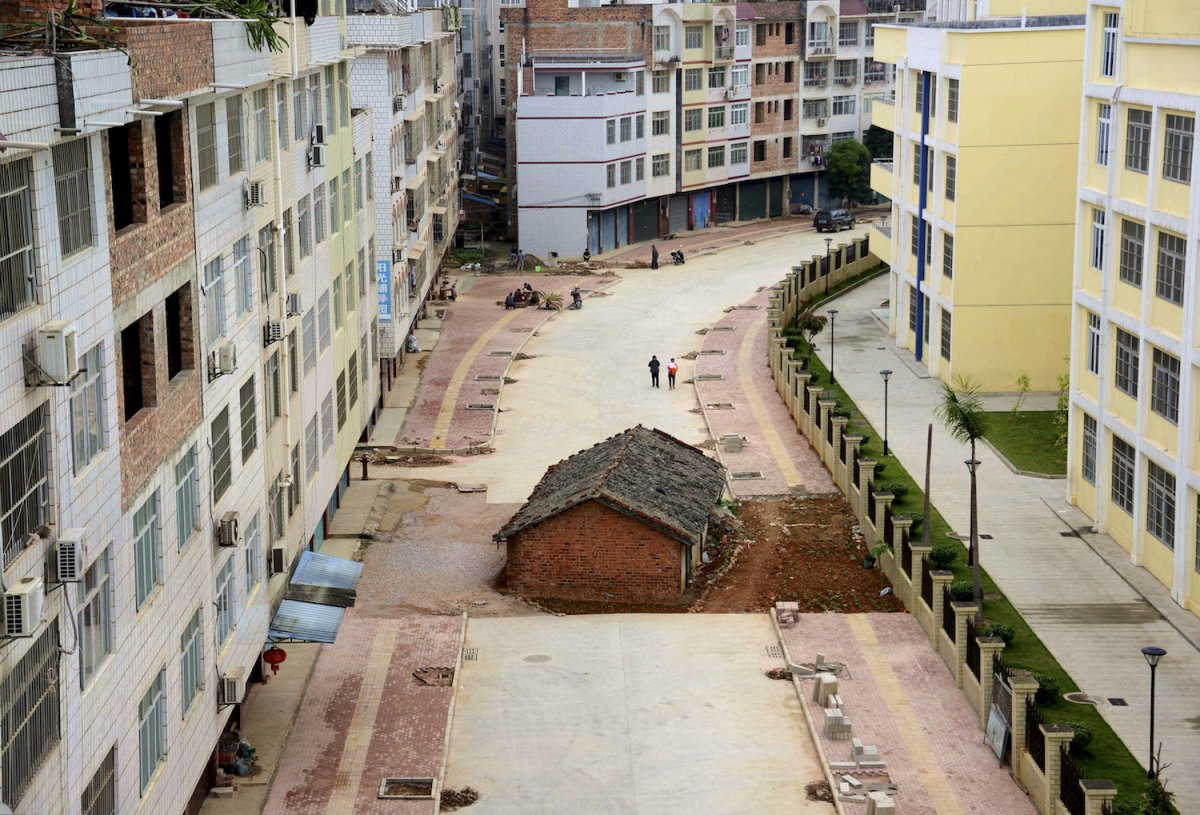 This "nail house" is surrounded by a ditch at a construction site for a new residential compound in Hubei province. Taken in 2013.Stringer China/Reuters 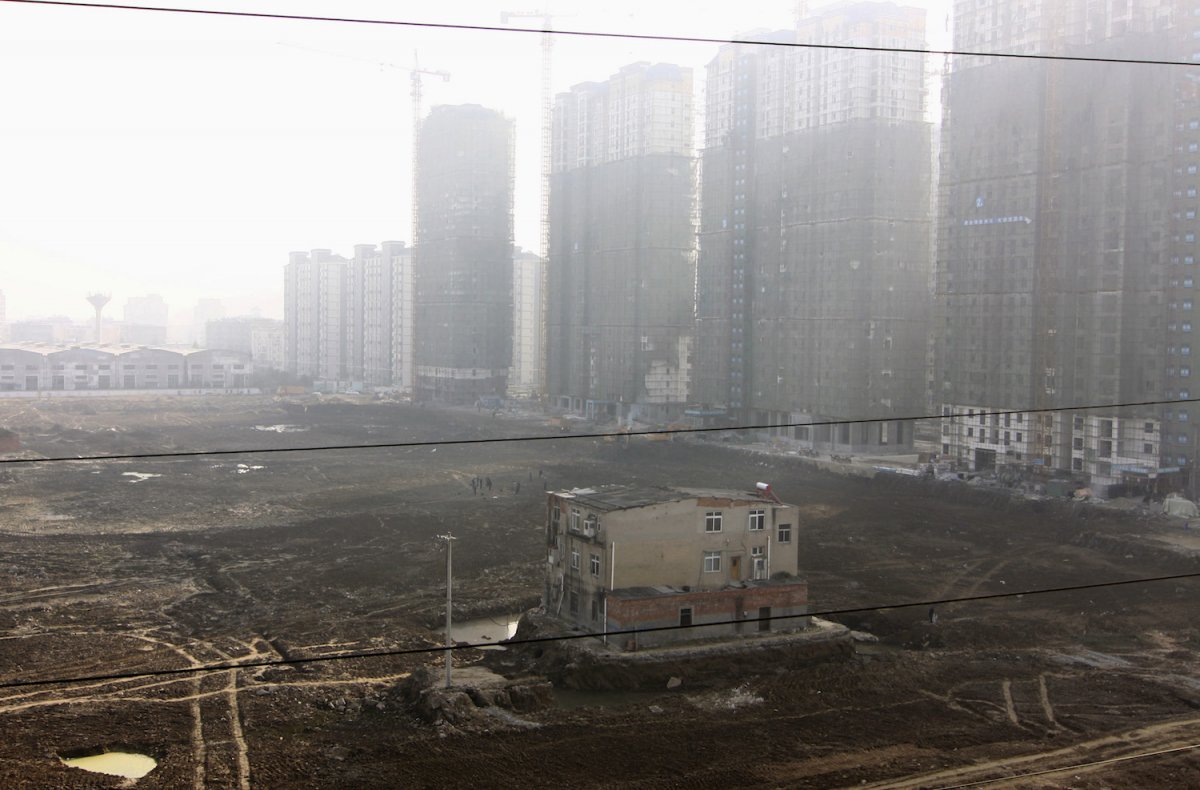 The construction site where this house sits in the Chongqing Municipality will be developed as a new zone of apartments. Taken in 2009.China Daily Information Corp/Reuters 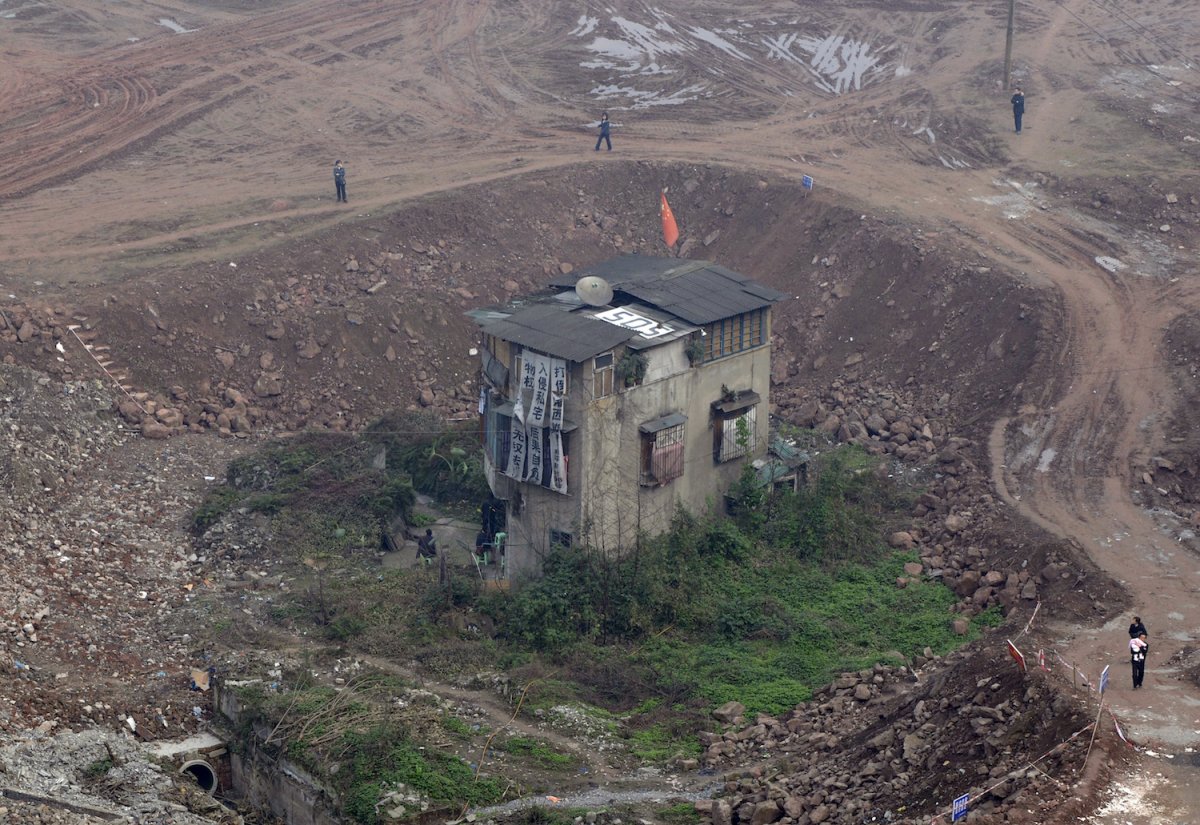 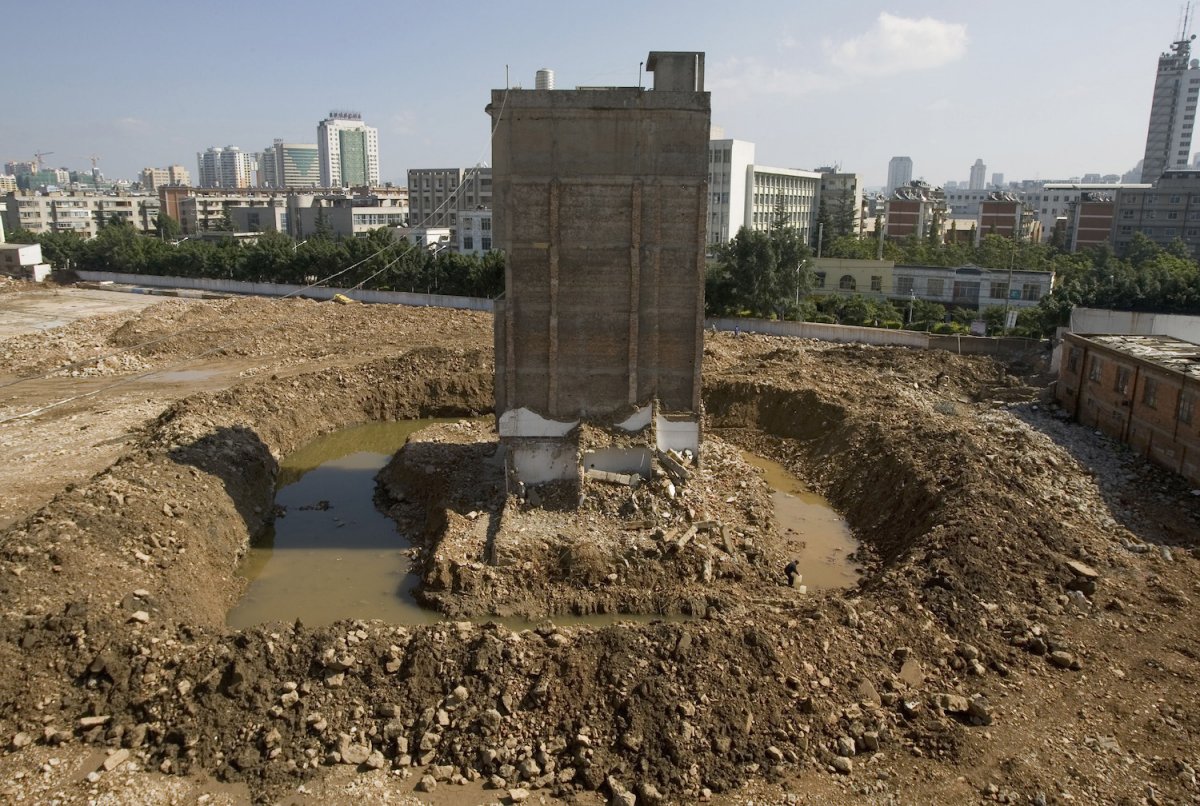 This "nail house" house sits on a mound above ground level because the developer dug out the land around it. Taken in 2015.China Stringer Network/Reuters 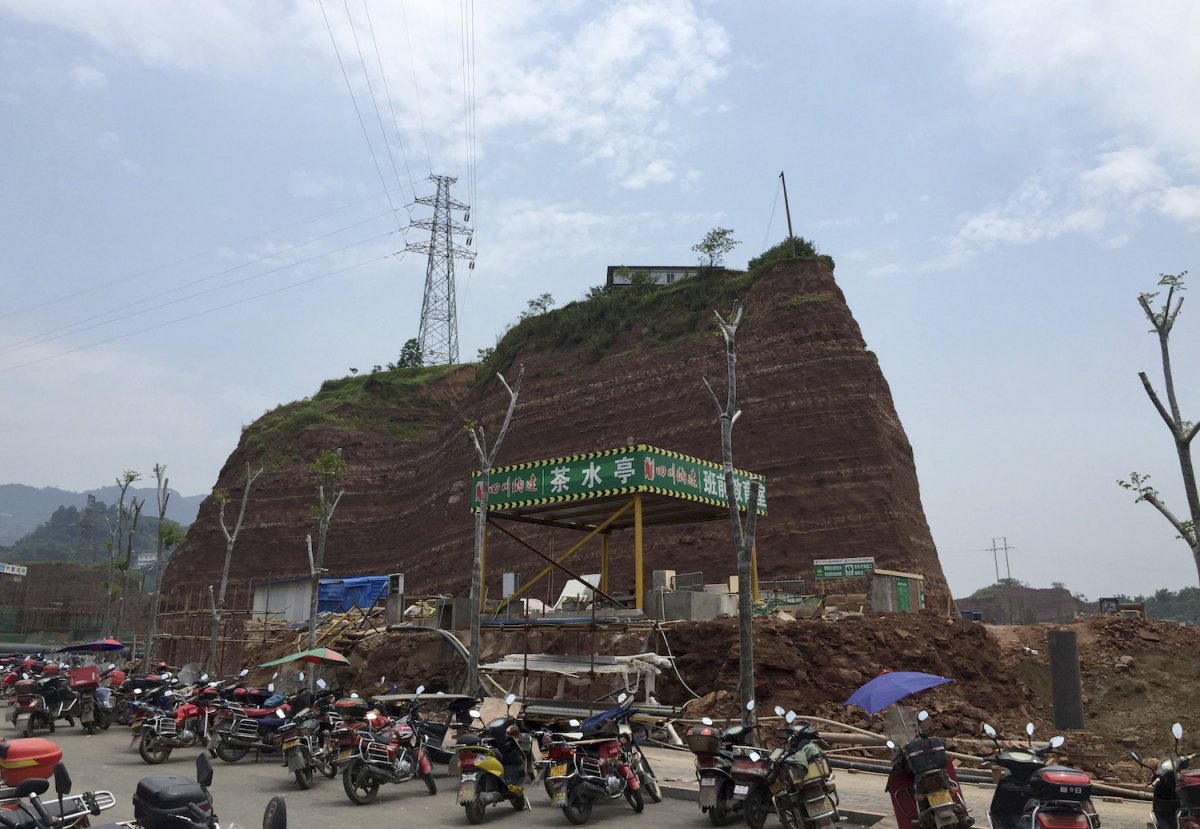 A "nail house" once stood in the middle of this road in the Heilongjiang Province, but it is in the process of being demolished and removed. Taken in May, 2016 China Stringer Network/Reuters 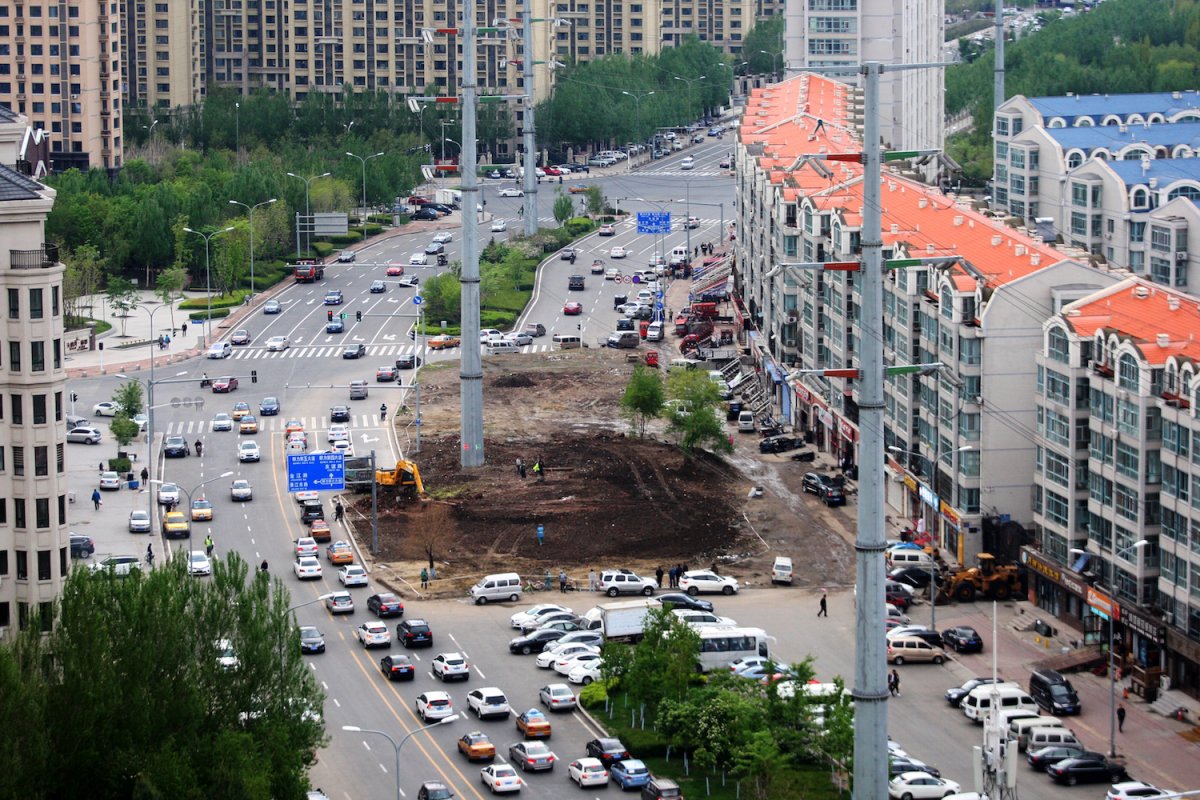 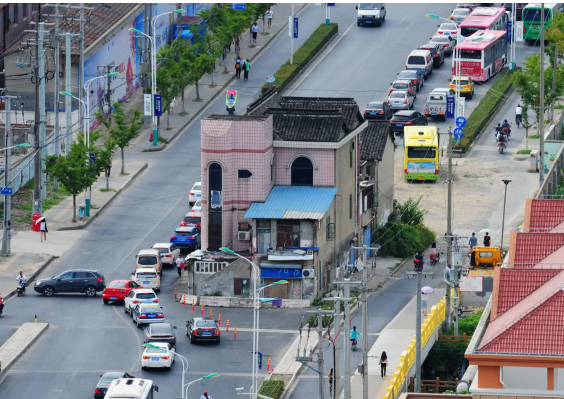