A serious 6.2 R earthquake hit central Italia on Wednesday morning. Amatrice, Pescara del Tronto and Arquata del Tronto were subjected to the deady earthquake and have been severely damaged. 247 people were killed and 400 are injured. Among them many are children.

The size of the main earthquake was estimated at 6.2 R and by the following morning 50 aftershocks had occured- one of them last Thursday (4.3R). The earthquake epicenter was at 4 km depth and 2 km far from Accumoli, an italian village. Scientists mentioned that the origin of earthquake was the seismic zone of Apennina and this caused lots of landslides and flattening of the small towns around.

Debris can be as deep as 10 m and rescuers have not stopped to try and save trapped people. Almost all buildings are flatenned and the crossing of Castellano bridge, which is the only way to access the damaged village – because all the roads are damaged- is dangerous. The paradox is that a clocktower stopped at the time of the earthquake that caused such devastation to buildings, hospitals, hotels and churches. 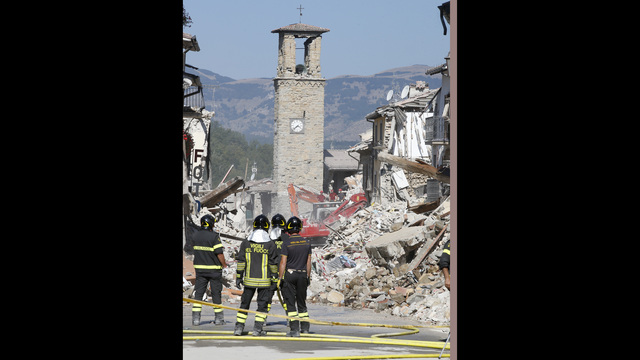 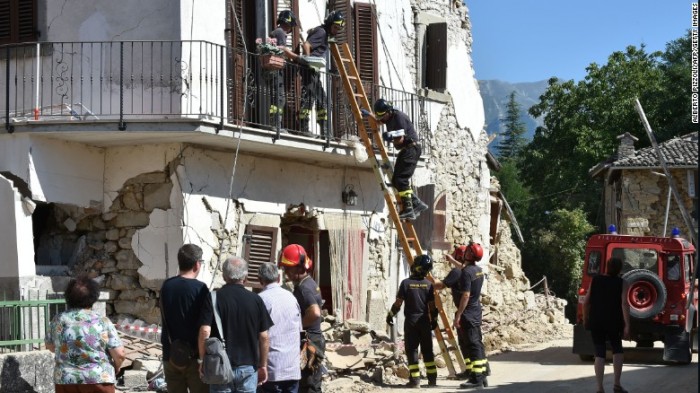 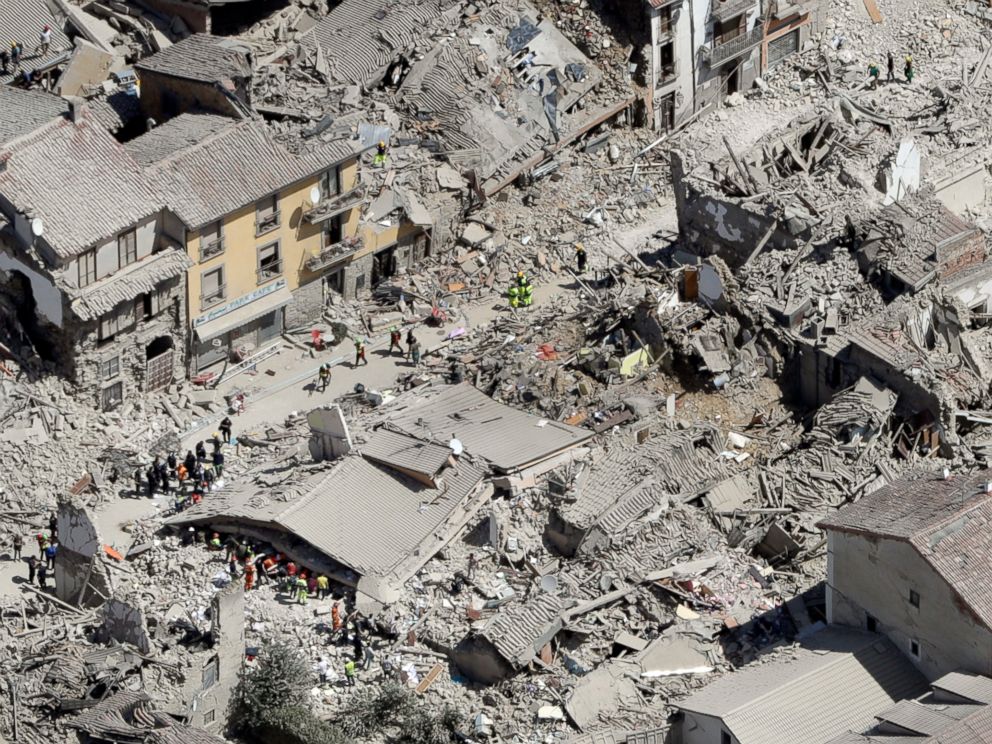 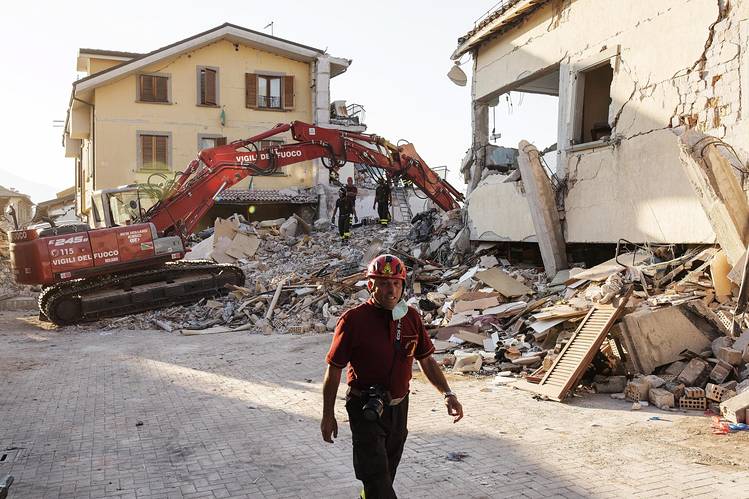 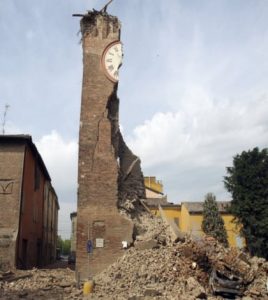 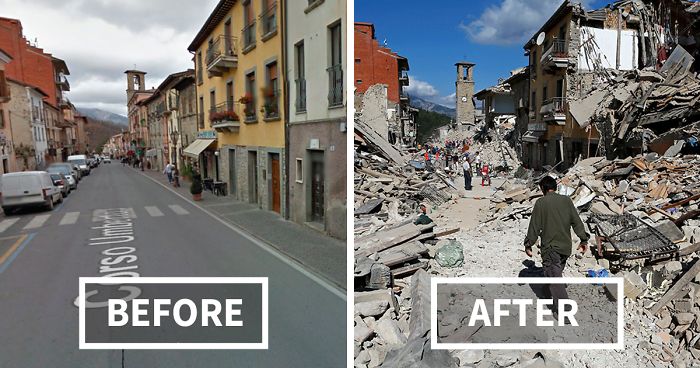 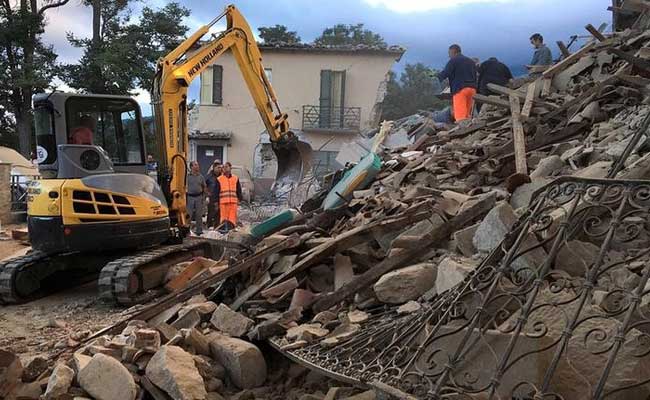 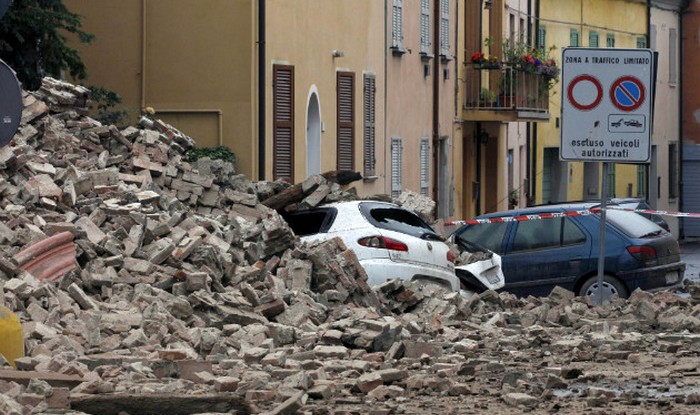 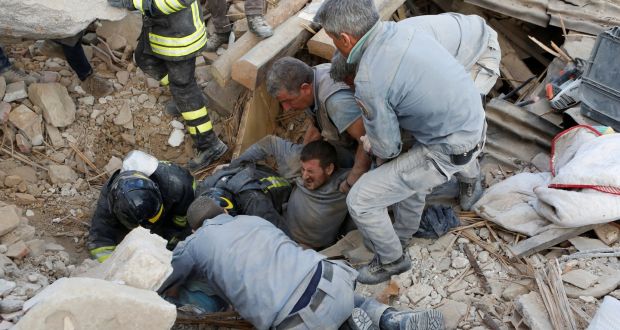 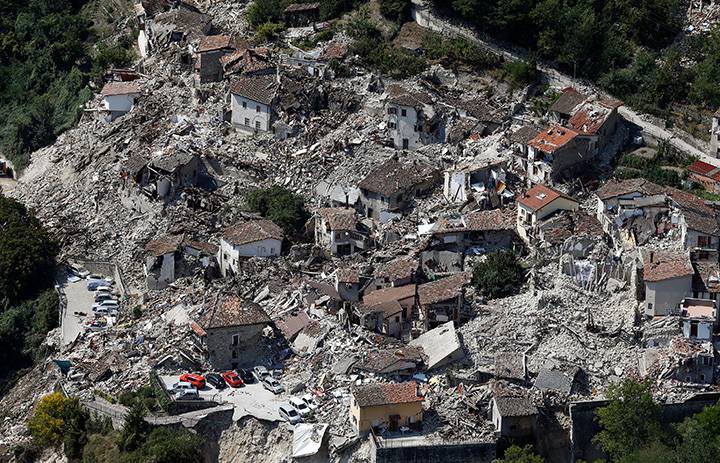