No reports of major damage, Japan's public broadcaster NHK said, after the strong earthquake, with a preliminary magnitude of 6.1, which jolted Tokyo late on Thursday, October 7th, 2021. The quake caused sporadic power cuts while train lines stopped being operational.

The temblor, at 10:41 p.m. (13:41 GMT), registered "strong-5" on Japan's intensity scale, a level that could cause some damage to buildings and power cuts, the Japan Meteorological Agency said.

The quake’s epicenter is in Chiba prefecture, to the east of the capital Tokyo. There was no danger of a tsunami from the quake, according to NHK.

The government set up an emergency response task force.

NHK showed new Prime Minister Fumio Kishida rushing back to his office. He told reporters he had instructed the task force to "find out about the latest situation, coordinate with local authorities on rescuing the victims of the disaster" and to provide information to the public in a speedy manner.

Several train and subway lines in Tokyo and Chiba which initially halted their trains had since restarted their operations, NHK said.

On March 11, 2011, the northeast coast was struck by a magnitude 9 earthquake, the strongest in Japan on record, and a massive tsunami. Those events severely damaged the Fukushima Daiichi nuclear power plant, triggering the world's worst nuclear crisis since Chernobyl a quarter of a century earlier. 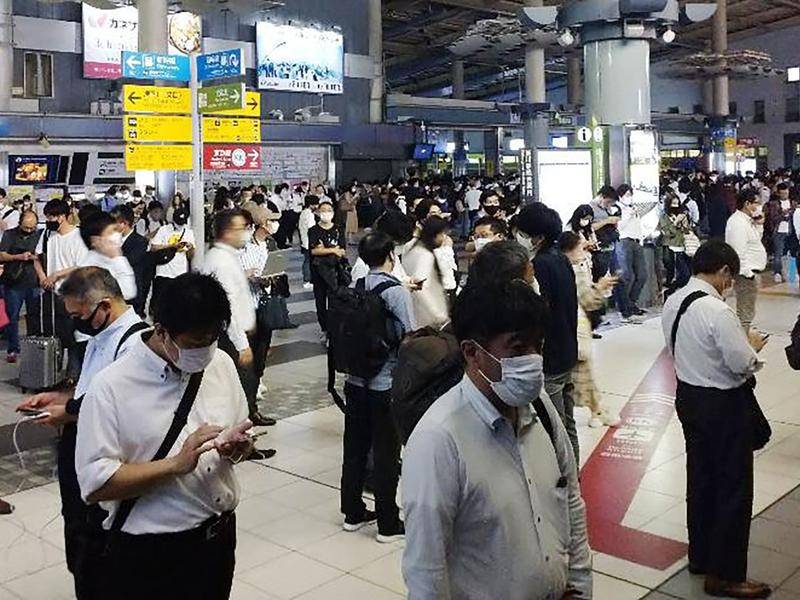 Tokyo rocked by 6.1-magnitude earthquake as tremors cause buildings to sway