The Double Helix Bridge of Singapore; a must see for structural engineers!

Bridges, as the structures which connect two separated parts of land, make easier and faster our transportation. The materials, the shape and the design differentiate one bridge from the other. Although, there are lot of impressive bridges worldwide, one that stands out is the Helix Bridge in Singapore.

Helix Bridge is also known as Double Helix Bridge thanks to its unique shape. It incorporates the shape of a double-helix and symbolizes life and creation. Most will know for example that the human DNA is represented by a double-helix. The bridge connects the Marina center with Marina South in the Marina Bay in Singapore. Its total length is 280 m and a lot of stainless steel was used for its construction. The bridge is supported by stainless steel columns which are filled with concrete. The structure weighs around 1700 tons in total!

Thanks to the inspiration of the DNA helix, pairs of colored letters c, g, a and t, which are lightened in red and green colors at night, represent the main nucleobases of DNA. This "architectural masterpiece" was undertaken by a collaboration of Sato Kogyo Pte Ltd and TTJ Design and Engineering Pte Ltd. Hundreds of workers worked for the completion of the bridge and the Helix Bridge, which has won numerous of awards thanks to its great design. Among awards received are the World's Best Transport Building' award at the World Architecture Festival Awards in 2010.The bridge opened to the public in April 2010, and it has attracted the attention of many tourists worldwide! A collection of photos is included below. 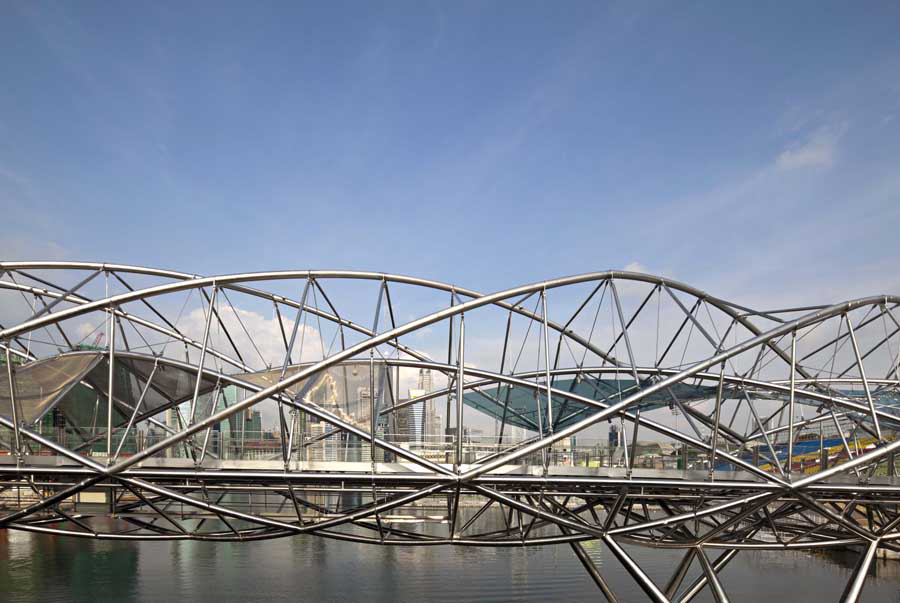 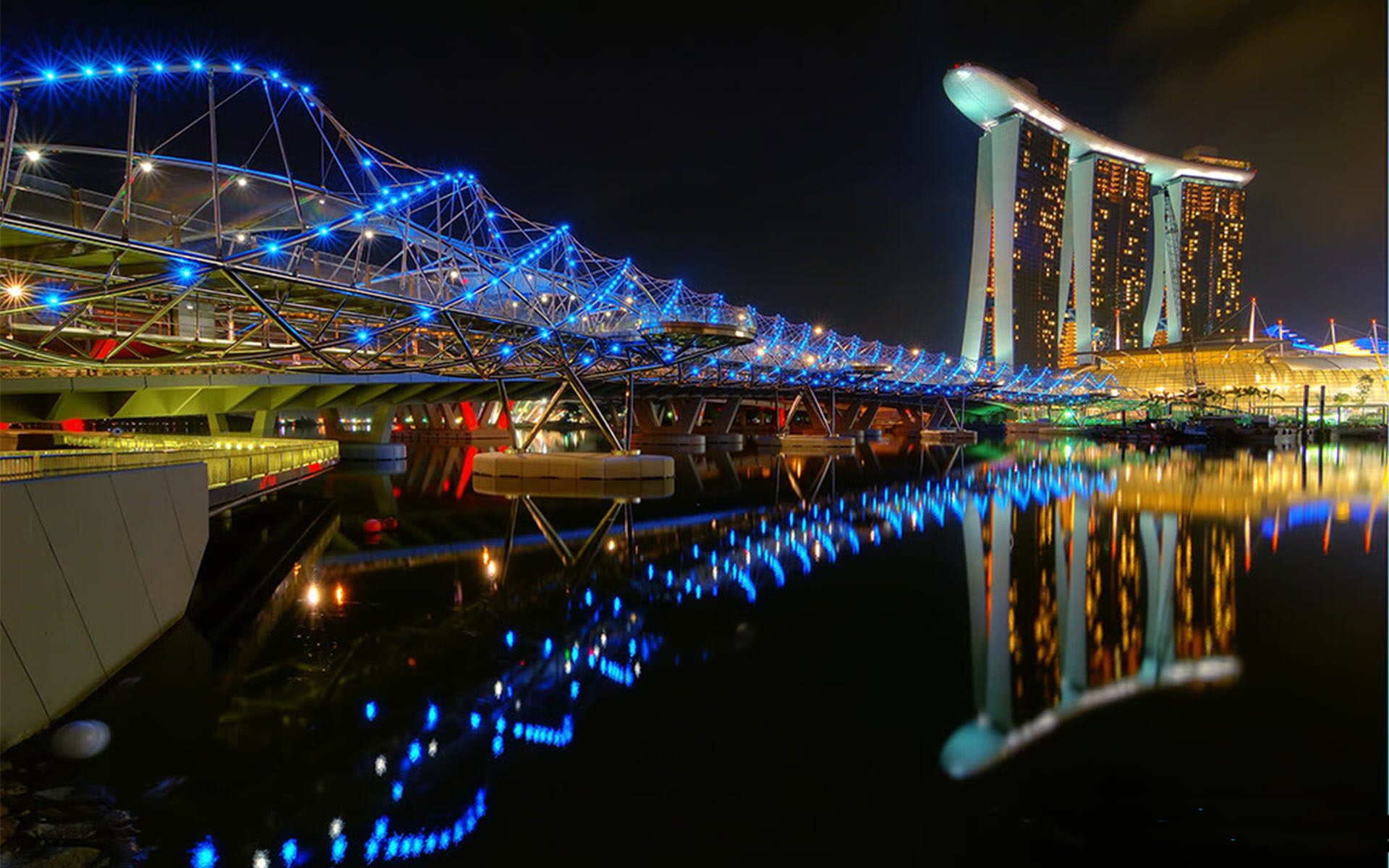 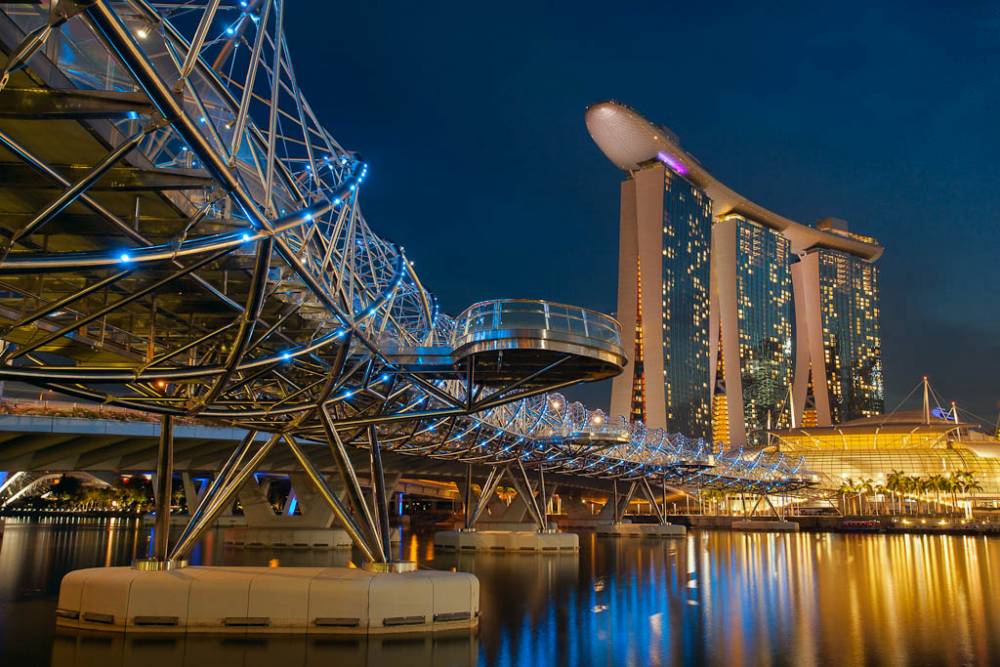 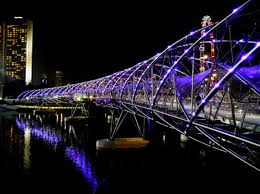 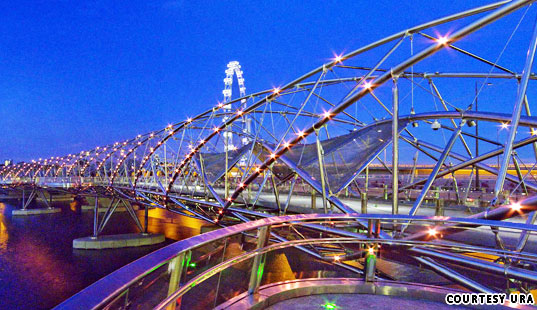