Between May 30th and June 1st, Bray bridge, crossing over River Thames, was widened in order to meet the standards for the upgraded M4 motorway.

Three new bridge beams were slotted into place on the north side of the existing bridge, extending the deck of the bridge by 8 meters, thus adding four traffic lanes. This extension is a requirement for the advancement of the M4 motorway to a smart motorway. For the expansion of the deck, 400 tons of steel were utilized. 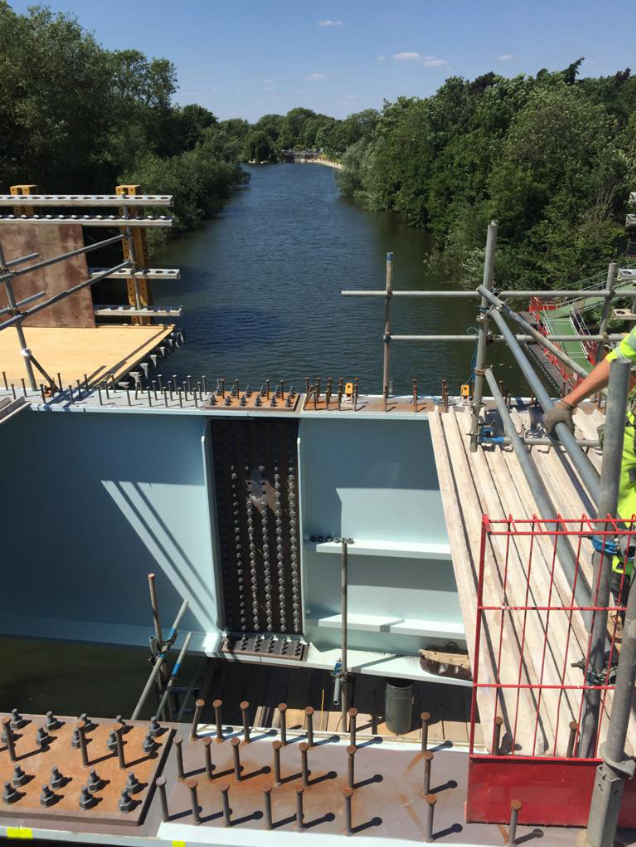 To achieve the upgrading of the M4 motorway, the replacement of 11 bridges along the motorway has been deemed necessary. At the moment, this task is mid-way to completion. The 60-year-old Thames River Bridge in Berkshire has been the most challenging part of the project, as it carries the motorway over the river. If the bridge was to be demolished and subsequently reconstructed, traffic cessation for a long time would be inevitable. Consequently, the idea of expansion of the bridge prevailed over the reconstruction. The structural elements used for the extension were per-fabricated at a nearby location and then transferred to their final position, for installation.

The installation procedure, including the application of per-tensioned cables, lasted 13 hours. Shaun Pidcock, Highways England-Smart Motorways project director, stated: “The team also had to contend with social distancing, extremely hot weather, and the added challenge of making sure all was kept to plan so that the M4 was ready and open by Monday morning. This was an exceptional achievement by everyone involved.” 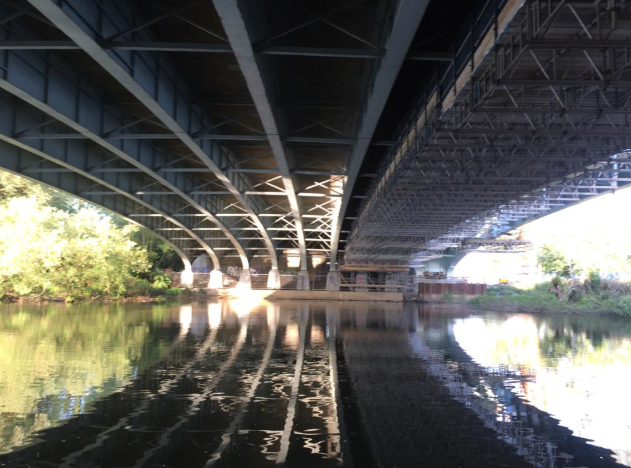 The new and the old part of the Thames Bray bridge (Credits: Maidenhead Advertiser)

The upgraded smart motorway is expected to be entirely available to traffic by the spring of 2022.

The installation procedure of the new steel beams
Cleveland Bridge