A retaining wall outside of a McDonald's restaurant in Minnesota partially collapsed.

The incident occurred on Tuesday, March 10, 2020. The restaurant is located on 21st Avenue East and London Road in the port city of Duluth, Minnesota.

According to officials, the wall fell apart in the afternoon and, fortunately, no one was injured. It hasn't yet been clarified what caused the failure, nevertheless, a team of engineers visited the site the following day to assess the conditions of the structure.

The wall supported the parking lot of McDonald's. A spokesman from Duluth stated that the contractor of the wall cleared the debris and closed a part of the parking near the affected area.

The restaurant's operation was not affected as it remained opened even after the collapse.

A repair procedure will soon initiate to restore the retaining wall. A time schedule concerning the construction works has not been issued yet, but they will begin as soon as possible, according to officials. 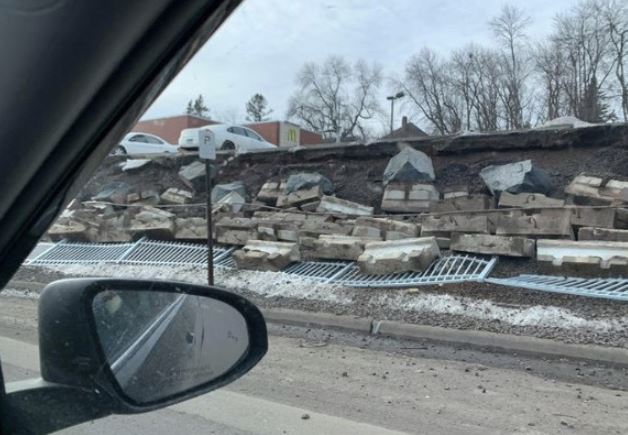