Tahquamenon Falls State Park conducted a survey of visitors in 2017 where 80% of respondents responded that they would likely visit the island at the Lower Falls if there was a bridge offering a connection to the mainland. A concession company offered rowboats to the island for many years.

After several years, the construction of a new pedestrian bridge will offer a new connection to the Lower Tahquamenon Falls, in the Upper Peninsula.

On Wednesday September 8th, contractors for the Michigan Department of Natural Resources used a helicopter to install the 142-foot bridge in four sections across the Tahquamenon River below the falls. The bridge is scheduled to open for visitors in October, offering universal access to the Lower Falls island.

The bridge is connected to a 350-foot boardwalk around the perimeter of the island in the Lower Falls section of the park. The entire project, which will cost $1.28 million, includes also other accessibility improvements around the park. 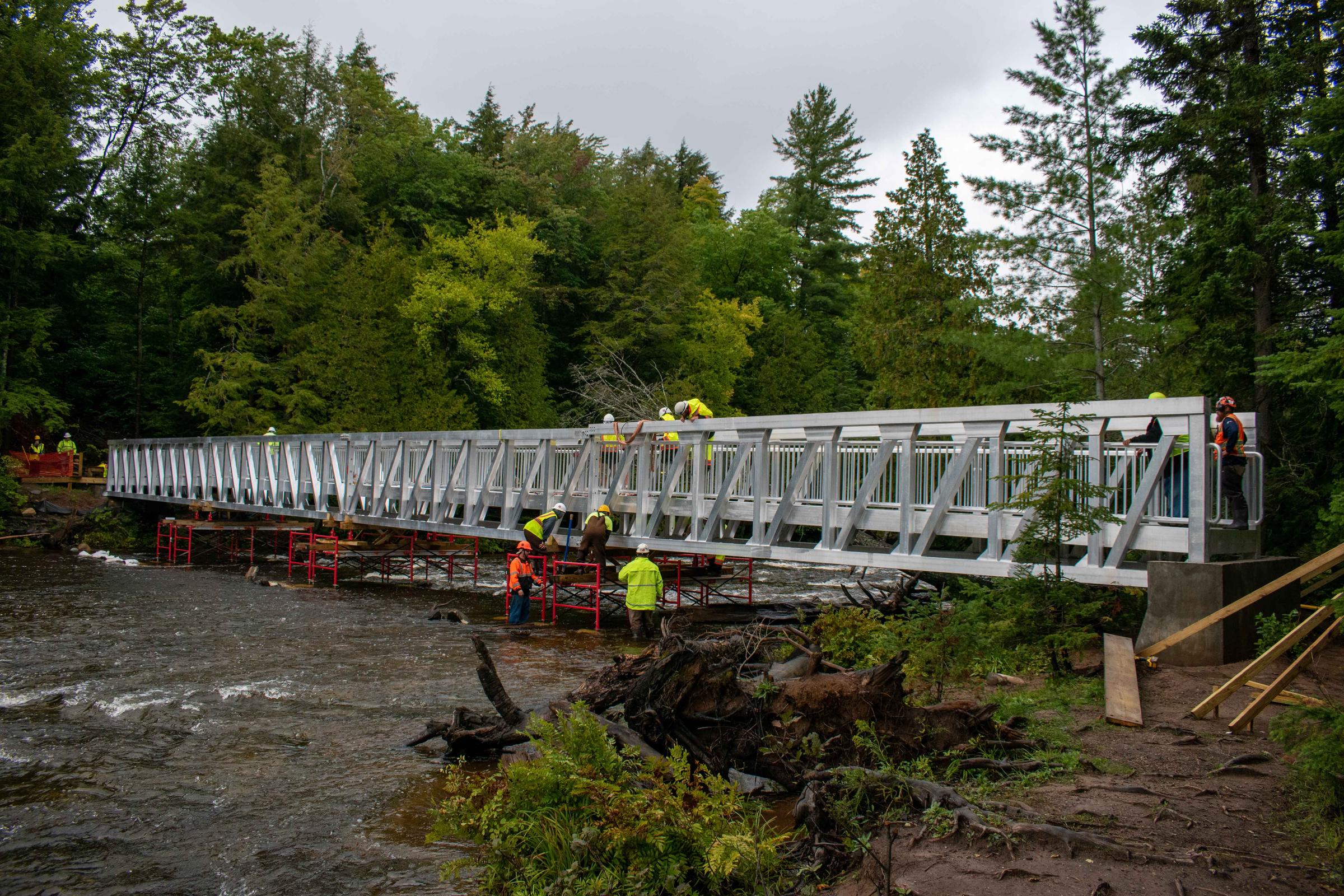 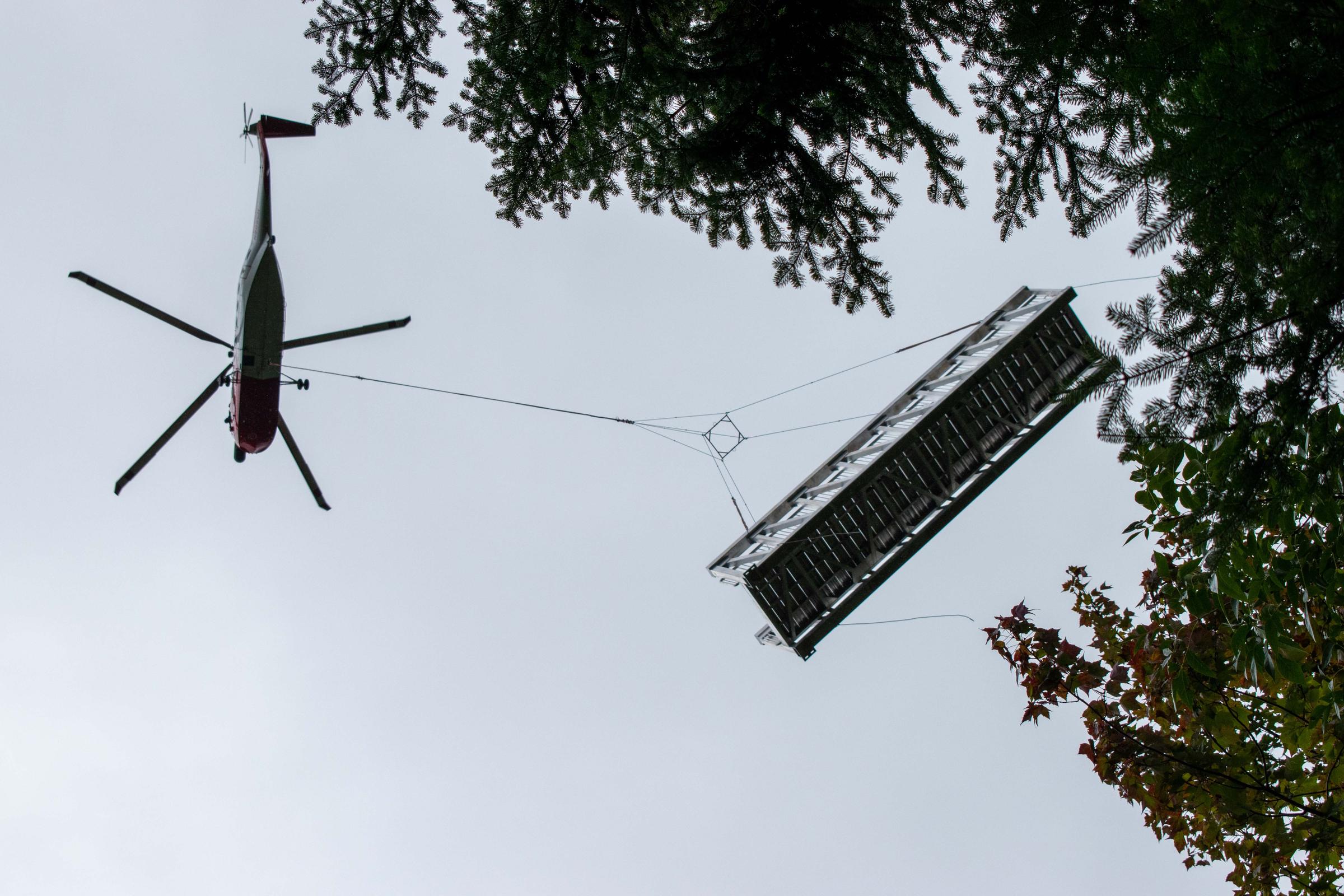