On Tuesday May 5th, the top of the Humen Bridge, Southern China’s suspension bridge, oscillated like the surface of the ocean. Strong winds are responsible for the unusual behavior. At the time, the bridge was filled with cars. Despite the fact that the road traffic ceased promptly, the vibrations continued for an additional day, with decreasing rate.

The president of the International Association for Bridge and Structural Engineering, Ge Yaojun, stated that the observed shaking was probably a result of vortex vibration caused by wind and clarified that the phenomenon seen on Wednesday is not necessarily associated to the one on Tuesday. A thorough investigation is underway.

Based on the preliminary assessment of the bridge, it was shown that the Humen Bridge remains intact and safe for use. The experts came to a conclusion that the 1.2 meters high lateral crash barriers, which had been placed periodically during repairs of the bridge on the two sides of the road, are responsible for the abnormal behavior of the deck, when subjected to wind loads. More specifically, the placement of the crash barriers led to an alteration of the aerodynamic shape of the bridge, making the bridge not to respond adequately to stress developed due to the vortex. Consequently, the experts removed the crash barriers, although the shakes persisted. According to Zhang Xinmin, an engineer from the company managing the Humen Bridge, these remaining vibrations are due to inertia and will gradually disappear. 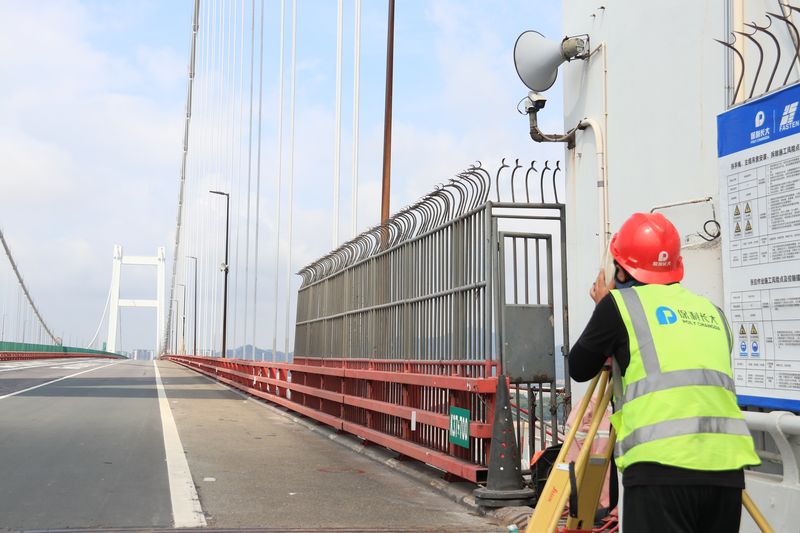 Humen Bridge still oscillating after the removal of the crash barriers (Credits: jqknews)

Humen Bridge is a 16 kilometers long suspension bridge, inaugurated in late 90s. It links Guangzhou and Dongguan above Pearl River, being a critical artery for China. The phenomenon observed at the bridge resulted in community concerns, which subsequently led local officials to underline that suspension bridges are designed to have flexibility.

Officials intend to collect data concerning the peculiar behavior of the bridge, in order to know how to face similar situations in the future, and more fully understand the effect of crash barriers on the aerodynamic shape of a bridge.

Click the video below to watch the oscillation of Humen Bridge!

At least three people have been confirmed dead, w...

Teams of airborne 3D-printing drones could one da...