Category 4 hurricane Ida hit southeastern Louisiana's Port Fourchon at a around 1 p.m. August 29th and slowly scraped across the state, delivering catastrophic winds and torrential rain to the same places for hours.

Officials reported that at least 15 people have lost their lives in Louisiana.

After the passage of Ida, many neighborhoods left underwater, while streets were full of debris. US Coast Guard Vice Adm. Steven Poulin said the pictures he's seen in the media don't reveal the extent of the storm's wrath.

Because of the hurricane, more than 1 million homes and businesses were left without power, with the authorities not being able to estimate the restoration. That situation could be the case for the residents for several days or weeks.

In St. John the Baptist Parish, where 17 inches of rain and 5 feet of storm surge flooded the area just northwest of New Orleans, nearly 800 people had to be rescued Monday.

"This is one of the worst natural disasters I've ever seen in St. John," parish President Jaclyn Hotard said. While damage was immense, there were no reports of any deaths, she said.

Video from these areas showed parts of roofs flying off homes and businesses, fallen trees lying on cars and homes, and high water taking over roads and communities in southeastern Louisiana and southern Mississippi. In hard-hit Houma, some buildings were leveled, and others were missing pieces of roofing. 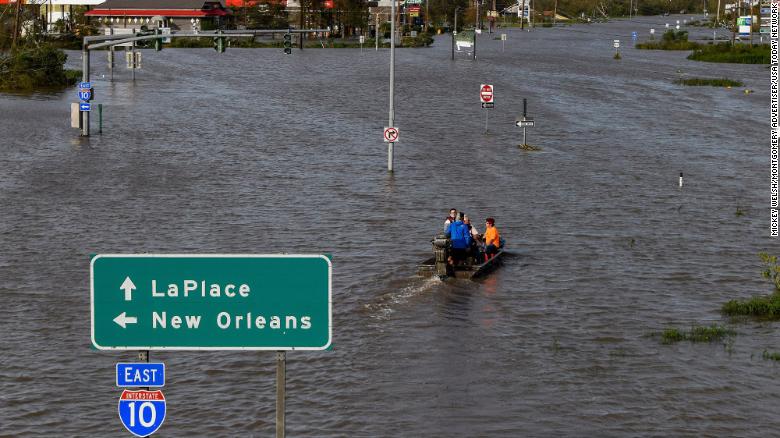