In 1916, marshlands along the Oakland Estuary in San Francisco were filled in to create the Alameda Marina. During World War II, the area was used for shipbuilding and repair. After the war, the Marina continued to be a boatyard and home to several maritime businesses up until the early 2000s.

Now, the site is under redevelopment as a 44-acre master-planned community. The Marina will be reimaged into a mixed-use commercial and residential property, including •

Before construction could begin, the area required rehabilitation of the existing wharf structures and seawalls. Additionally, the site improvements needed long-term protection against the rising sea levels, so the site grade had to be raised approximately 5 ft.

Geotechnical investigations across the site revealed low-bearing soils with a potential for significant liquefaction during a seismic event. “The geotechnical engineer recommended deep soil mixing and drilled displacement columns as the solution,” says Project Manager Blair Rushing. “However, we had a different approach.”

Keller offered a design-build solution consisting of deep soil mixing (DSM) and mass soil mixing. Blair continued, “This combination provided the most effective and economical solution for the owner and minimized construction risk.” 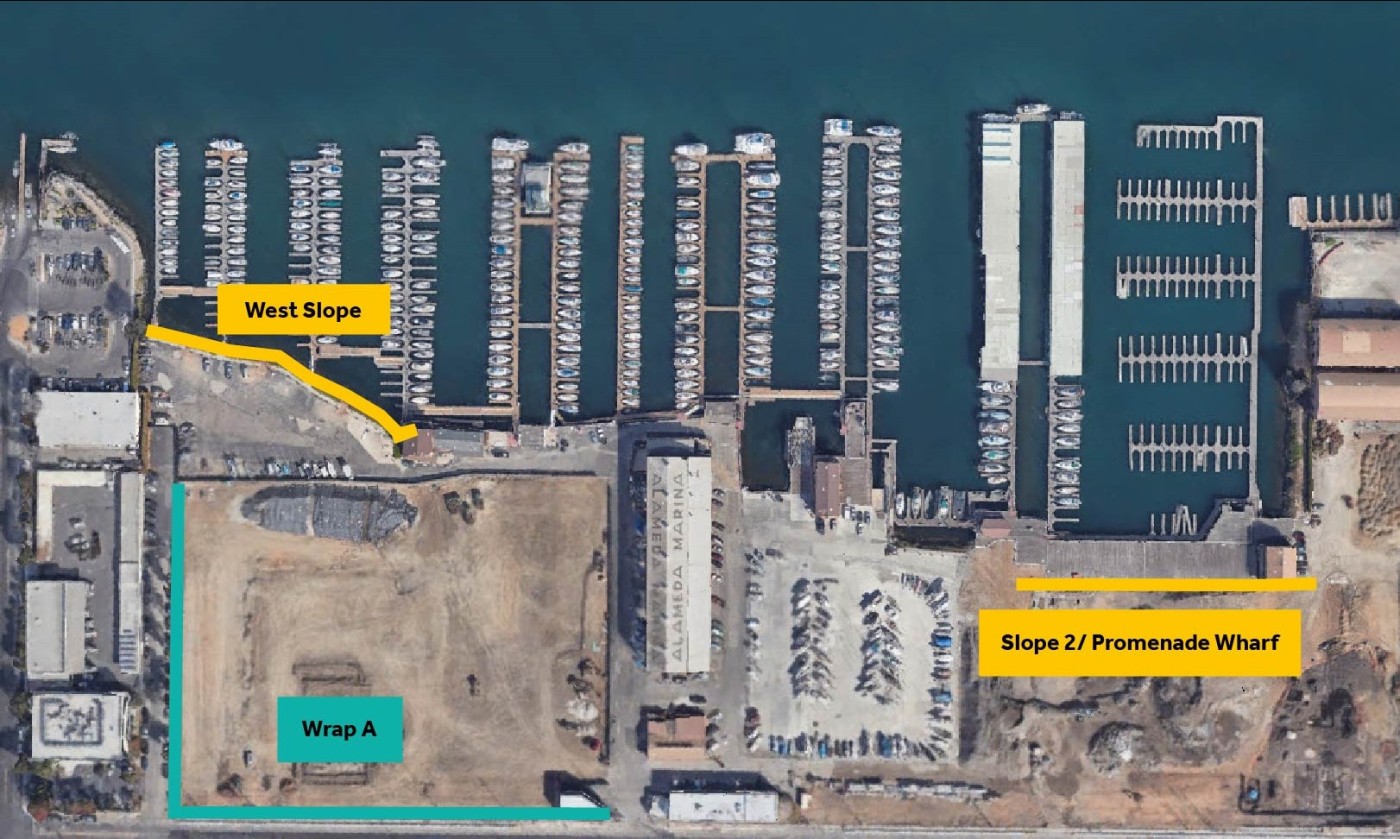 In Slope 2, mass soil mixing was used to create a closed-cell condition on the waterfront. First, a longitudinal cell was installed parallel to the shoreline and was 5.5 ft wide, and 380 linear ft long. Transverse cells were constructed perpendicular to the shoreline.

In Wrap A, 6 ft to 8 ft diameter DSM columns were installed to support vertical loads.

Blair commented, “Work progressed well. We were concerned about potential drilling obstructions, but we pre-excavated to avoid any schedule delay.”

“I am very thankful for the team that helped us win the CalGeo award,” Blair concludes, “It was a team effort all around and a great display of Keller excellence.”